CORVALLIS, Ore. – A roadway setup known as the “bike box,” a painted-off area for bicyclists at the front of an intersection, can help them stay safe at urban, signalized intersections, research by the Oregon State University College of Engineering indicates.

The findings, published in Accident Analysis & Prevention, are important because the number of cyclists killed in collisions with motor vehicles is on the rise, according to the National Highway Traffic Safety Administration, and nearly half of all bicycle-car crashes happen at intersections.

In 2020, the latest year for which numbers are available, 932 bicyclists in the United States were killed in collisions with motor vehicles, the agency’s data show – an 8.9% increase from the 856 killed in 2019. And according to the National Safety Council, another group that tracks bicycle fatality data, deaths from bicycle transportation incidents have increased 44% in the last decade.

The project employed a bicycling simulator that replicates traffic conditions to examine the safety enhancement ability of three types of intersection treatments – a mixing zone, bicycle signals and the bike box.

In a mixing zone, the bike lane goes away just before an intersection and is replaced by other lane markings including “sharrows” that indicate bicycles will be sharing a lane with cars seeking to cross the former bike lane area to execute a right turn.

A bicycle signal, as its name suggests, is a traffic light specific to bikes; when the signal turns green, the bicyclist is free to cross the intersection.

With the bike box treatment, the idea is to use paint to box off the front of the intersection from cars, essentially holding them back so bicycles in the bike lane get a head start through the intersection and are more visible to motorists.

Hurwitz, Scott-Deeter, Russo and Sirisha Kothuri of Portland State University put 40 research subjects through multiple scenarios in the simulator for each intersection treatment – the riders pedaled a stationary bike in front of a large screen displaying the roadway, scenery, vehicles, etc.

To measure how well each design worked for each rider, the researchers administered a survey, tracked the subjects’ eye movements, measured stress levels and the charted the paths the riders took.

The conclusion: Among the treatments studied, the bike box was the most versatile, providing a balance of increased safety while also requiring the rider to perceive potential danger and be ready to respond accordingly, the researchers note.

“Time-space measurements showed that the mixing zone treatment correlated with the most unpredictable riding behaviors,” Hurwitz said. “With a bicycle signal, analysis of the participants’ eye movements revealed a lower rate of detecting a potential conflict vehicle. The bike box proved the most effective treatment for encouraging safe riding habits while also providing enhanced safety for bicyclists at signalized intersections.”

The mixing zone treatment “created the most discomfort” among the riders, the paper notes, but also made them the most careful.

“The mixing zone has potential as a treatment if we are limited by available right of way for other design alternatives,” Scott-Deeter said. “Positioning data indicate cyclists are willing to merge with the traffic, but the sporadic and unpredictable riding habits associated with a mixing zone may expose bicyclists to higher risk.”

A bicycle signal gave riders the highest levels of comfort, but they tended to assume the signals would protect them and thus showed less caution, including making fewer eye movements to help ensure they weren’t riding into danger.

“That might increase the risk of crashing with errant drivers,” Hurwitz said. “The eye-tracking data clearly showed reduced vigilance in searching for potential conflicts at the intersections. Thus we’d recommend installing bicycle signals only when there is a clear need for them.”

The Oregon Department of Transportation supported this study, based on research for ODOT’s Impacts of Intersection Treatments and Traffic Characteristics on Bicyclist Safety report. 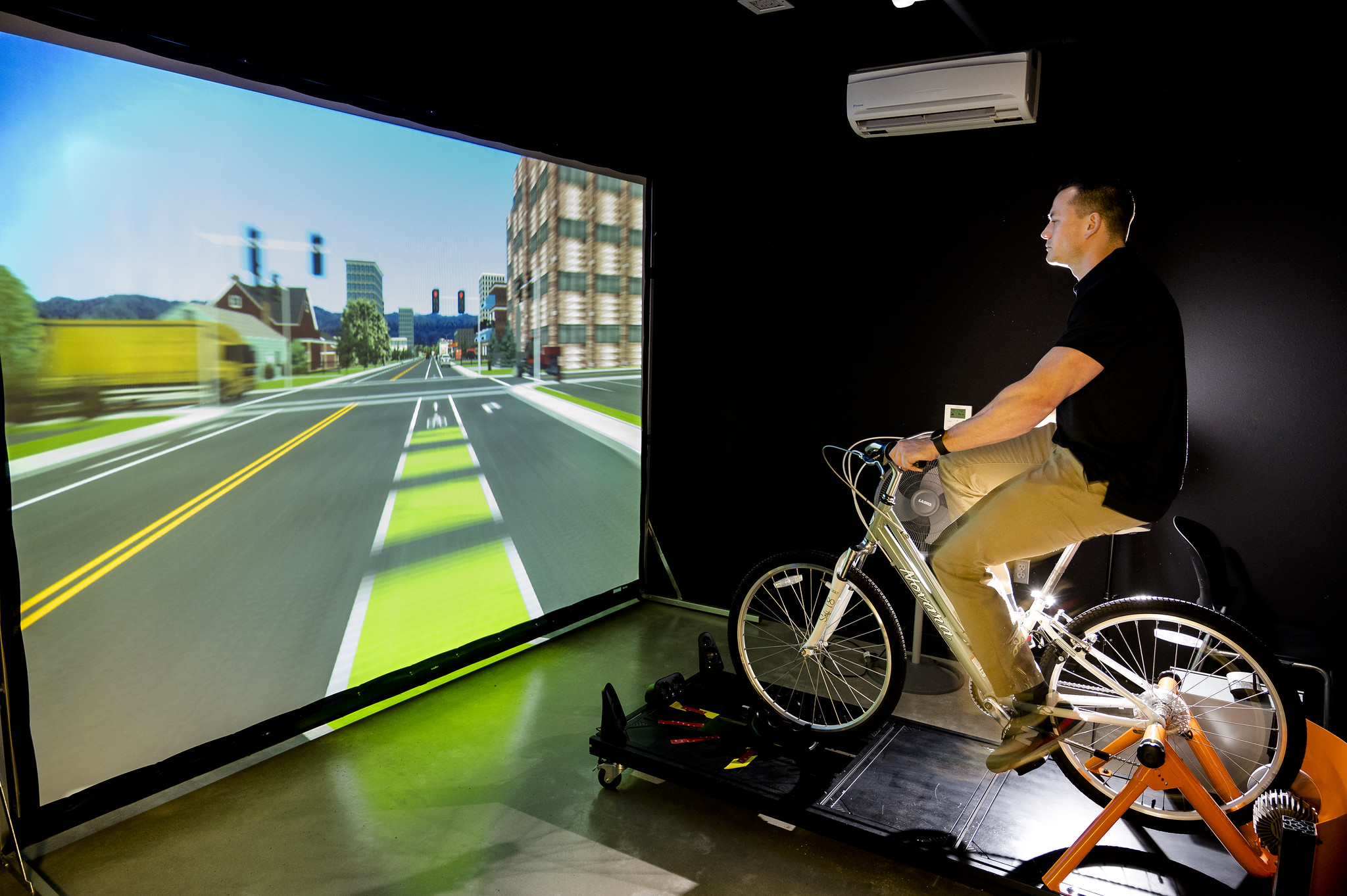 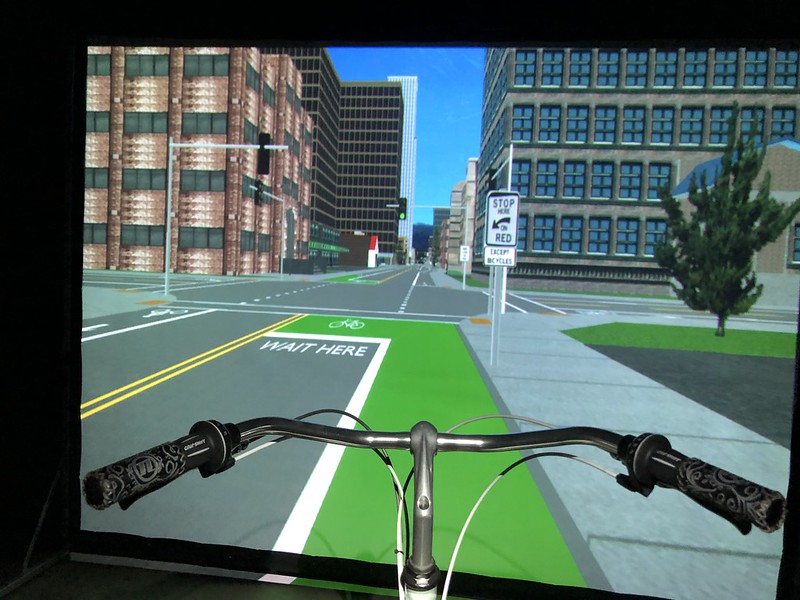