After diagnostic testing at Oregon State University’s veterinary hospital, 6-year-old Amur tiger Bernadette from the Oregon Zoo is back to her healthy, playful self, zoo staff say.

“Bernie” was taken to the Lois Bates Acheson Veterinary Teaching Hospital at OSU’s Carlson College of Veterinary Medicine in the fall to find the cause of a seizure she experienced over the summer. Zoo veterinarians and care staff were concerned the 270-pound tiger might have epilepsy and wanted to determine the best course of treatment, so they transported her to Corvallis for testing.

At OSU, she received an MRI to scan for brain abnormalities, along with an ultrasound of her abdomen and a spinal tap to check for other potential areas of concern.

Bernie’s medical issues began in early summer, when she was feeling “punky” and displaying a low appetite, lead tiger keeper Megan Hagedorn of the Oregon Zoo said. Zoo staff fitted her with a glucose monitor and diagnosed transient diabetes, for which she was treated orally until her blood-glucose levels stabilized.

However, in July, she had a seizure. She was unsteady on her feet and took a couple hours to recover, and zoo staff wondered whether other similar incidents might have gone unseen.

Bernie was put on anti-seizure medication and monitored closely. Signs around her habitat marked it a “quiet zone” so zoo guests could understand what was going on and alert keepers if they noticed anything amiss.

With the MRI, OSU veterinarians were able to rule out a brain mass, hemorrhage or other major brain problem that could permanently affect her quality of life, but there were small abnormalities that could have resulted from a stroke or high blood pressure.

“There are idiopathic seizure disorders you can manage medically; the MRI is to rule out the less-desirable causes of seizures,” said Dr. Ron Mandsager, who led the anesthesiology work during Bernie’s hospital visit.

The spinal fluid test was to check for parasites, viruses and bacteria that could have led to a seizure, but all the results were negative.

“It was great to be able to rule out some of our larger concerns,” said Dr. Carlos Sanchez, head veterinarian at the Oregon Zoo, who oversaw Bernie’s care at OSU.

Sanchez said the testing was much easier to accomplish thanks to training work at the zoo, where Bernie learned to calmly cooperate while giving blood samples, even receiving a COVID vaccine.

“It’s actually rather difficult to inject a tiger,” Sanchez said. “Even domestic cats don’t like it — imagine a 270-pound tiger.”

Because the MRI did not reveal anything to indicate an ongoing problem, zoo staff began tapering down Bernie’s anti-seizure medication, watching her closely to make sure no new incidents occurred.

She is doing remarkably well and has been playing and swimming in her habitat, zoo staff say.

Bernie first came to the Oregon Zoo in 2019 with her sister, Eloise, and was a dominant “sassy” cat, Hagedorn said. She mellowed out a bit after Eloise was transferred to Idaho Falls on a recommendation from the Species Survival Plan for Amur tigers, a cooperative program among zoos that helps create genetically diverse, self-sustaining populations to guarantee the long-term future of the critically endangered species.

Bernie had been scheduled to move to a new facility as well, but that was put on hold because of her medical issues.

She’s a great animal, Hagedorn said, who likes people and working with her keepers. She naps 18-20 hours a day and she loves goat milk.

For her sixth birthday in September, Bernie received themed enrichment items: a cardboard “cake” and “presents” scented with her favorite smells of cloves and perfume, which she happily tore to shreds, Hagedorn said. 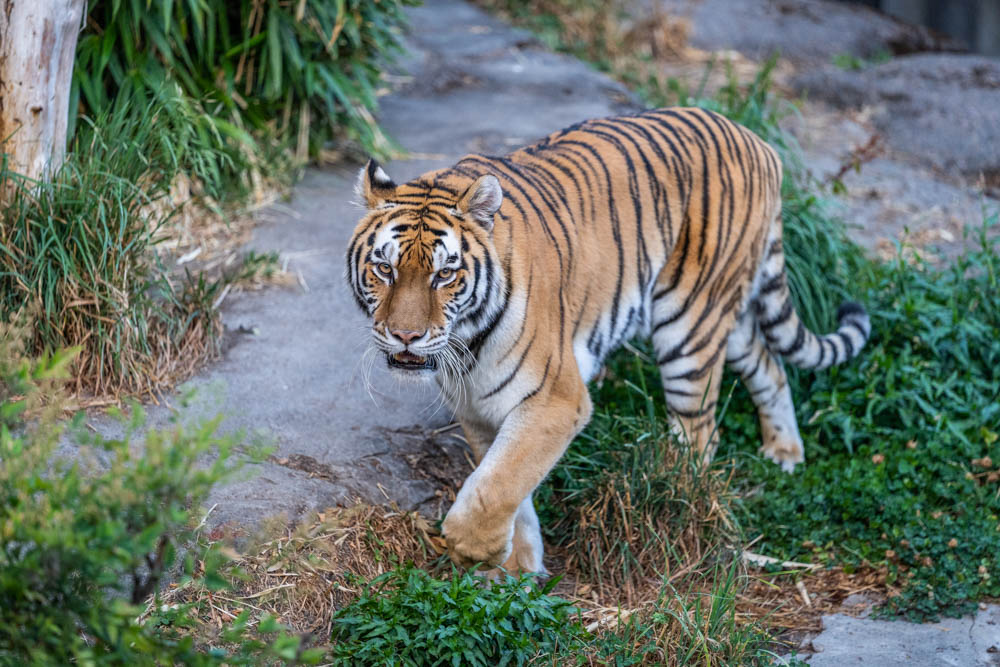 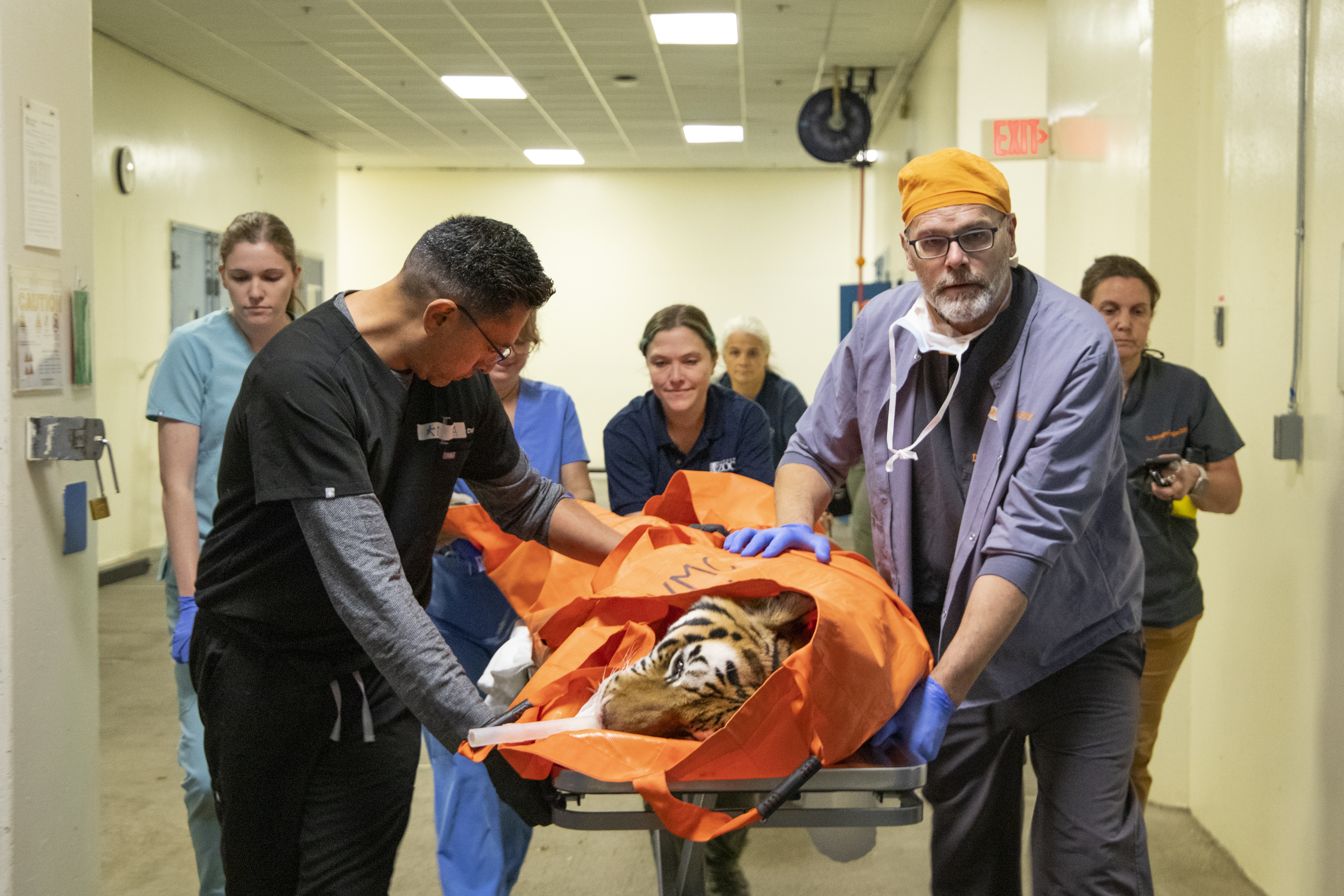 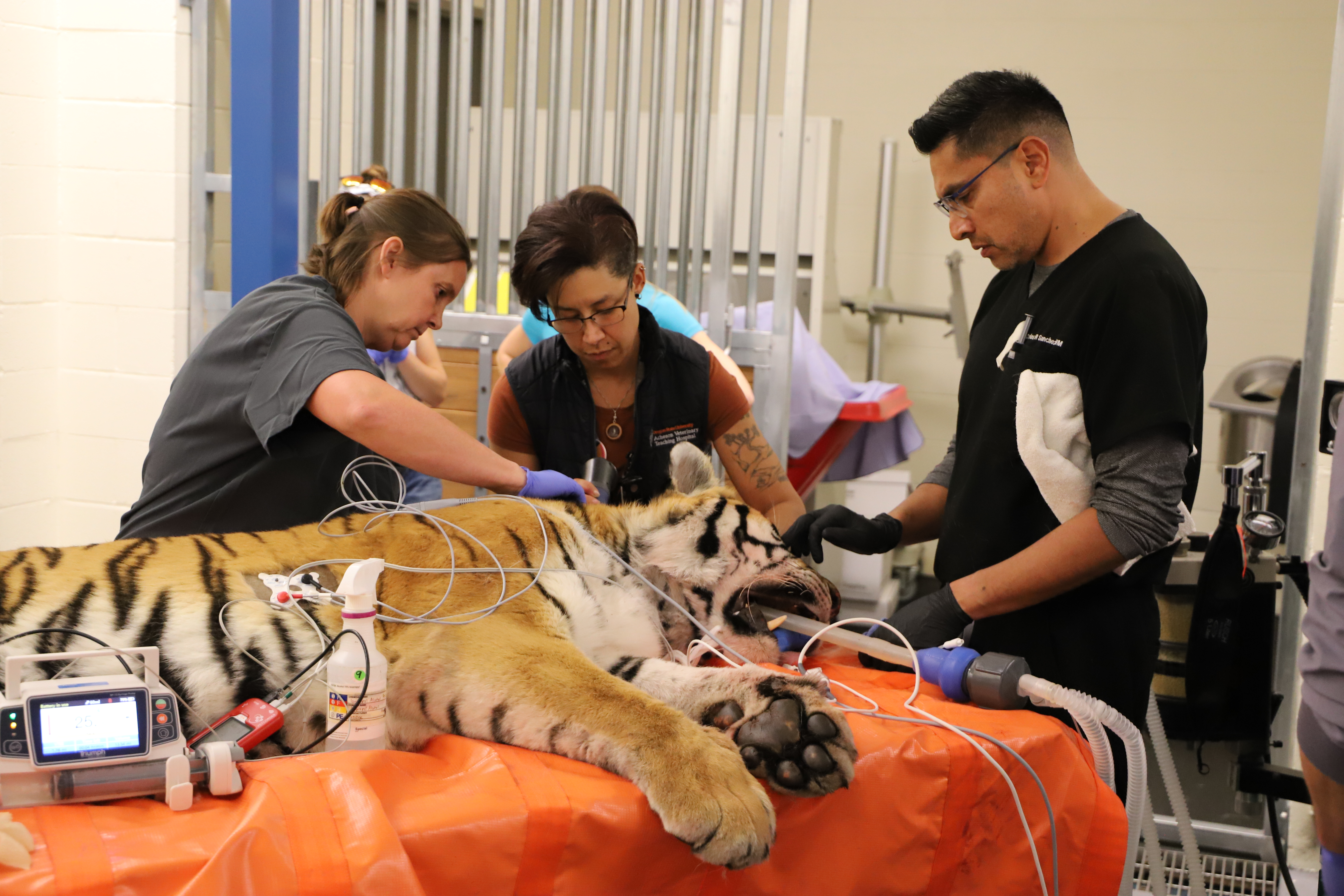