Going forward, undergraduate students applying to any of Oregon’s public universities will have the option—rather than the requirement—of submitting standardized test scores with their application for admission.

Across the nation, more than 1,000 four-year universities and colleges, including almost 400 top-tier four-year universities and colleges, have either abandoned standardized testing altogether or now provide students the option to take such tests. These changes follow decades of research regarding the contribution of standardized admissions tests in accurately predicting a student’s academic success once in college.

Test-optional policies nationwide allow students to determine whether a standardized test score is reflective of their academic accomplishments and ability.

“As public universities, it is our duty to serve a broad cross-section of society and to provide access to educational opportunities for all academically accomplished learners,” said Neil Woolf, vice president of enrollment management and student affairs at Southern Oregon University in Ashland.

Woolf said national studies have demonstrated for years that the single most accurate predictor of academic success in college is a student’s high school GPA.

“Standardized tests add very little to our ability to predict an individual student’s success at a university or college,” said Jon Boeckenstedt, vice provost for enrollment management at Oregon State University, noting that evidence also exists that standardized test results might not be inclusive.

“I have seen clear patterns that – when weighted heavily in the admissions process – standardized tests provide admissions advantages to students who are already advantaged, including students from higher income families,” said Boeckenstedt. “Some believe standardized test scores are merely a reflection of accumulated social capital, rather than an objective measure of a student’s academic ability or potential.”

“Students who believe their test scores are indicative of their ability or talent are welcome to submit scores, just as they are welcome to submit any supplemental information,” said Jim Rawlins, director of admissions and assistant vice president for enrollment management at the University of Oregon. “Students who choose not to submit an SAT or ACT will be evaluated on the strength of their high school academic program and other materials in the application.”

“We are excited that all the public universities in Oregon are moving to test optional admission applications, said Gary Dukes, vice president for student affairs at Western Oregon University in Monmouth. “Research has shown that test scores are not the best predictor of college success and this will provide access to more students who might not have otherwise been admitted.”

Chuck Knepfle, vice president of enrollment management at Portland State University, said the universities’ decision to allow students applying for admission the option to provide standardized test results is in keeping with the reason Oregon’s public universities were founded.

“We were founded – and exist today – to serve learner needs,” Knepfle said. “We believe that by establishing the national precedent of a state-wide commitment to move to test-optional, we are moving Oregon forward toward its 40-40-20 educational attainment goal."

“In light of the uncertainty occurring in Oregon and globally around COVID-19, we hope Oregon universities’ decision to allow students to choose to not provide standardized tests results relieves some of the stress being felt by learners and their families during these very challenging times.”

Additional information on Oregon’s public universities choosing to become test optional in undergraduate admissions can be found on the admissions office website of each university. 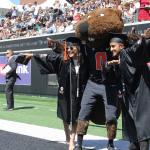 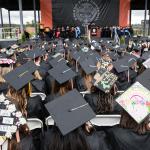