Antarctica wasn’t quite as cold during the last ice age as previously thought, new study shows

CORVALLIS, Ore. – A study of two methods for reconstructing ancient temperatures has given climate researchers a better understanding of just how cold it was in Antarctica during the last ice age around 20,000 years ago.

Antarctica, the coldest place on Earth today, was even colder during the last ice age. For decades, the leading science suggested ice age temperatures in Antarctica were on average about 9 degrees Celsius cooler than at present.

An international team of scientists, led by Oregon State University’s Christo Buizert, has found that while parts of Antarctica were as cold as 10 degrees below current temperatures, temperatures over central East Antarctica were only 4 to 5 degrees cooler, about half of the previous estimates.

The findings were published this week in Science.

“This is the first conclusive and consistent answer we have for all of Antarctica,” said Buizert, an Oregon State University climate change specialist. “The surprising finding is that the amount of cooling is very different depending on where you are in Antarctica. This pattern of cooling is likely due to changes in the ice sheet elevation that happened between the ice age and today.”

Understanding the planet’s temperature during the last ice age is critical to understanding the transition from a cold to a warm climate and to modeling what might occur as the planet warms as a result of climate change today, said Ed Brook, a paleoclimatologist at OSU and one of the paper’s co-authors.

“Antarctica is particularly important in the climate system,” Brook said. “We use climate models to predict the future, and those climate models have to get all kinds of things correct. One way to test these models is to make sure we get the past right.”

The study’s co-authors are an international team of researchers from the United States, Japan, the United Kingdom, France, Switzerland, Denmark Italy, Korea and Russia. The study was supported in part by the National Science Foundation.

“The international collaboration was critical to answering this question because it involved so many different measurements and methods from ice cores all across Antarctica,” said co-author T.J. Fudge, an assistant professor in Earth and Space Sciences at the University of Washington. “Ice cores that were recently drilled with support from the National Science Foundation allowed us to gain new insights from previously drilled cores, as well.”

The last ice age represents a natural experiment for understanding the planet’s sensitivity to changes in greenhouse gases such as carbon dioxide, the researchers said. Core samples taken from ice that has built up over hundreds of thousands of years helps tell that story.

Researchers in the past have used water isotopes contained in the layers of ice, which essentially act like a thermometer, to reconstruct temperatures from the last ice age. In Greenland, those isotope changes can be calibrated against other methods to ensure their accuracy. But for most of Antarctica, researchers have not been able to calibrate the water isotope thermometer against other methods.

“It is as if we had a thermometer, but we could not read the scale,” said Buizert, an assistant professor in OSU’s College of Earth, Ocean, and Atmospheric Sciences. “One of the places where we had no calibration is East Antarctica, where the oldest continuous records of ice cores have been drilled, making it a critical location for understanding climate history.”

In the new study, the researchers used two methods for reconstructing ancient temperatures, using ice cores from seven locations across Antarctica - five from East Antarctica and two from West Antarctica.

The borehole thermometry method measures temperatures throughout the thickness of an ice sheet. The Antarctic ice sheet is so thick that it keeps a memory of earlier, colder ice age temperatures that can be measured and reconstructed, said Fudge, an assistant professor in the department of earth and space science at the University of Washington.

The second method examines the properties of the snowpack as it builds up and transforms into ice over time. In East Antarctica, that snowpack can range from 50 to 120 meters thick and has compacted over thousands of years in a process that is very sensitive to temperature changes.

The researchers found that both methods produced similar temperature reconstructions, giving them confidence in the results.

They also found that the amount of ice age cooling is related to the shape of the ice sheet. During the last ice age, some part of the Antarctic ice sheet became thinner as the amount of snowfall declined, Buizert said. That lowers the surface elevation and cooling in those areas was 4 to 5 degrees. In places where the ice sheet was much thicker during the ice age, temperatures cooled by more than 10 degrees.

“This relationship between elevation and temperature is well-known to mountaineers and pilots – the higher you go, the colder it gets,” Buizert said.

The findings are important for improving future climate modeling but they do not change researchers’ perception of the how sensitive the Earth is to carbon dioxide, the primary greenhouse gas produced through human activity, he said.

“This paper is consistent with the leading theories about sensitivity,” Buizert said. “We are the same amount of worried today about climate change as we were yesterday.” 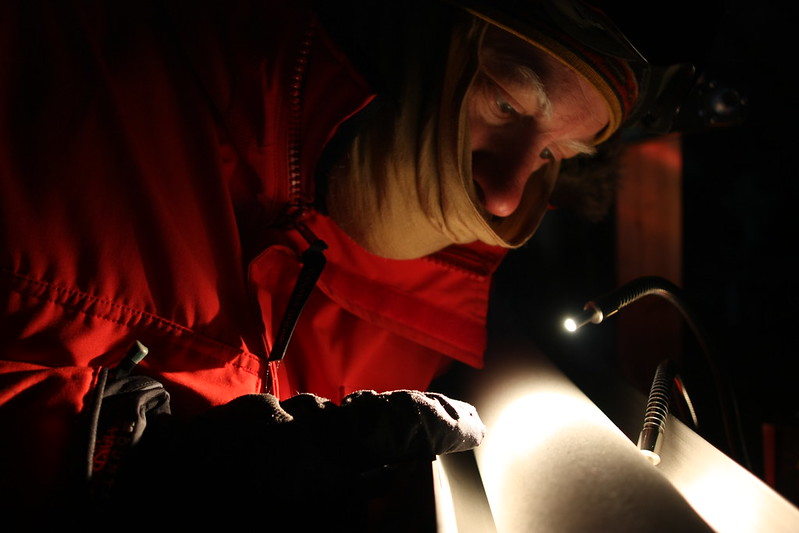 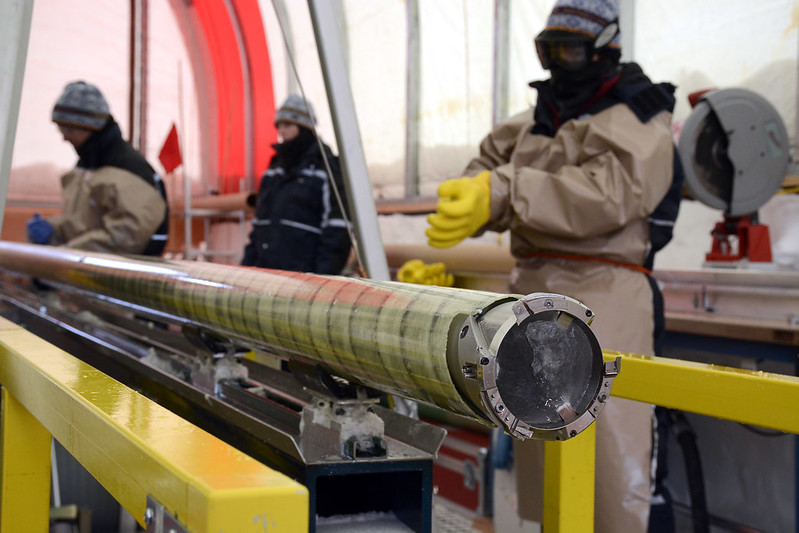