CORVALLIS, Ore. – Journalist and author Sam Quinones spoke Monday at Oregon State University about the grim reality that fentanyl and methamphetamine have caused across the United States while also offering reasons for hope amid a crisis that he said is killing thousands annually.

Quinones talked about how an unrelenting supply of synthetic drugs such as fentanyl and methamphetamine has created a new reality for drug use across the nation.

Quinones spoke as part of the Provost’s Lecture Series at the LaSells Stewart Center on Oregon State’s Corvallis campus. The talk was viewed by about 300 people combined in person and online.

During his talk, Quinones, who for 35 years has written extensively on immigration, gangs, drug trafficking, the opioid crisis and challenges along the U.S.-Mexico border, focused on his two most recent books, “Dreamland: The True Tale of America's Opiate Epidemic” and “The Least of Us: True Tales of America and Hope in the Time of Fentanyl and Meth.”

“Dreamland,” which ignited awareness of the country’s opioid epidemic, won a National Book Critics Circle award for the Best Nonfiction Book of 2015.

In “The Least of Us,” published in October 2021, he chronicles the emergence of a drug-trafficking world producing massive supplies of dope cheaper and deadlier than ever and marketing it to a growing population of addicts created by the nation’s opioid epidemic.

“We have to understand that this is the new reality,” Quinones said. “A lot of ideas were formed pre-fentanyl, pre-meth. They are nice ideas. I don’t believe they really help. They certainly don’t help the most hardened, intractable cases of the moment of which you see in the tent encampments.”

He spoke about how tent encampments across the country are due in large part to this new synthetic drug crisis, and not just because of economic reasons such as the lack of affordable housing.

He argued that drug treatment courts need to be expanded and that jails need to be reimagined as rehabilitation centers and not just as places where inmates watch television, are released and then end up coming back to jail.

He also spoke critically of Measure 110, a ballot measure approved by Oregon voters in 2020 that reduces penalties for drug possession.

“It seems to me, or the evidence shows that we need to begin to arrest and charge with felonies people who are selling fentanyl,” he said. “Fentanyl is tantamount to firing a gun into a crowd. You’re going to hurt somebody. You most likely will kill somebody.”

In his book “The Least of Us,” Quinones describes a new reality created by fentanyl and methamphetamine as a backdrop to tell tales of many Americans’ quiet attempts to reclaim their communities through simple acts of helping the vulnerable.

“People on the radio always want to talk about fentanyl and meth,” he said. “I’m happy to talk about it, but to me the most important part of the book is really these stories of Americans in the smallest little ways working at trying to find a way forward.”

Following his talk, Quinones was joined by Allison Myers, director of the OSU Center for Health Innovation in the College of Public Health and Human Sciences, who moderated a question-and-answer discussion.

Myers ended the discussion by asking Quinones what he was hopeful about. He recounted working as a writing instructor and encouraging a student who was interested in writing a book to first write a story, and then another, and then eventually shape those stories into a book.

“We should be about working in small ways and finding our hope there,” he said. “When we do that, we activate that enormous, very essential part of our brain chemistry that says being around other people can be the most exhilarating thing you have ever done.”

Quinones’ lecture was the first in Oregon State’s 2022-23 Provost Lecture Series. It will be followed by a virtual lecture on April 4, 2023, featuring Laurie Santos, Yale psychology professor and host of the popular podcast, “The Happiness Lab.” 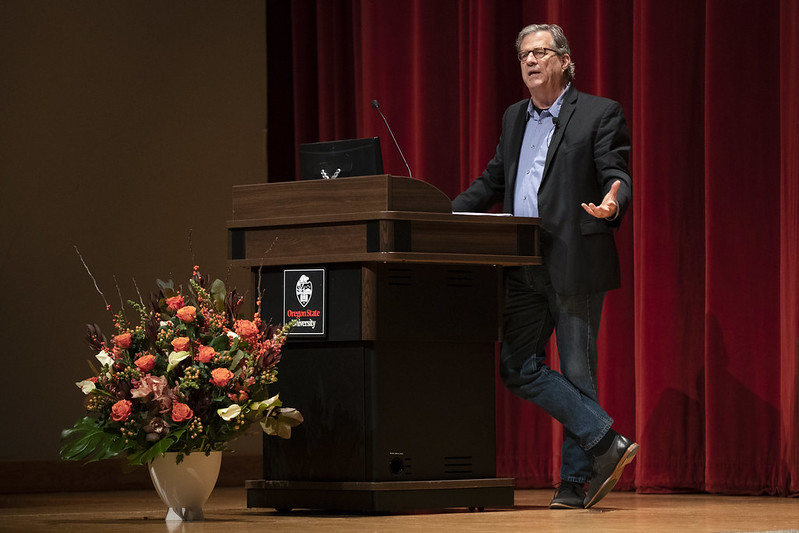 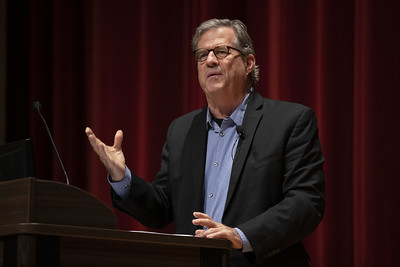 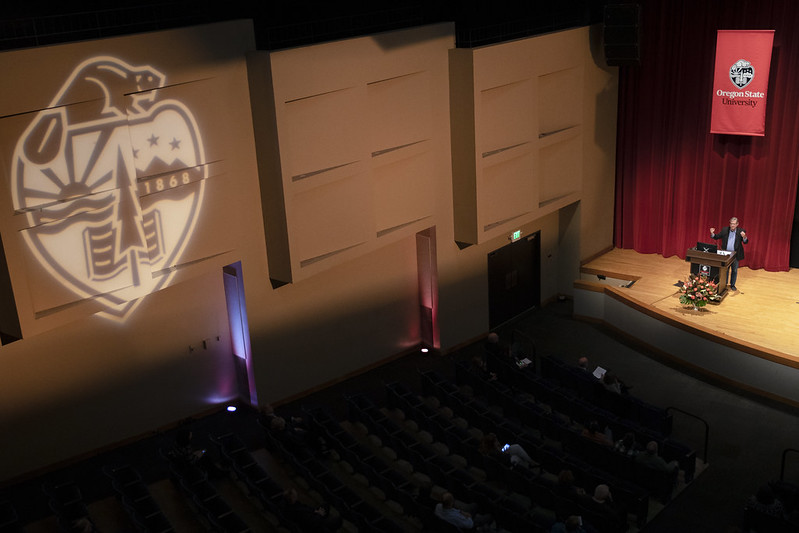