CORVALLIS, Ore. – Researchers at Oregon State University have found that the blue orchard bee, an important native pollinator, produces female offspring at higher rates in the aftermath of wildfire in forests.

The more severe the fire had been, the greater percentage of females – more than 10% greater in the most badly burned areas relative to areas that burned the least severely.

“This is one of the first studies that has looked at how forest fire severity influences bee demography,” said Jim Rivers, an animal ecologist with the OSU College of Forestry. “Sex ratio varied under different fire conditions but the number of young produced did not, which indicates bees altered the sex of their offspring depending on the degree of fire severity.”

Female bees control the sex of their offspring, laying eggs fertilized with sperm that become females, or non-fertilized eggs that become males.

Bees pollinate many of the flowering plants that make up native ecosystems and food chains Understanding how fire – expected to increase in frequency and severity – influences their reproductive outputs is an important part of knowing how post-fire management actions could help or harm bees.

“We placed bees on different sites within recently burned mixed-conifer forest in southwestern Oregon and used them as a measuring stick to tell us how good the bee habitat was,” said Sara Galbraith, a postdoctoral researcher in the College of Forestry. “Adjusting offspring production toward the more expensive offspring sex shows a functional response to changes in habitat quality via an increased density of flowering plants.”

Bees are the most important among the Earth’s pollinators, which combine for an estimated $100 billion in global economic impact each year. Oregon is home to more than 600 species of native bees.

Animal pollinators enhance the reproduction of nearly 90% of the Earth’s flowering plants, including many food crops.

Pollinators are an essential component of insect and plant biodiversity. Bees are the standard bearer because they’re usually present in the greatest numbers and because they’re the only pollinator group that feeds exclusively on nectar and pollen their entire life.

For this study involving the blue orchard bee, known scientifically as Osmia lignaria, Galbraith, Rivers and James Cane of the U.S. Department of Agriculture set up nest blocks containing a standardized number and sex ratio of pre-emergent adult bees.

They then looked at the relationship between fire severity and reproductive output, sex ratio and offspring mass at the local (within 100 meters of the blocks) and landscape (750 meters) scales. Female bees forage across both scales when caring for offspring.

“In fire-prone landscapes, there is variation in species-level response to wildfire that serves to maintain ecosystem structure and function,” Rivers said. “With the blue orchard bee and similar species, foraging females invest in larger progeny and more females when more resources are available.”

The findings showed that burned mixed-conifer forest provides forage for the blue orchard bee along a gradient of severity, and that the rise in floral resources that comes after high-severity fire causes females to reallocate resources to the larger and more costly sex – females – when nesting.

“Our study revealed more female progeny than is typically observed with blue orchard bees,” Galbraith said. “The greater proportion of females in areas surrounded by a more severely burned landscape indicates an investment in more female offspring because of greater resource availability.”

Findings were published in Oecologia. The Bureau of Land Management and the OSU College of Forestry supported this research. 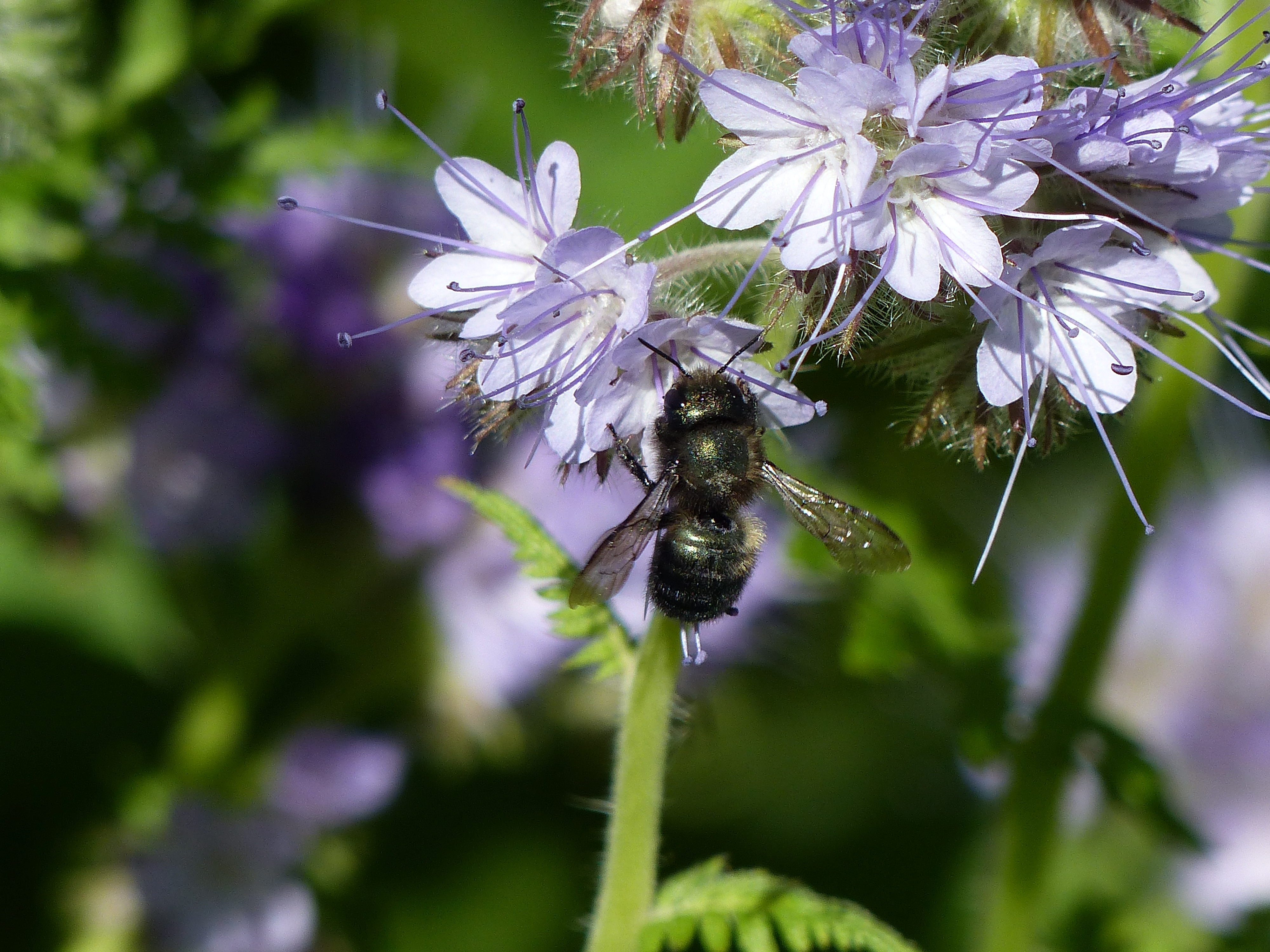