CORVALLIS, Ore. – Warmer water temperatures, combined with low-level exposure to chemicals already known to be harmful to aquatic life, influence the expression of genes in the offspring of an abundant North American fish species – and threaten organisms whose sex determination is sensitive to water temperature.

The finding is published in the online journal PeerJ.

In the PeerJ study, exposure to the insecticide bifenthrin didn’t cause adverse effects and changes in gene expression in the fish until the second generation.

“This means the cells that are created prior to becoming sperm or egg are sometimes more susceptible to EDCs,” said the study’s lead author, Bethany DeCourten, a doctoral student at Oregon State University. “The full extent of adverse effects caused by a combination of exposure to elevated temperatures and common chemicals may not be fully realized by short-term or single generation testing in fish, which is currently how regulatory decisions are made.”

Further, changes in the expression of genes involved in hormone production were more common in parental fish and their offspring that were exposed at the warmer water temperatures predicted by the Intergovernmental Panel on Climate Change.

“This indicates that exposure to chemicals commonly found in run-off or effluent entering aquatic ecosystems may have stronger effects under future climate scenarios,” said Susanne Brander, an aquatic toxicologist at Oregon State University who co-authored the study.

Inland silversides are small—adults are about 4 inches long—and are native to estuaries in eastern North America and the Gulf of Mexico and have been introduced to California. They primarily feed on zooplankton and are an important prey species for a variety of birds and commercially valuable fish.

The compounds studied by the researchers were bifenthrin, commonly used for mosquito control, and ethinylestradiol (EE2), a synthetic estrogen found in almost all combined forms of birth control pills.

A large portion of EE2 is not absorbed by the body and is excreted in urine. Wastewater treatment plants generally aren’t equipped to eliminate such chemicals and they end up in rivers, and eventually estuaries. Bifenthrin is used to control insects in homes, orchards and nurseries.

“The exposure levels were equivalent to a drop of chemical in an Olympic-sized swimming pool,” Brander said.

Adult parental fish were exposed for 14 days prior to spawning of the next generation. Their larvae were then exposed from fertilization until 21 days post-hatch before being transferred to clean water tanks. Those larvae were reared to adulthood, then spawned in clean water to test for further effects of parental exposure on offspring.

Collaborating on the study was Richard Connon at the University of California, Davis.

Brander and DeCourten conducted the research at the University of North Carolina Wilmington. Brander is an assistant professor in the Department of Environmental and Molecular Toxicology in OSU’s College of Agricultural Sciences.

In 2017, Brander was hired under OSU’s Marine Studies Initiative, a comprehensive effort to address ocean health and coastal challenges by creating a global education and research program that blends the science of oceanography with business, engineering, education, the arts and humanities, agriculture sciences, forestry and social sciences.

The study was funded by the California Department of Fish and Wildlife, the U.S. Environmental Protection Agency, the Francis Peter Fensel Memorial Fellowship and the John Colucci Income Fund. 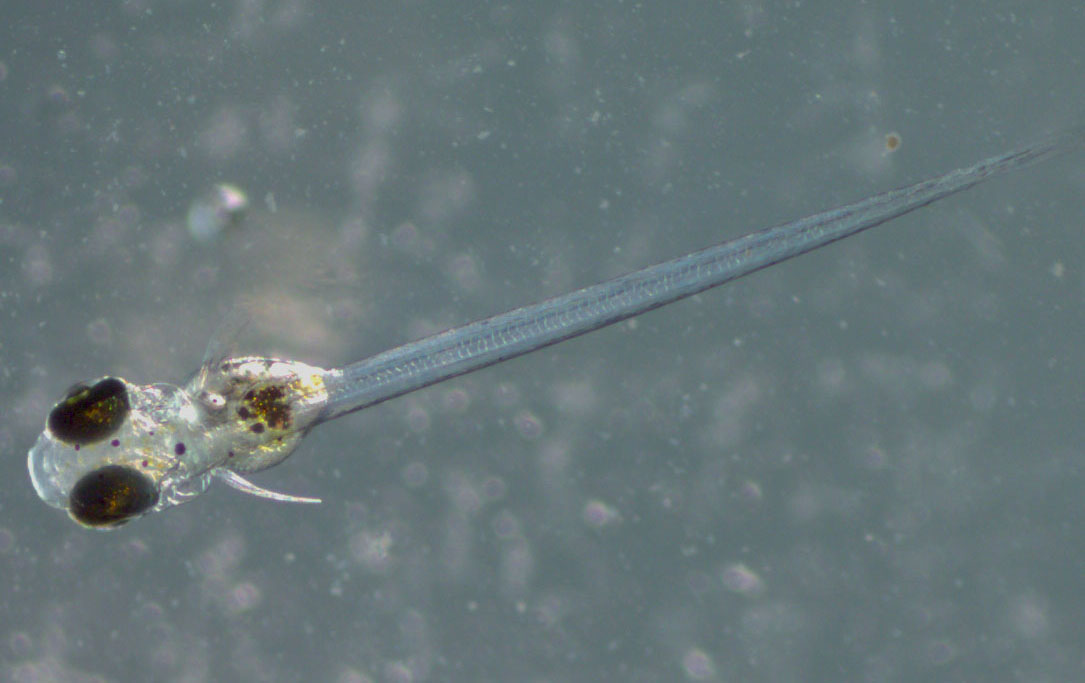