CORVALLIS, Ore. – Efforts to conserve the carbon stored in tropical forests would be enhanced by linking the work to the charismatic, threatened primates that live there, Oregon State University ecologists assert today in a paper published in the Proceedings of the National Academy of Sciences.

“Climate change and the biodiversity crisis are two of the planet’s greatest threats,” said William Ripple of the OSU College of Forestry. “And it’s becoming clear that large-scale climate action won’t happen if we treat climate change as a standalone problem.”

Ripple and co-author Christopher Wolf, also of the College of Forestry, analyzed 340 threatened forest primate species in terms of how much carbon their ranges are warehousing. Threatened species are those classified by the International Union for Conservation of Nature as vulnerable, endangered or critically endangered.

The researchers note that the world’s forests hold carbon stocks totaling 861 gigatonnes, equal to about 87 years of fossil fuel emissions if they were to continue at the current rate.

Those carbon stocks include almost 140 gigatonnes categorized as “irrecoverable.” Based on typical recovery rates, this irrecoverable carbon, if lost today, would likely not be recovered by 2050, the deadline many scientists have adopted for the Earth to reach net-zero emissions to avoid the most severe impacts of climate change.

Most of the Earth’s irrecoverable carbon is stored in rain forests (both tropical and temperate), mangrove swamps and peatlands. Threats to its storage include fire, development and conversion to agriculture.

That combined area, not quite the size of Texas, contains 15.5 gigatonnes of irrecoverable carbon, an amount equivalent to more than 40% of the world’s current annual fossil fuel emissions.

“Conserving irrecoverable carbon is obviously an important objective and policies aimed at achieving it might be more appealing and effective if they were framed in the context of multiple benefits,” he added.

Wolf and Ripple list four reasons that coupling carbon with primates would be a valuable framework:

Wolf and Ripple say focusing on individual flagship species rather than primates as a “monolithic group” would likely be the most powerful approach, citing as examples the common woolly monkey, eastern gorilla and Bornean orangutan.

“The common woolly monkey lives in the upper Amazon basin and has substantial irrecoverable carbon reserves across its range,” Ripple said. “It’s an important seed disperser in forests, which helps regeneration and future carbon sequestration.”

Two hundred twenty-five of the 340 threatened forest primate species are either endangered or critically endangered, and all but five species are showing declining trends in population, the researchers say.

In South America, Africa and Asia, many of the species live in “hotspots” – areas with lots of irrecoverable carbon that are also high in primate species richness – but despite their conservation and climate mitigation value, the hotspots are largely unprotected.

“The effectiveness of linking irrecoverable carbon and forest primates will depend on policy implementation details,” Ripple said. “For example, some primate species may be especially charismatic and have ranges that are closely aligned with irrecoverable forest carbon. That opens the door to sustainable ecotourism that could provide funding for simultaneously safeguarding primates and carbon.”

Any policies designed with co-benefits in mind must account for local conditions and help support Indigenous populations and overall human well-being and sustainability, he said.

“Ultimately this is a global problem since a major driver of tropical deforestation is outside demand for resources including wood products, livestock feed and palm oil,” Ripple said.

“What we’re arguing for will require extensive collaboration,” Wolf added. “And primates make up only a single taxonomic order, one that’s heavily concentrated in the tropics. That means efforts are needed to look at the overlap between irrecoverable carbon and species in other taxonomic groups, especially in temperate regions. But the primate-carbon connection is an important start.” 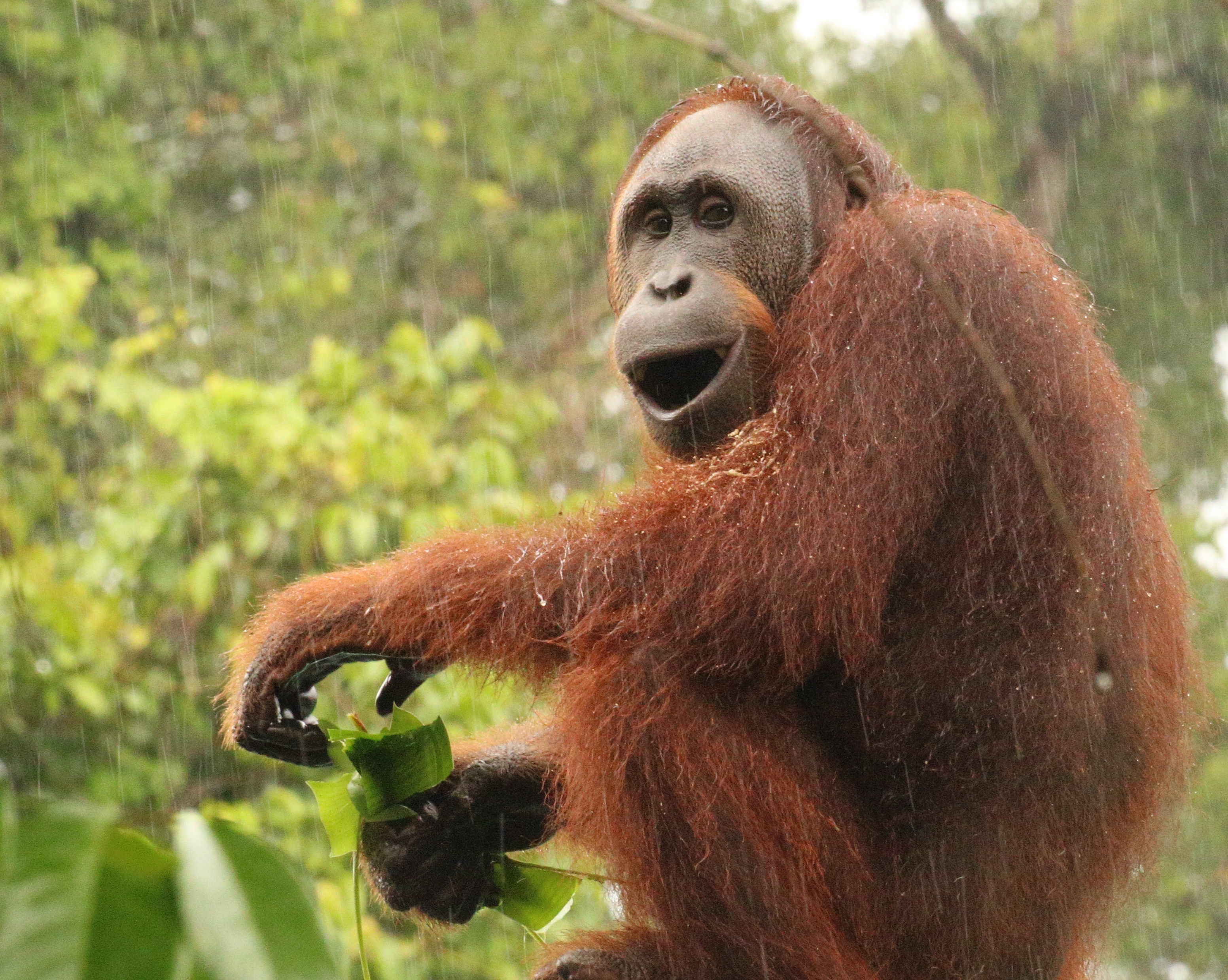