Volunteers listened for the rare spotted bat, Euderma maculatum, within study grids in a 24,000-square-kilometer area in and around the Deschutes and Ochoco national forests. They completed a total of 61 surveys and heard the bat 25 times.

Bat encounters help fill in holes in basic information regarding species abundance and distribution – gaps that impede conservation – and the proof-of-concept study’s design suggests it could be scaled up to larger areas in Oregon and around the globe.

“We’re really happy with the approach and think it has legs,” said Tom Rodhouse, a courtesy faculty member of Oregon State University’s College of Agricultural Sciences who led the project along with Sara Rose, Trent Hawkins and Rogelio Rodriguez.

Rose, Hawkins and Rodriguez work with Rodhouse in the Northwestern Bat Hub, part of OSU-Cascades’ Human and Ecosystem Resiliency and Sustainability Laboratory, or HERS Lab.

Outdoor recreationists in Oregon, Washington, Nevada and Idaho are invited to help further the scientists’ work by listening for spotted bats and recording encounter information through the iNaturalist app. To make sure you know what you’re listening for, check out this example.

Bats navigate by echolocation, emitting pulses of sound that bounce off their surroundings and picking up the echoes with their extraordinary ears; those sonar signals are how they know where they are and what’s in front of them, including prey.

Most bat sounds are above the frequency range detectible by the human ear – from 20 hertz, or cycles per second, to 20,000 hertz. However, like other bat species that eat larger insects, E. maculatum puts out sounds that people can hear: at a frequency around 10,000 hertz, and above 60 decibels, the loudness of a busy street or an alarm clock.

“Spotted bats are high-flying, hard-charging lions of the sky, trying to catch the big moths,” said Rodhouse, also a National Park Service ecologist. “They’re going after the big critters, calling from 20 or 40 meters away, getting a bounce and chasing it down. People with undamaged hearing can hear a spotted bat more than 60 meters away, while the range of a commercially available bat acoustic recording unit is less than 40 meters.”

The scientists recruited 12 volunteers, coached them in what a spotted bat sounds like, sent them out to 100-square-kilometer grid cells and told them to stay for an hour; the volunteers visited a total of 20 cells.

Rodhouse said the study design allowed for about a 70% “detection probability” – how likely you are to detect what you’re trying to detect given the methods you’re using, under the assumption that it’s present.

“That means on average, if the bat was there, they’d have a roughly 70% chance of hearing it,” he said. “It’s been a big advancement just to be able to quantify the detection probability for bats, especially the rarer ones. Non-citizen science approaches have at times been way down in the 10 to 20% range, so we’re excited about increasing by three or four times the ability to find this elusive bat. We told people to go out, have a picnic, enjoy the night sounds, the coyotes, the frogs. It’s a great opportunity to connect with nature.”

The 25 spotted bat encounters were reported from a total of 11 cells.

“Several observers reported multiple simultaneous detections, suggesting multiple individual bats,” Rodhouse said. “The audible bats tend to be the rare desert bats. They’re understudied and undersurveyed, and the spotted bat is a classic example. We’ve been missing them for generations of research, and this is a cool nexus of the desert ecology of rare bats and a new opportunity to engage members of the public in science. And the people loved it.”

Findings were published in Conservation Science and Practice. 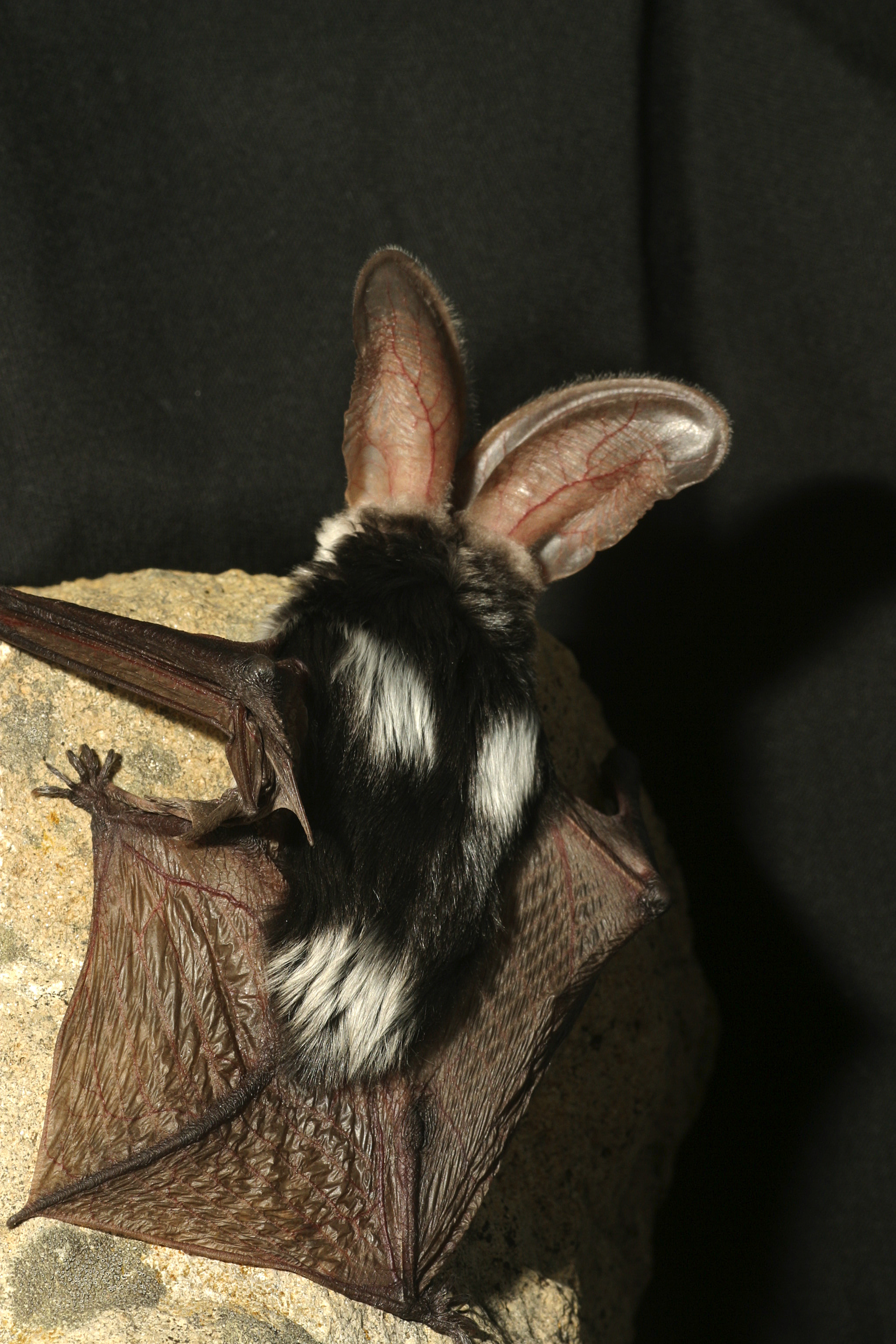