CORVALLIS, Ore. – Standup comedian Jon the Robot likes to tell his audiences that he does lots of auditions but has a hard time getting bookings.

“They always think I’m too robotic,” he deadpans.

If raucous laughter follows, he comes back with, “Please tell the booking agents how funny that joke was.”

Jon the Robot, with assistance from Oregon State University researcher Naomi Fitter, recently wrapped up a 32-show tour of comedy clubs in greater Los Angeles and in Oregon, generating guffaws and more importantly data that scientists and engineers can use to help robots and people relate more effectively with one another via humor.

“Social robots and autonomous social agents are becoming more and more ingrained in our everyday lives,” said Fitter, assistant professor of robotics in the OSU College of Engineering. “Lots of them tell jokes to engage users – most people understand that humor, especially nuanced humor, is essential to relationship building. But it’s challenging to develop entertaining jokes for robots that are funny beyond the novelty level.”

Live comedy performances are a way for robots to learn “in the wild” which jokes and which deliveries work and which ones don’t, Fitter said, just like human comedians do.

Two studies comprised the comedy tour, which included assistance from a team of Southern California comedians in coming up with material true to, and appropriate for, a robot comedian.

The first study, consisting of 22 performances in the Los Angeles area, demonstrated that audiences found a robot comic with good timing – giving the audience the right amounts of time to react, etc. – to be significantly more funny than one without good timing.

The second study, based on 10 routines in Oregon, determined that an “adaptive performance” – delivering post-joke “tags” that acknowledge an audience’s reaction to the joke – wasn’t necessarily funnier overall, but the adaptations almost always improved the audience’s perception of individual jokes. In the second study, all performances featured appropriate timing.

“In bad-timing mode, the robot always waited a full five seconds after each joke, regardless of audience response,” Fitter said. “In appropriate-timing mode, the robot used timing strategies to pause for laughter and continue when it subsided, just like an effective human comedian would. Overall, joke response ratings were higher when the jokes were delivered with appropriate timing.”

The number of performances, given to audiences of 10 to 20, provide enough data to identify significant differences between distinct modes of robot comedy performance, and the research helped to answer key questions about comedic social interaction, Fitter said.

“Audience size, social context, cultural context, the microphone-holding human presence and the novelty of a robot comedian may have influenced crowd responses,” Fitter said. “The current software does not account for differences in laughter profiles, but future work can account for these differences using a baseline response measurement. The only sensing we used to evaluate joke success was audio readings. Future work might benefit from incorporating additional types of sensing.”

“Also, possible advances in comedy from this work could include improved techniques for isolating and studying the effects of comedic techniques and better strategies to help comedians assess the success of a joke or routine,” she said. “The findings will guide our next steps toward giving autonomous social agents improved humor capabilities.”

The studies were published by the Association for Computing Machinery/Institute of Electrical and Electronics Engineering’s International Conference on Human-Robot Interaction. 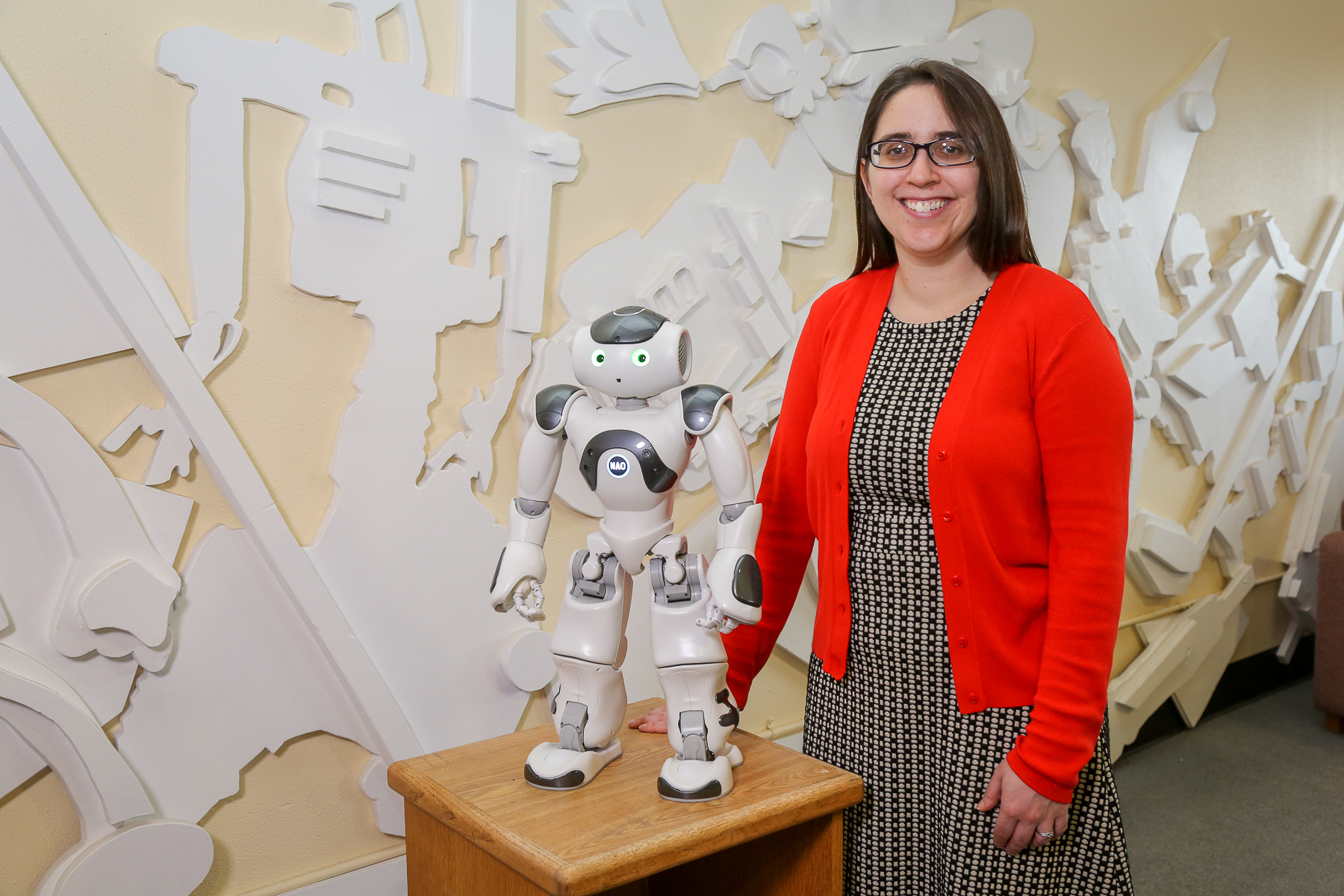 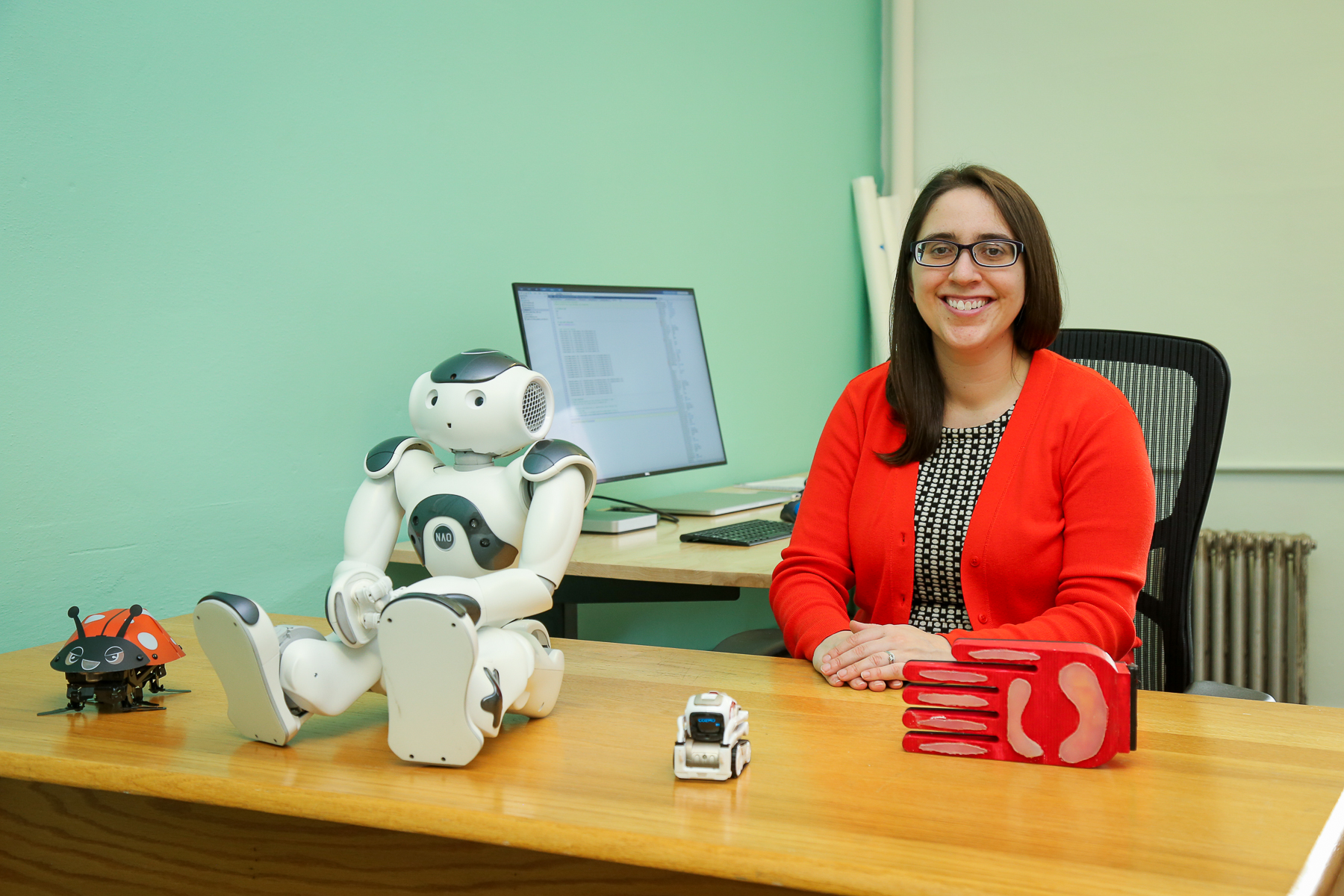