HOUMA, La. – Construction of a new Oregon State University-bound research ship that will advance the science of coastal environments, and support research on topics such as ocean acidification, hypoxia, and sea level rise, officially began today in Louisiana.

During the ceremony, John Byrne, former OSU president and National Oceanic and Atmospheric Administration administrator, and his wife, Shirley, the ship’s ceremonial sponsors, had their initials inscribed into the ship’s keel.

The 199-foot research ship, which will be called Taani (pronounced “tahnee”), a word used by the Siletz people meaning “offshore,” is scheduled for delivery to Oregon State in the spring of 2021, and will be fully operational after a year of outfitting and testing.

Research missions utilizing Taani will focus on the U.S. West Coast. Meanwhile, NSF has contracted with OSU to build a second similar research vessel, which will be operated by a consortium led by the University of Rhode Island.

“This new class of modern vessels will support future research focused on the physical, chemical, biological and geologic processes in coastal waters,” said Roberta Marinelli, dean of Oregon State’s College of Earth, Ocean and Atmospheric Sciences. “This research is critical to informing strategies for coastal resilience, food security, and hazard mitigation not only in the Pacific Northwest but around the world.”

The ships will be equipped to conduct detailed seafloor mapping, to reveal geologic structures important to understanding processes such as subduction zone earthquakes that may trigger tsunamis. Taani will have a range of greater than 5,000 nautical miles, with berths for 16 scientists and 13 crew members, a cruising speed of 11.5 knots and a maximum speed of 13 knots. The ship will be able to stay out at sea for about 21 days before returning to port, and will routinely send streams of sensor data to shore via satellite.

In 2013, the NSF selected Oregon State to lead the design, shipyard selection, construction and transition to operations phases for as many as three new regional class vessels for the U.S. Academic Research Fleet. Subsequently, the National Science Board – the oversight body for the NSF – authorized as much as $365 million for the project as part of the NSF’s Major Research Equipment and Facilities Construction portfolio.

“NSF is proud that the research vessel Taani will be the flagship for a new class of research vessels, and eagerly anticipates decades of productive oceanography from Taani to support the nation’s science, engineering and education needs,” says Terrence Quinn, director of the NSF’s Division of Ocean Sciences, which is funding the new vessel.

During the summer of 2017, the NSF awarded OSU a grant of $121.88 million to launch the construction of the first vessel, representing the largest grant in the university’s history. This past summer, the grant was supplemented with an additional $88 million, allowing Gulf Island Shipyards LLC to proceed with the contract for the second vessel. 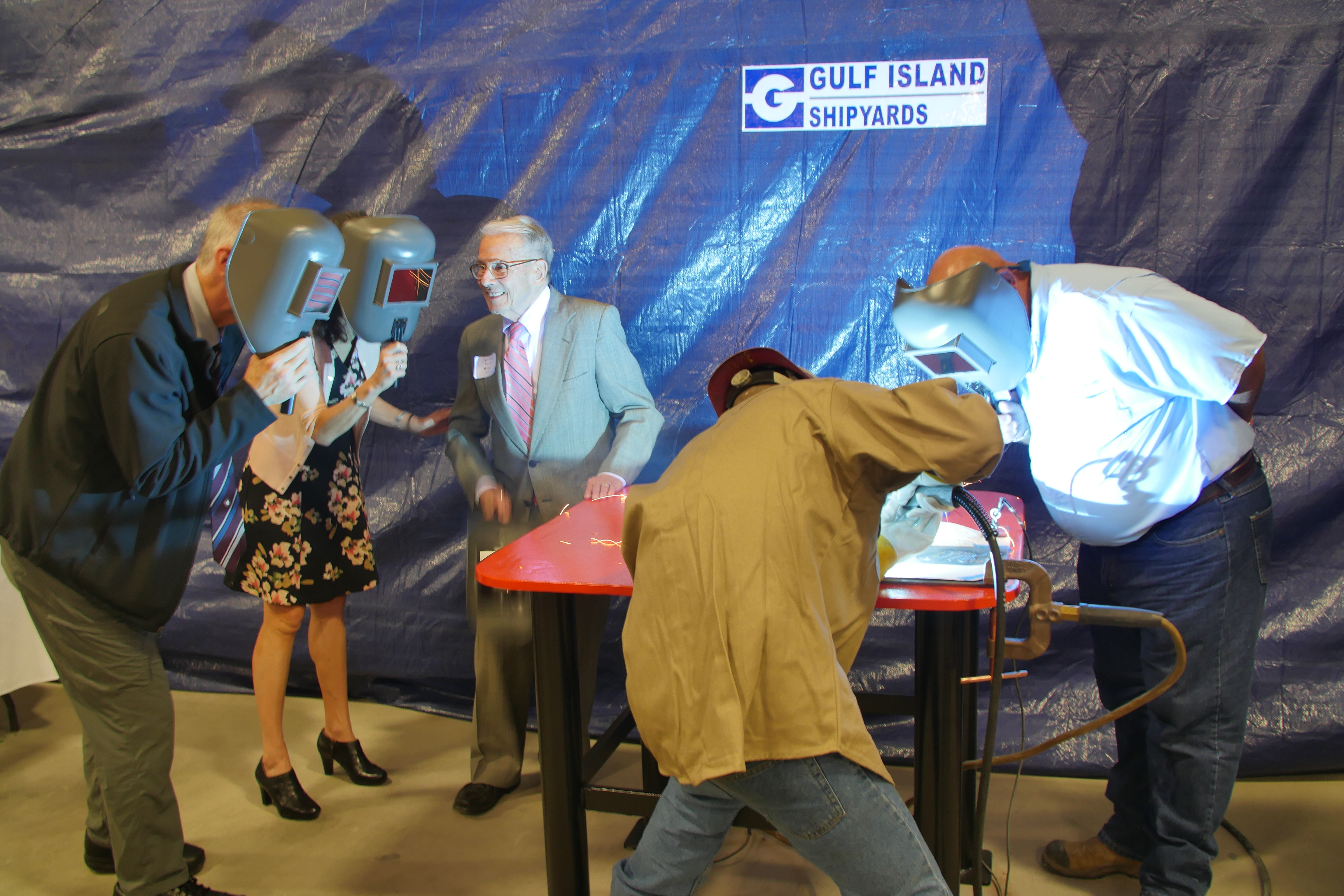 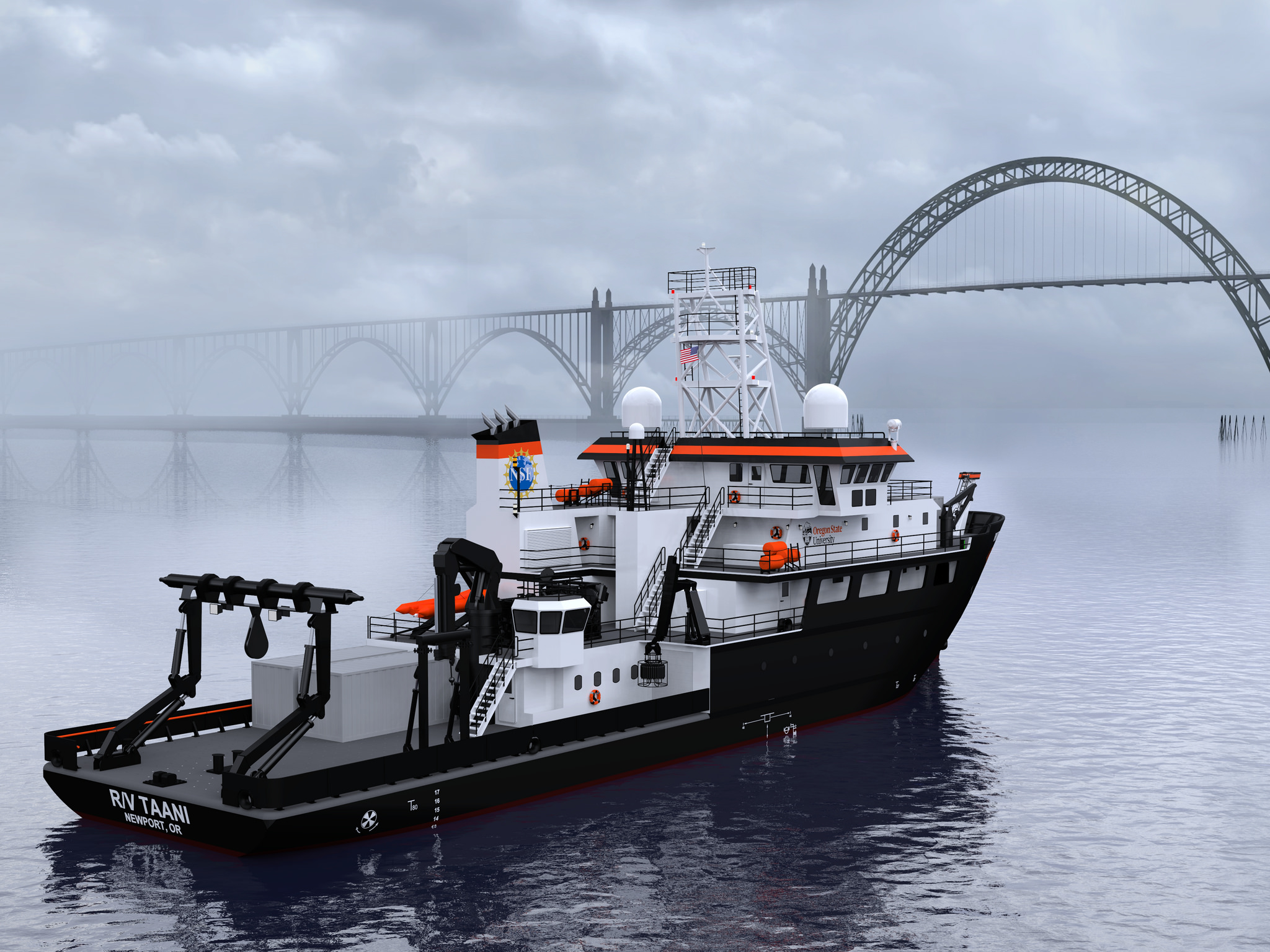