The findings are important because more than 160,000 people worldwide suffer from cystic fibrosis, which is characterized by lung inflammation and airway-blocking mucous buildup.

The life-shortening condition is associated with persistent lung infection and afflicts 40,000 people in the United States. About 1,000 new cases are diagnosed in the U.S. every year, most in patients age 2 or younger.

“Cystic fibrosis is a genetic disease that is associated with increased inflammation, and like many inflammatory diseases, it comes with a large amount of oxidative stress,” said Maret Traber of OSU’s Linus Pauling Institute, who led the study.

Oxidative stress happens because of an imbalance in the body between free radicals, which can cause harmful chemical reactions, and antioxidants. Antioxidants are molecules able to give an electron to a free radical, causing the free radical to become less reactive without becoming unstable themselves.

“In addition to oxidative stress, cystic fibrosis is also characterized by problems with fat absorption, which limits uptake of vitamin E, a fat-soluble antioxidant,” said Traber, a professor in the Oregon State College of Public Health and Human Sciences. “Low vitamin E levels plus high oxidative stress is a recipe for more inflammation, which can contribute to a range of negative health outcomes.”

In this study, the researchers looked at whether vitamin C supplements could help patients better use their absorbed vitamin E. Vitamin C can recycle oxidized forms of vitamin E, and it is also helpful at tamping down the oxidative stress aspects of inflammation, Traber said.

After 3½ weeks of daily 1,000-milligram doses of vitamin C, the patients in the study trended toward lower blood concentrations of a key oxidative stress biomarker, malondialdehyde or MDA, and also toward a slowdown in vitamin E elimination from the bloodstream.

“Since vitamin E is hanging around longer, it might be able to get into tissues better, and better protect cell membranes from oxidative stress,” Traber said.

The benefits of the findings, published in the journal Nutrients, are not unique to cystic fibrosis patients, she noted. Smokers, for example, typically have problems associated with oxidative stress and can benefit from extra vitamin C and possibly extra vitamin E. Metabolic syndrome patients have issues with vitamin C and E as well.

“This study used vitamin C far in excess of what someone can easily obtain from the diet,” she said. “One thousand milligrams is the equivalent of 15 oranges or four or five medium bell peppers. But the research does suggest a high dosage may be beneficial in inflammatory conditions.”

Scott Leonard of the Linus Pauling Institute also contributed to the research, as did physicians from the University of California, Davis, and scientists from India’s Maharaja Sayajirao University of Baroda and Canada’s Brock University. 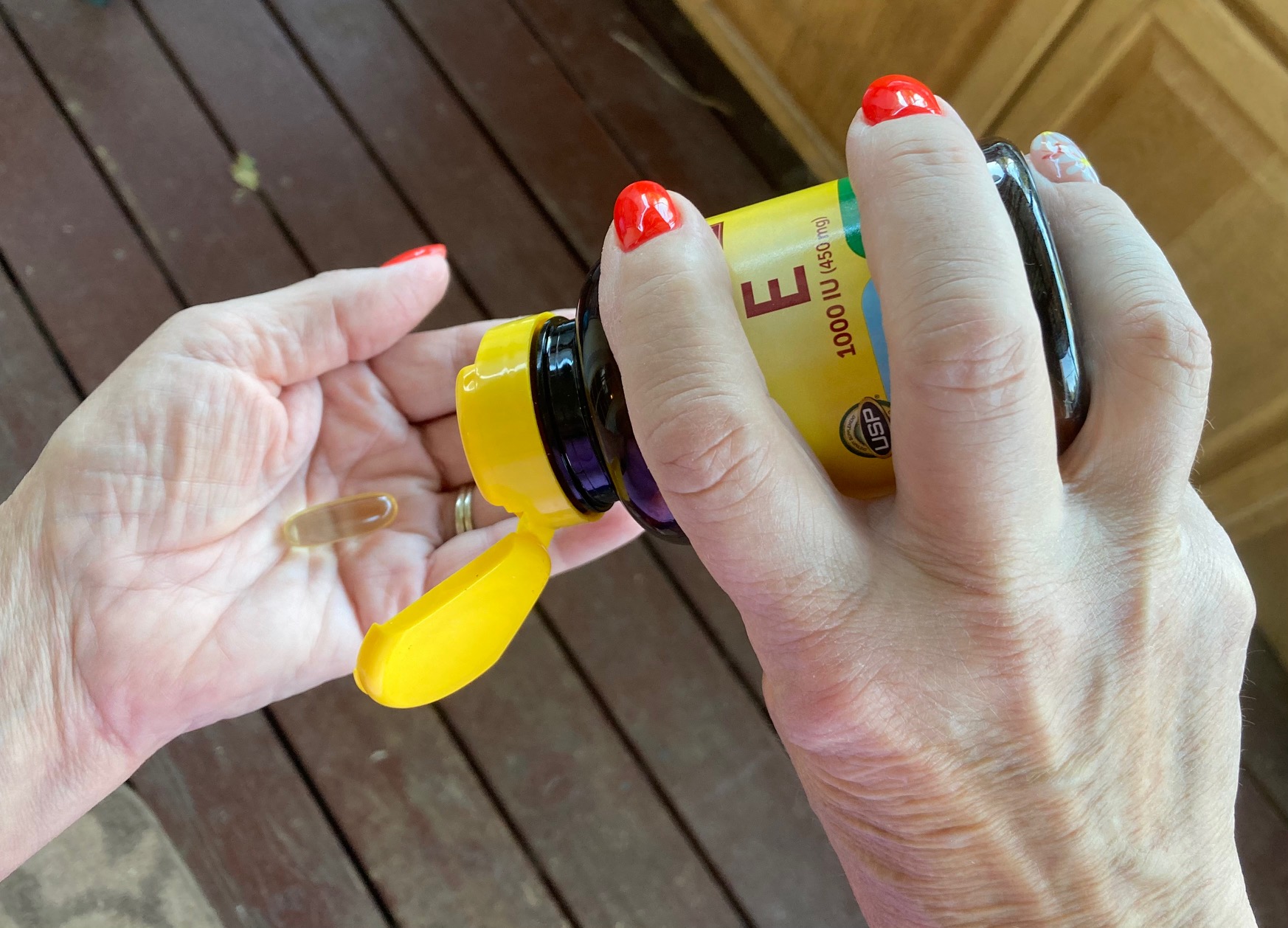