CORVALLIS, Ore. – The brains of people with congenital deafness may be rewiring themselves in ways that affect how those people learn, suggesting a need to develop new teaching techniques tailored toward those who have never been able to hear.

Published today in Nature Scientific Reports, the findings by an Oregon State University research collaboration make the case that a protein mutation that causes profound hearing loss also alters the growth and wiring of certain neurons – cells that act as the building blocks of the nervous system.

While scientists continue looking for molecular therapies that may someday restore the hearing of those who carry the mutation, the research led by Colin Johnson of the OSU College of Science also has implications for improving the lives of people whose hearing can’t come back.

“We hope this work is a step toward treatment, and also toward better schemes for those who are deaf, for interacting with them and teaching them,” said Johnson, associate professor of biochemistry and biophysics. “People who are born deaf, their quality of life may be severely affected. They tend to drop out of high school at higher rates and generally not attain as high a level of education, and their incomes are not as great. We’re working hard on the biology of deafness and also trying to work our research into the other areas to come up with new ways of improving things.”

This research builds on earlier findings by Johnson that developed a new way of quantitatively studying the large protein, known as otoferlin, whose sole role is to encode sound in the sensory hair cells in the inner ear.

Mutations in the otoferlin gene are linked to severe congenital hearing loss, a common type of deafness in which patients can hear almost nothing. Research suggests otoferlin, which is in the cochlea of the inner ear, acts as a calcium-sensitive linker protein and that a mutation in it weakens the binding between the protein and a calcium synapse in the ear; deficiencies in that interaction are a likely cause of otoferlin-related hearing loss.

The size of the otoferlin molecule and its low solubility have made it difficult to study, including learning how otoferlin works differently than another neuronal calcium sensor in the brain, synaptotagmin.

In both the earlier study and the latest one, Johnson used zebrafish to probe otoferlin’s mechanisms. Zebrafish are a small freshwater species that go from a cell to a swimming fish in about five days.

Zebrafish reproduce rapidly and are particularly useful for studying the development and genetics of vertebrates. They share a remarkable similarity to humans at the molecular, genetic and cellular levels, meaning many zebrafish findings are immediately relevant to humans.

Embryonic zebrafish are of special interest because they develop quickly, are transparent and can be easily maintained in small amounts of water.

The previous research uncovered a smaller version of otoferlin, a size that could be used in gene therapy.

“We worked with the mini otoferlin and found that yes, it looks like the smaller pieces of otoferlin can restore hearing,” Johnson said. “After that, we took a step back, and the new question became: When you lose this gene, when you have mutations, is expression of other genes affected? Is it a ripple effect, like a stone in a pond? No one had looked at that.”

The answer is yes, expression of some other genes is affected.

“We took fish that had the otoferlin gene knocked out and looked at all of the genes, the entire genome, and compared them to the genes of a normal fish,” Johnson said. “We came up with a list of abnormally expressed genes – some in the hair cells, and there were also neuronal genes altered, genes involved in the growth and wiring of neurons.”

Adding otoferlin back in restored expression of those genes, but only partially.

“This is a bit of a cautionary tale,” Johnson said. “If you grow up without that protein, it’s not just a matter of throwing the gene back in. If you’re born deaf and grow up deaf, it seems the physical wiring of your brain is a little different. That kind of complicates the goal of doing gene therapy. We need to go beyond looking at those hair cells and look at the brain itself. Does the brain process information differently? That’s one area we need to think about.”

It’s possible, Johnson added, that future gene therapies may be best targeted toward very young patients, whose brains have not undergone as complete a rewiring as those of adult patients.

The National Institutes of Health supported this research. 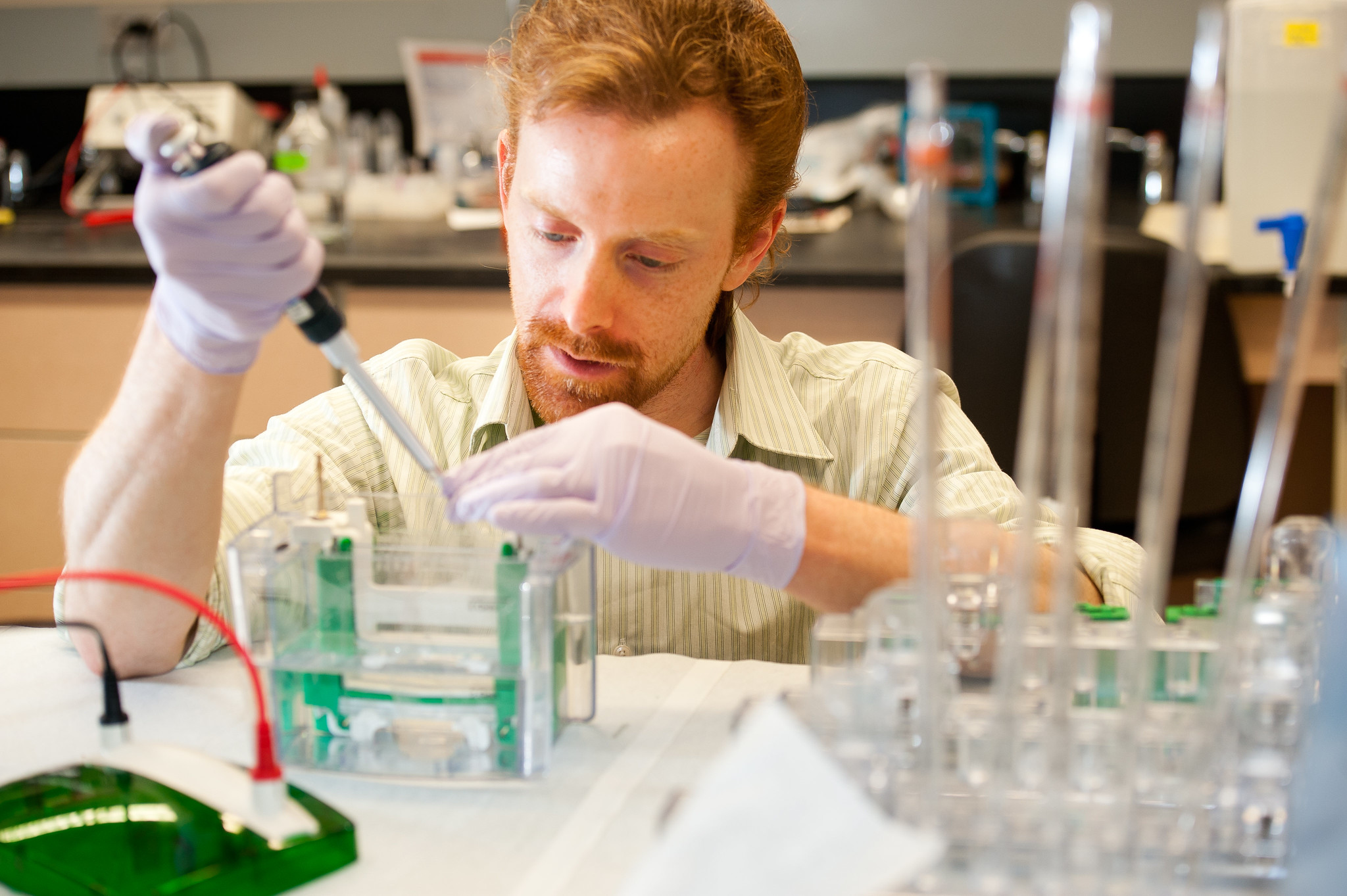