CORVALLIS, Ore. – The Department of Energy has awarded $25 million to eight groups for the testing of wave energy technologies at Oregon State University’s PacWave South facility off the central Oregon coast near Newport.

Construction began in June 2021 on the approximately $80 million facility, to be located about seven miles offshore. When completed, PacWave South will be the first commercial-scale, grid-connected wave energy test site in the United States. It is expected to be operational in 2023, and grid-connected testing is anticipated to begin the following year.

“The DOE’s announcement represents an exciting new development in the pursuit of producing renewable energy from ocean waves,” said Oregon State’s Burke Hales, PacWave’s chief scientist and a professor in the OSU College of Earth, Ocean, and Atmospheric Sciences. “This commitment to in-water testing at the PacWave site is the bridge from conceptual or scaled-down designs to operational power production in the fully energetic open ocean. It also shows the agency’s long-term commitment to the completion and operation of the PacWave test facility.”

Portland State University, with a $4.5 million award, is among the funding recipients.

“Wave energy is an essential piece of the strategy to combat the climate crisis, and I’m gratified that Oregon State University, Portland State University and our state will play a central role in developing this energy source to its full potential,” said U.S. Sen. Ron Wyden. “I look forward very much to what the innovative minds at both OSU and PSU as well as elsewhere develop with these projects that put our country on the path to a clean energy future.”

The Department of Energy and Oregon State entered into a partnership in 2016 to build the PacWave South facility for exploring how to harness the carbon-free wave energy created from wind blowing over the surface of the sea. PacWave South, prepermitted by the DOE, is designed to alleviate the challenges associated with testing technologies in the open ocean.

“PacWave in Oregon is at the forefront of wave energy, thanks in large part to the visionary researchers at Oregon State University,” said U.S. Rep. Suzanne Bonamici. “This federal investment of $25 million will allow innovative technologies from across the country, including one from Portland State University, to be tested right here in Oregon, bringing us closer to realizing the potential of this tremendous resource.”

The University of Washington, which is receiving $1.3 million, is the other university among the funding recipients.

“It has been impressive to see how far the industry has come in the last decade or so thanks to investments from DOE and support from the state and other entities,” said Tuba Ozkan-Haller, acting dean and professor in OSU’s College of Earth, Ocean, and Atmospheric Sciences. "Full-scale testing at PacWave is sure to accelerate development even more, assuring that wave energy conversion devices are effective and efficient at harnessing the power of Oregon’s majestic waves with minimal adverse environmental impacts.” 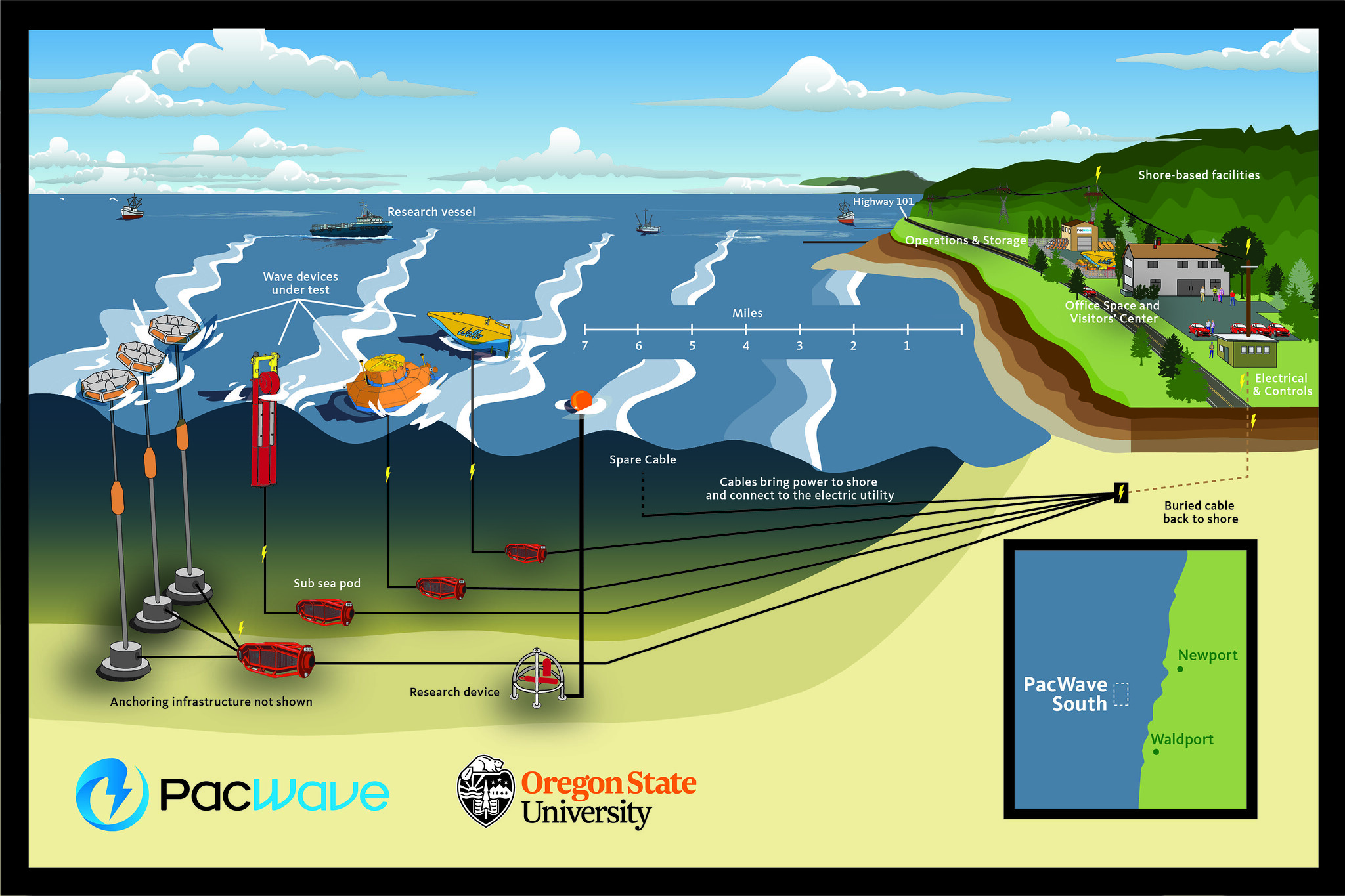