CORVALLIS, Ore. – Desert bighorn sheep are able to climb steep, rocky terrain with speed and agility. New research shows that they can cross a four-lane highway.

At some point in the last decade, at least one of these rare beasts—notable for their large curled brown horns—crossed Interstate 40 in at least one location in the Mojave Desert of California, according to a new Oregon State University study published in the journal Molecular Ecology.

“This is an interesting development that helps increase our understanding of animal movement across human-created barriers,” said Clint Epps, a wildlife biologist in OSU’s College of Agricultural Sciences and lead author of the study. “Determining how species move across complex and fragmented landscapes and interact with human‐made barriers is a major research focus in conservation.”

The Epps-led research team analyzed the DNA contained in bighorn sheep scat collected on both sides of the interstate in two different time periods – the early 2000s and 2013-2015. They also extracted DNA from blood of 159 bighorn sheep captured as part of an ongoing demographic study.

There was no evidence of movement in the first time period but there was in the second – so the researchers inferred a change in the bighorn’s willingness or ability to cross. Avenues for crossing could include pushing through fencing and crossing at surface level despite heavy traffic, or using washes bridged by the interstate but also fenced and typically occurring on flatter ground rarely used by bighorn sheep.

The researchers haven’t been able to determine the number of individuals that have crossed, he said.

“These populations are in distinct mountain ranges and are very isolated,” Epps said. “They form herds rarely exceeding 20 individuals. They don’t like to get far away from their mountainous habitat, but occasionally they move between ranges. Fifteen years ago, there was no evidence of movement across the interstate, but they are intelligent. My guess is one individual figured out how to cross and others started following.”

The willingness to cross the highway has pros and cons, Epps said. On the positive side, crossing the interstate will lead to bighorn from one herd mating with members of another herd. This will increase genetic diversity among the populations, said Epps, who began studying the desert bighorn sheep in the Mojave as a doctoral student in the early 2000s.

On the other hand, movements like this might contribute to the spread of a respiratory disease that has killed numerous bighorn sheep in Western states over the past few decades and is considered the largest risk to wild bighorn sheep populations.

Indeed, the first clue that at least one bighorn had crossed was in 2013, when the pathogen that causes fatal pneumonia in the animals was detected in carcasses on both sides of the interstate. The bighorn have little resistance to the diseases of non-native domestic sheep and cattle that were brought west by settlers.

“The information we had from the previous work was very good, but because this study addressed both time periods, this change in movement behavior shows how animals do different things over time,” Epps said. “We thought the risk of disease transmission across this barrier was low, but they surprised us.”

Desert bighorn sheep are native to the Mojave Desert. Rams typically live from 10 to 13 years and for ewes the average life span is 12 to 20 years.

“They are charismatic animals; a flagship species for conservation in the desert,” Epps said. “There are small numbers of them living in large areas, in an environment that is inherently challenging. Human-made barriers that affect the landscape makes life for them even trickier.”

The study was funded by the National Park Service, California Department of Fish and Wildlife, U.S. Geologic Survey, the California chapter of the Wild Sheep Foundation, the Community Foundation and the National Science Foundation. 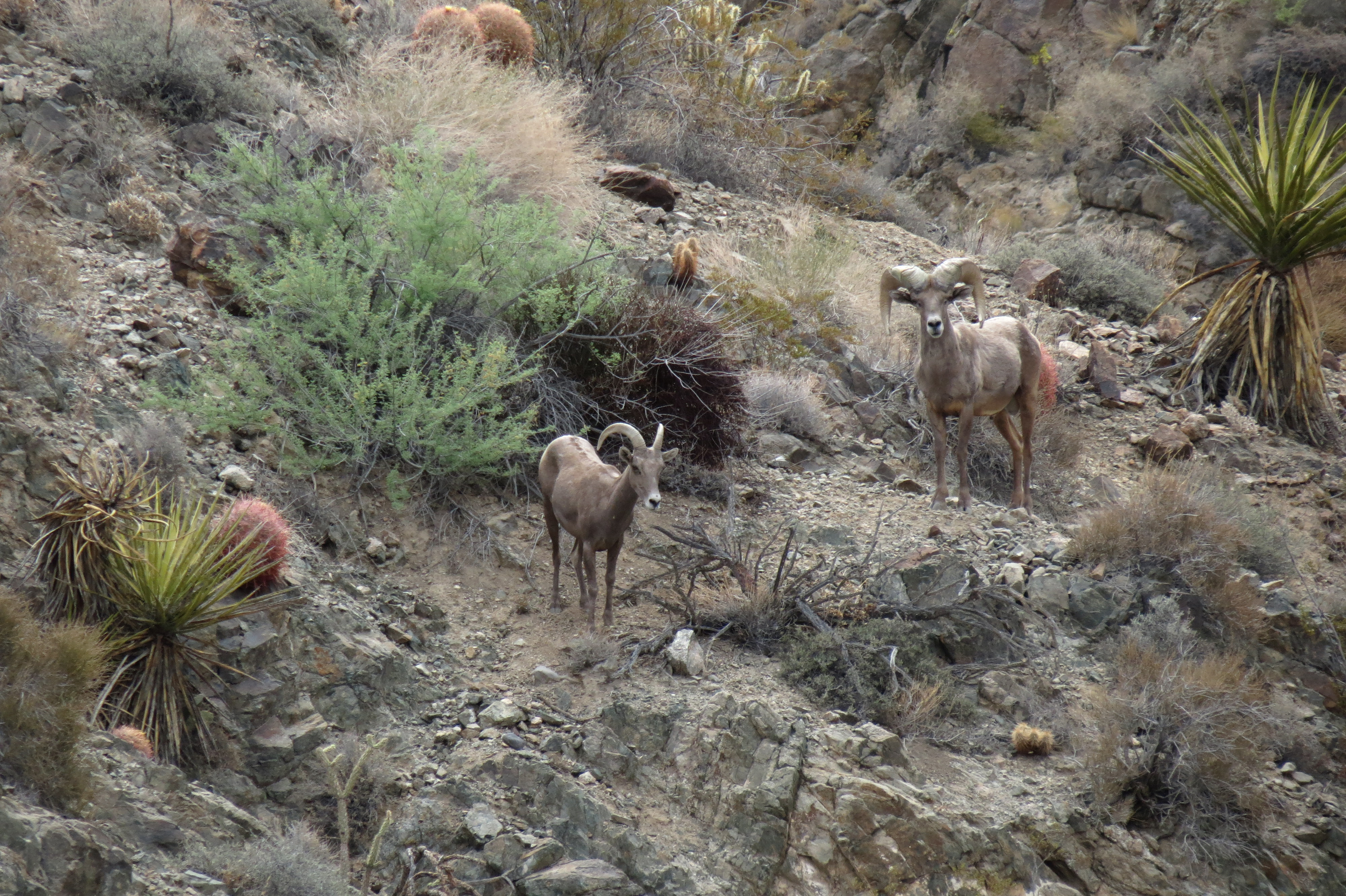