CORVALLIS, Ore. – Coastal communities face increasing danger from rising water and storms, but the level of risk will be more closely tied to policy decisions regarding development than the varying conditions associated with climate change, new research by Oregon State University suggests.

The findings, published in the journal Water, provide an important framework for managing the interactions between human-made and natural systems in cities and towns along shorelines as the Earth continues to warm, the researchers said.

Professor Peter Ruggiero of OSU’s College of Earth, Ocean, and Atmospheric Sciences and John Bolte, chair of OSU’s Biological and Ecological Engineering program, led the study, which employed a modeling platform known as Envision to quantify the expected effects of flooding and erosion on buildings and infrastructure as well as beach accessibility through the remainder of the 21st century.

In a set of analyses involving many variables, the most important takeaway is the power of policy measures to positively or negatively affect a coastal community’s climate risk level, Ruggiero said.

Those measures include the construction of protective structures between the beach face and the shoreline; adding sediment to beaches where access in front of those structures has been lost; removing or relocating buildings repeatedly affected by coastal hazards and turning hazard zones into conservation areas; constructing new buildings well above the base flood elevation established by the Federal Emergency Management Agency; and preventing new development in hazard zones even if those areas are within urban/community growth boundaries.

The model considered the effects of continuing current development policies, implementing only policies designed to combat environmental changes, realigning policies to be more consistent with a changing environment, and relaxing current policies such that development takes precedence over protecting coastal resources, beach access and everything else.

“The combination of climate change and development pressures has the potential to significantly increase the effects of flooding and erosion on coastal populations,” Ruggiero said. “The strategies used to adapt to these impacts have the potential to either improve or exacerbate exposure to hazards, and our modeling results suggest that adaptation policies implemented in response to coastal hazards will have a greater impact on community exposure than the range of variability associated with climate change.”

He added that no alternative produced by the model represents a specific forecast for Tillamook County but rather provides a range of results for decision-makers there and in other communities to use to try to limit the uncertainty inherent in climate change adaptation planning.

“Implementing policies for which the outcome is less certain might not be as desirable as implementing one that’s projected to positively impact one or two important metrics to the stakeholders under all climate scenarios,” Ruggiero said. “Understanding the impacts of decisions and climate both individually and coupled within scenarios can potentially allow for better decision-making regarding adaptation.” 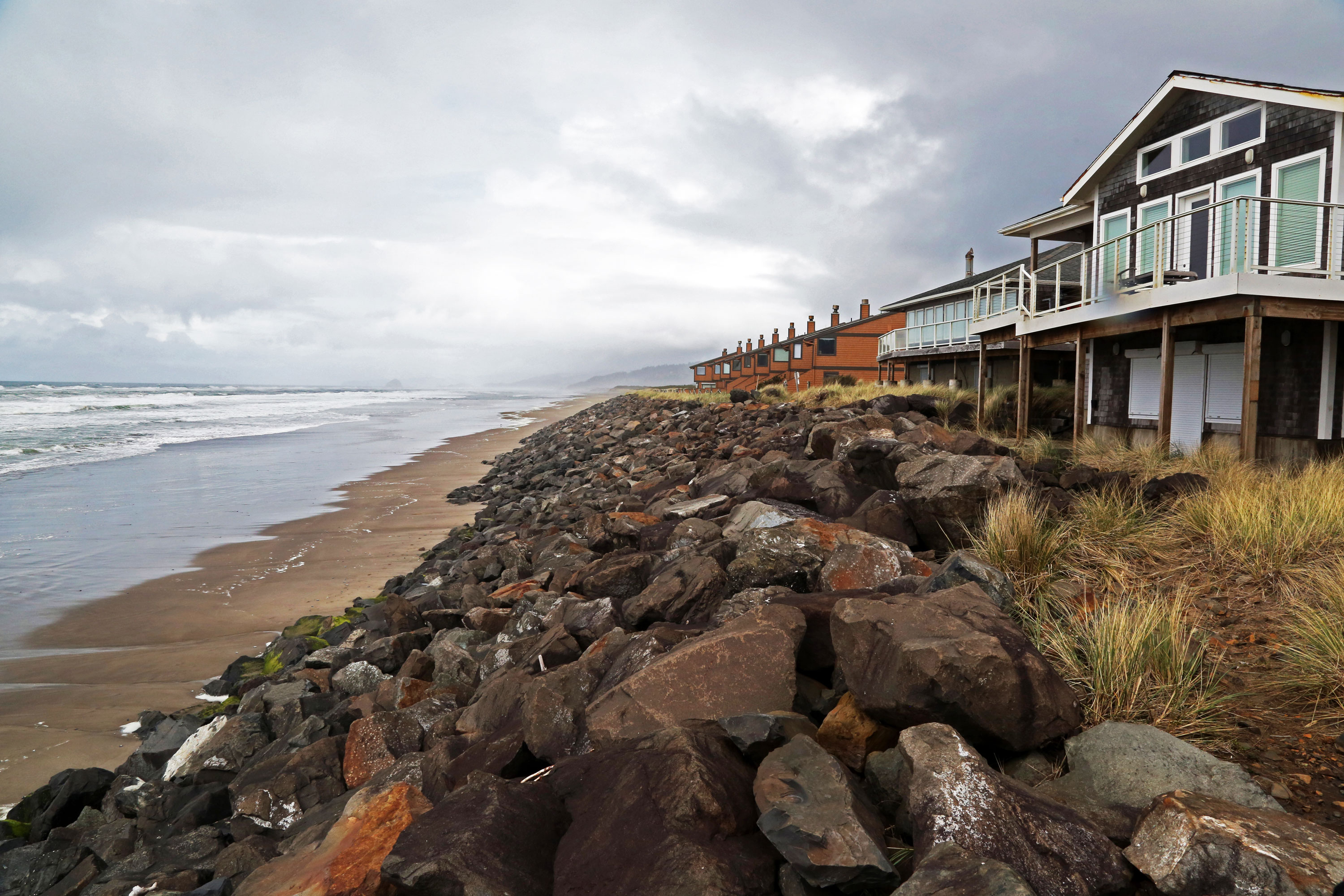