CORVALLIS, Ore. – Eating less meat and dairy products in favor of plant-based proteins like those found in grains, legumes and nuts could make a huge difference in how much carbon dioxide reaches the atmosphere, research by Oregon State University shows.

“Plant protein foods provide important nutrients while requiring a small percentage of the farm and ranch land needed to generate animal products like beef, pork and milk,” said Ripple, distinguished professor of ecology in the Oregon State College of Forestry.

Via photosynthesis, trees and other vegetation generate energy from sunlight, water and carbon dioxide, in the process storing some of the carbon in the form of wood and foliage and releasing oxygen.

The land required to meet current global demand for meat and dairy-based products constitutes more than 80% of the Earth’s agricultural acreage, according to the research collaboration led by Matthew Hayek of New York University.

If production is shifted to more land-friendly foods, the door opens to the regrowth of native vegetation capable of scrubbing away years of climate-changing fossil fuel emissions.

The scientists mapped and analyzed areas where extensive production of animal-sourced foods is likely suppressing forests and other native vegetation. They identified areas totaling more than 7 million square kilometers – roughly the size of Russia – with conditions such that forests would regrow and thrive on their own if agricultural pressure were removed.

Fossil fuels like coal and oil contain carbon that plants pulled out of the atmosphere through photosynthesis over millions of years. That same carbon is now being returned to the atmosphere in a matter of hundreds of years because fossil fuels are being burned for energy,

The annual rate of increase in atmospheric CO2 over the past six decades is roughly 100 times faster than increases resulting from natural causes, such as those that happened following the last ice age more than 10,000 years ago, according to NOAA.

Unlike oxygen or nitrogen, which account for most of the atmosphere, greenhouse gases absorb heat and release it gradually over time. Absent those greenhouse gases, the planet’s average annual temperature would be below freezing rather than around 60 degrees Fahrenheit, but too-high levels of greenhouse gases cause the Earth’s energy budget to become unbalanced.

The largest potential for climate-benefiting forest regrowth is in comparatively wealthy nations. In those countries, cutbacks in meat and dairy production would bring relatively mild impacts on food security, the researchers say, while substantially assisting in capping climate change at 1.5 degrees Celsius above pre-industrial age levels as called for in the 2016 Paris Agreement.

A majority of climate scientists agree that limiting warming to 1.5 degrees would maintain substantial proportions of ecosystems while also benefiting human health and economies.

“We can think of shifting our eating habits toward land-friendly diets as a supplement to developing green energy, rather than a substitute,” Hayek said. “Restoring native forests could buy some much-needed time for countries to transition their energy grids to renewable, fossil-free infrastructure.”

Hayek, Ripple and their collaborators – Helen Harwatt of Harvard and Nathaniel Mueller of Colorado State – emphasize that their findings are meant to help local officials seeking to come up with plans to mitigate climate change. The scientists acknowledge that animal-based agriculture is economically and culturally important in many areas around the globe.

“While the potential for restoring ecosystems is substantial, extensive animal agriculture is culturally and economically important in many regions around the world,” Mueller said. “Ultimately, our findings can help target places where restoring ecosystems and halting ongoing deforestation would have the largest carbon benefits.”

Reducing meat production would also aid water quality and quantity, wildlife habitat and biodiversity, Ripple says, including fostering the ecosystem health that helps thwart pandemic diseases originating from animals as COVID-19 is believed to have done.

“Intact, functioning ecosystems and preserved wildlife habitat help make the risk of pandemics smaller,” Ripple said. “Our research shows that with diet change, we have an opportunity to give large areas back to nature and wildlife with relatively minimal impacts on food security. Ecosystem restoration and reduced livestock populations could reduce zoonotic disease transmission from wildlife to chickens or pigs and ultimately to people.” 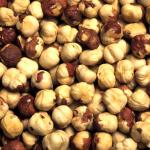 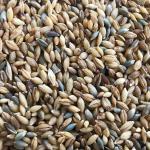