Chester, who was born at the Tacoma, Wash. zoo nearly two years ago, is one of only about 260 red wolves remaining in the world.

The procedure went smoothly and as of Wednesday morning, Chester was back home in Tacoma, bright-eyed and very excited about his breakfast.

“We’re feeling really excited and hopeful that this will help give him a good quality of life and help him feel better,” said Dr. Kadie Anderson, associate zoo veterinarian at Point Defiance and a 2011 graduate of OSU’s Carlson College of Veterinary Medicine.

Chester was born with a congenital defect in his liver known as a shunt, where a blood vessel bypasses the liver and allows unfiltered blood and toxins to run throughout his body. To fix it, doctors needed to block the errant vessel and keep the blood running through his liver’s filtration system.

Doctors at the Lois Bates Acheson Teaching Hospital within OSU’s veterinary college perform six or seven shunt procedures each year on dogs, but this was their first time operating on a wolf. The doctors confirmed it’s the first time in history a red wolf has had a shunt repaired with this technique.

The nonsurgical procedure is similar to a coronary angioplasty in humans: Doctors feed a catheter through a vein to the liver, place a tubular mesh stent across the opening of the affected blood vessel, then gradually place coils against the stent to stimulate clotting at the opening. In time, the vessel will be completely blocked, so blood will be routed directly through the liver rather than bypassing it.

“I don’t want to be the one responsible for there being only 259 left,” he said.

In the end, everything went according to plan during the three-hour procedure Tuesday.

“I think the procedure went very smoothly,” de Morais said. “It might be the easiest one we’ve done.”

A red wolf’s anatomy is very similar to a dog’s, so the doctors were in familiar territory, said Dr. Kate Scollan, an associate professor in the veterinary college who also worked on the procedure.

“It certainly was fun to do this in a new species for us,” she said. “And definitely hats off to our anesthesia team and the team from the zoo working together on the anesthesia part — everything looked like it went really smoothly there too, which is always one of the big challenges.”

Chester, who will turn 2 in May, is one of a litter of eight pups born into Point Defiance’s red wolf conservation program in 2019. There are currently six female wolves at the zoo itself and approximately 50 wolves at its off-site breeding facility, run in collaboration with the U.S. Fish and Wildlife Service.

Red wolves are the only carnivore species unique to the U.S., but aggressive hunting almost killed them off by the 1970s. Through conservation efforts by zoos and the Fish and Wildlife Service, there are now about 250 in zoos, though fewer than 20 red wolves remain in the wild.

Point Defiance staff knew something was wrong when Chester was just 3 or 4 months old, but despite numerous tests they could not determine the source of his gastrointestinal discomfort until October when bloodwork finally indicated the trouble stemmed from a liver shunt.

“Your liver does so much work for your body, but if it doesn’t have the ability to filter your blood, it’s not going to be able to do its job,” Anderson said.

Because his condition may be genetic, the zoo plans to neuter him after the stent procedure so he will not contribute to the breeding program. But he will still play an important role as a companion animal to other wolves who are not recommended for breeding, helping socialize when members of the pack need to be separated during breeding season.

From the beginning, Chester has been easy to spot as he’s always been one of the more confident wolves, Anderson said. If a visitor snapped a photo of the wolf pups, Chester was likely front and center.

“We’re really looking forward to seeing him recover,” she said.

And Chester can look forward to celebrating with a meat cake from his keepers on his upcoming birthday. 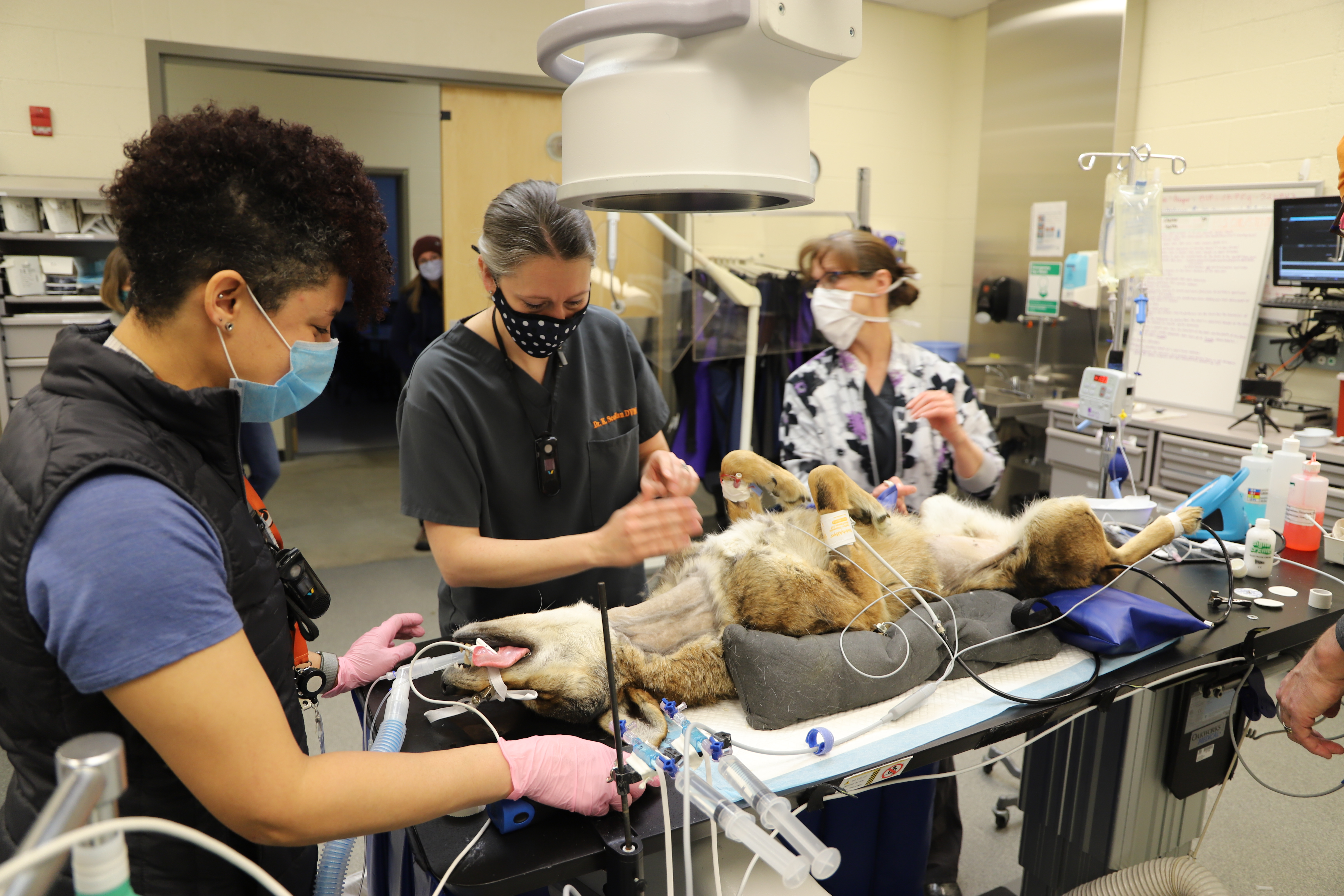 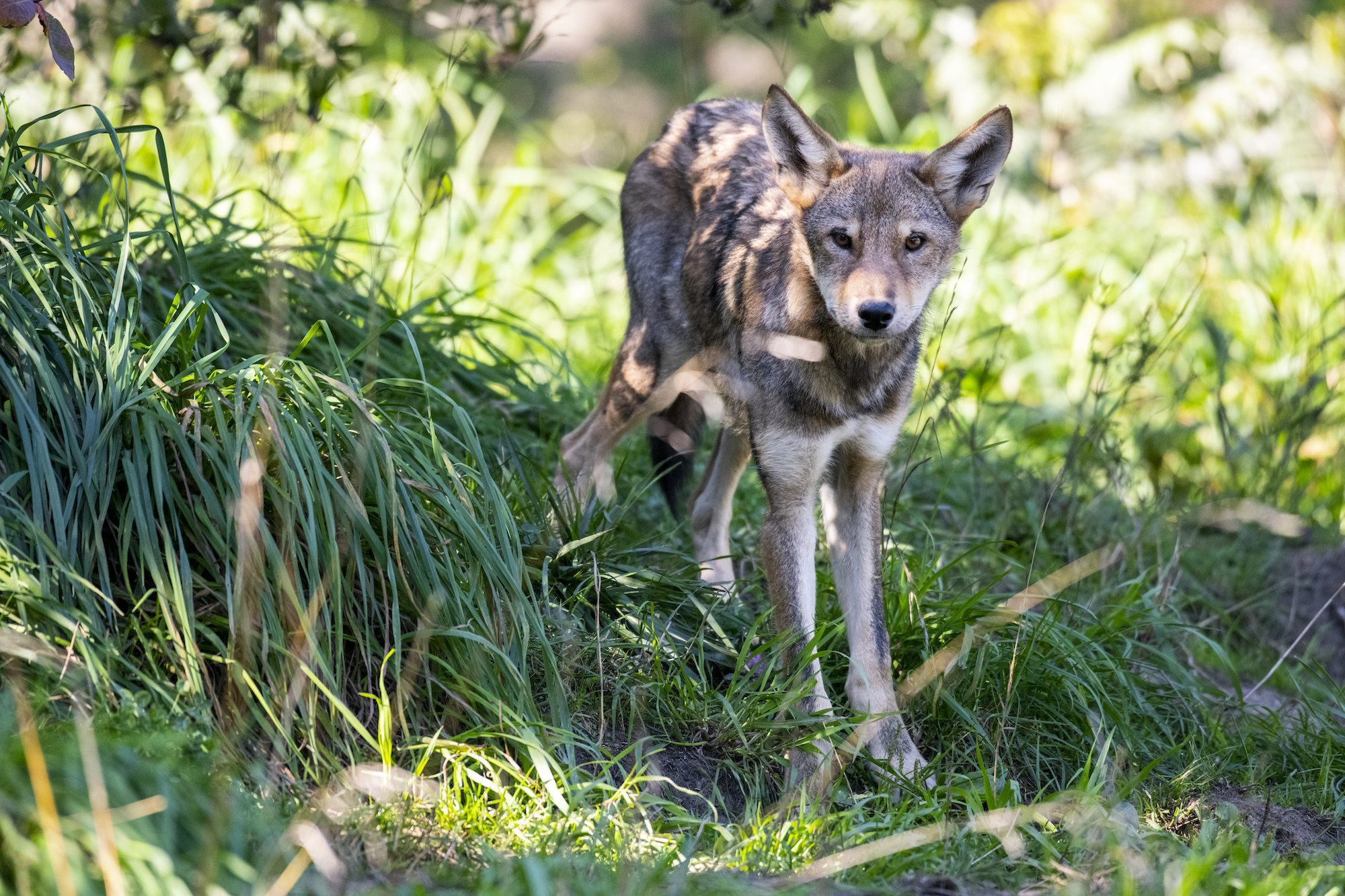