NEWPORT, Ore. – Researchers from Mexico and the United States have concluded that a population of fin whales in the rich Gulf of California ecosystem may live there year-round – an unusual circumstance for a whale species known to migrate across ocean basins.

What makes the discovery even more unusual, researchers note, is that they identified the pattern of movement of the fin whales, which are the second largest whale species in the world, using a satellite tracking data set from 2001. Oregon State University professor Bruce Mate, director of OSU’s Marine Mammal Institute and co-author on the study, tagged 11 whales that year and was able to record the movements of nine of them for up to a year.

Since then, the OSU scientists have worked with colleagues in Mexico to further study the whales, in the process identifying via a 2011 photograph at least one female fin whale from the 2001 study – this time, with a calf, indicating the whales may even stay in the region for breeding and calving.

Results of the study are being published today (Jan. 10) in the journal PLOS ONE.

“One reason we decided to go back to this data set is that we know very little about fin whales in this region,” said Daniel Palacios, who holds the Endowed Faculty in Whale Habitats position at Oregon State’s Marine Mammal Institute, and is co-author on the study. “It is fairly remote, it is not densely populated and it requires expensive technology to track whales over time.”

“Researchers have known since at least the mid-1980s that fin whales inhabited the Gulf of California, but we just haven’t been able to get much information about them. As it turns out, we had an important piece of the puzzle in the tracking data set we just hadn’t yet fully analyzed.”

The researchers were able to reach several conclusions, based on extensive analysis of the tracking record of the 2001 satellite telemetry data coupled with more recent observations of the region’s weather patterns, acoustic data, and studies of potential food for the fin whales, in particular, krill and small fish.

“The Gulf of California has a strong seasonal transition driven by changing atmospheric winds that produce upwelling and productivity,” said OSU’s Palacios, who specializes in the habitats of whale species. “Over the course of the seasons, different parts of the gulf light up and there are hot spots of productivity. Whales have learned to identify these areas and have adapted their movements to track this seasonal shift.”

Fin whales are the second largest whale species in the world after blue whales. They are thought to reach as much as 80 feet in length and weigh up to 100 tons. Heavily hunted during the whaling era, their populations have slowly but steadily rebounded because of international protection and the fact that they consume fish as well as krill and other crustaceans.

As a reflection of this, the global conservation status of fin whales was recently upgraded from “endangered” to “vulnerable” by the International Union Conservation of Nature (IUCN) Red List.

Palacios said he hopes the Oregon State researchers and their colleagues from Mexico can return to the region and utilize newly developed tags that will be able to not only collect location data, but record how often the whales dive, how deep, and whether they are eating.

“Feeding year-round is what separates fin whales, blue whales and related species from other baleen whales,” Palacios said. “We think they are finding enough food in the gulf to stay there year-round, but we’d like to document that over a period of years.”

The study is important because marine mammals in the Gulf of California are threatened by illegal fishing and boating activity. One fish in particular – the totoaba – is illegally harvested by fishermen who sell the swim bladder in Asian markets as a supposed aphrodisiac.

In addition to threatening the fish population, the activity has had significant impact on the world’s smallest and most endangered marine mammal – the vaquita. A member of the porpoise family, its dwindling numbers are partially a result of bycatch from that illegal fishing. Some researchers estimate that only 30 vaquita remain alive in the gulf.

Finally, the ship traffic from illegal fishing in the gulf – including illegal fishing and drug running – may lead to increased risk of collisions with whales, which could threaten this population of fin whales, Palacios said.

“There is only one other place in the world that appears to have a resident population of fin whales, and that’s in the Mediterranean,” he said. “We’d like to find out more about how this unusual population has carved out its niche and what may define – and threaten – its success.”

Other researchers on the study include M. Esther Jiménez López and Jorge Urbán of the Universidad Autónoma de Baja California Sur; Armando Jaramillo Legorreta, the National Institute of Ecology in Mexico. 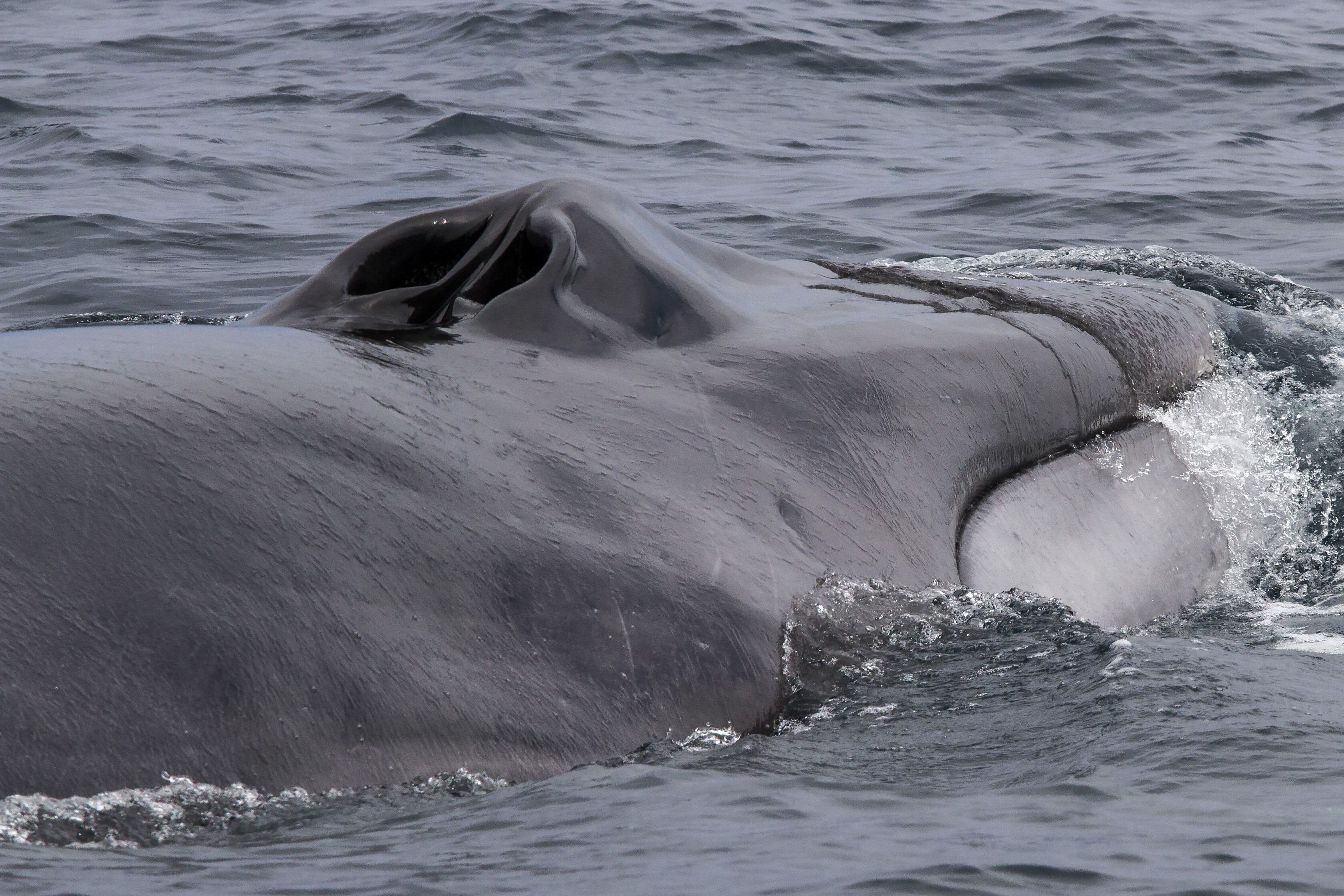 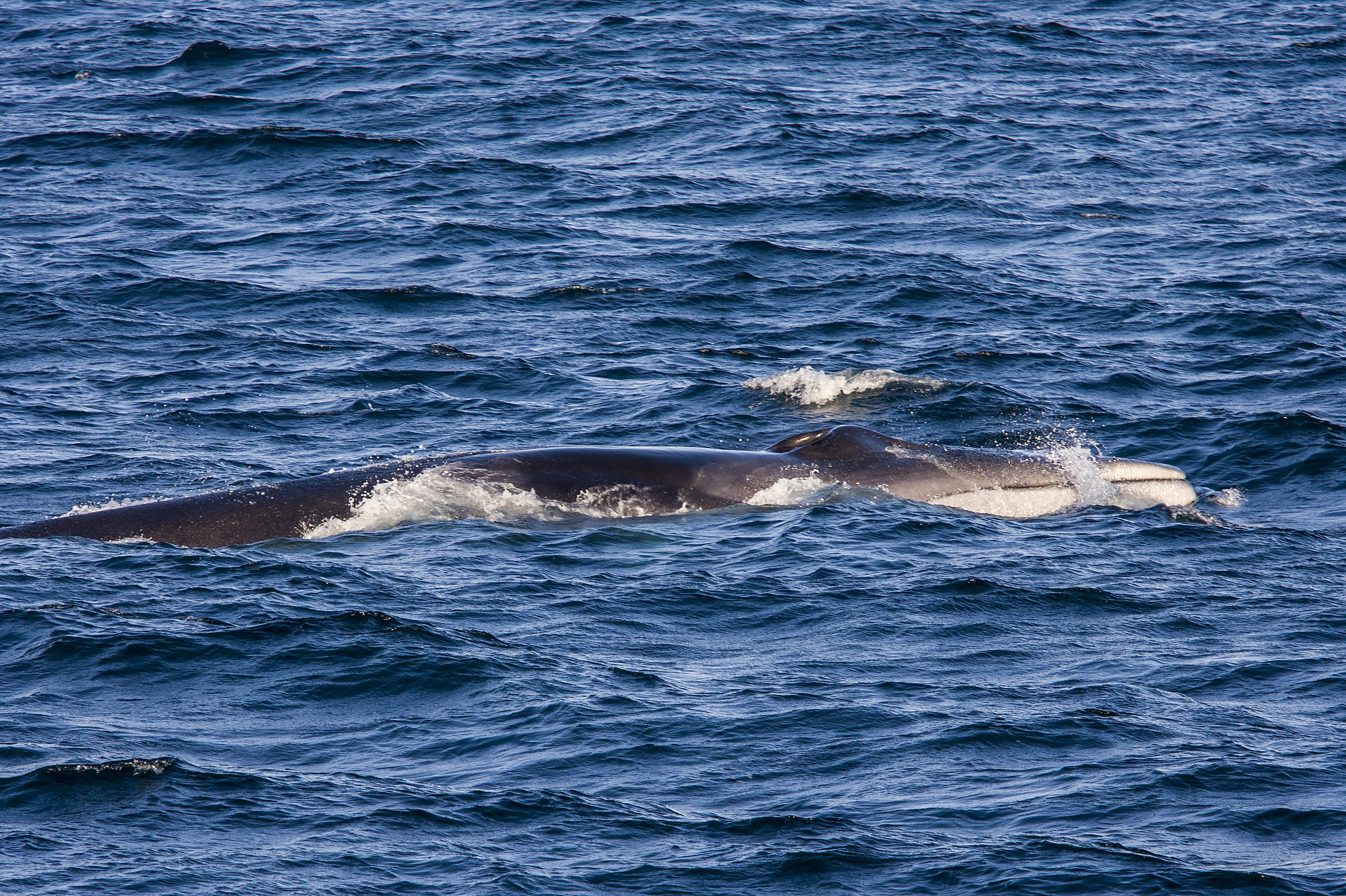