Fatty foods necessary for vitamin E absorption, but not right away

CORVALLIS, Ore. – A fresh look at how to best determine dietary guidelines for vitamin E has produced a surprising new finding: Though the vitamin is fat soluble, you don’t have to consume fat along with it for the body to absorb it.

“I think that’s remarkable,” said the study’s corresponding author, Maret Traber of Oregon State University, a leading authority on vitamin E who’s been researching the micronutrient for three decades. “We used to think you had to eat vitamin E and fat simultaneously. What our study shows is that you can wait 12 hours without eating anything, then eat a fat-containing meal and vitamin E gets absorbed.”

The study was published today in The American Journal of Clinical Nutrition.

Vitamin E, known scientifically as alpha-tocopherol, has many biologic roles, one of which is to serve as an antioxidant, said Traber, a professor in the OSU College of Public Health and Human Sciences, and Ava Helen Pauling Professor at Oregon State’s Linus Pauling Institute.

Vitamin E in human diets is most often provided by oils, such as olive oil. Many of the highest levels are in foods not routinely considered dietary staples, such as almonds, sunflower seeds and avocados.

“There’s increasingly clear evidence that vitamin E is associated with brain protection, and now we’re starting to better understand some of the underlying mechanisms,” Traber said.

Fractional absorption means just what you would think – the fraction of the dose absorbed by the body rather than metabolized and excreted. Fractional absorption dictates how much of something, in this case vitamin E, a person needs to take to maintain the correct level in his or her body.

Deuterium, the vitamin E marker in this study, is an isotope of hydrogen with double the atomic mass of the regular version; deuterium has both a proton and a neutron, compared to just a proton for normal hydrogen, and is a common tracer in investigations of biochemical reactions.

Study subjects at the National Institutes of Health Clinical Center were given both oral and IV vitamin E and drank a liquid meal containing either 40% fat or no fat. Researchers then used a combination of tightly controlled dietary intakes to determine the roles fat and fasting played in vitamin E absorption.

“What this study says is, vitamin E gets taken up into the intestinal cell and sits there and waits for the next meal to come along,” Traber said. “It’s in a fat droplet, sitting there, waiting to be picked up, like a cargo container, and loaded onto a chylomicron truck.”

Chylomicrons are lipoprotein particles that transport dietary lipids – fats – around the body through the blood plasma.

The IV portion of the study, used in conjunction with the oral dosing to calculate fractional absorption, also yielded remarkable findings, Traber said.

“We injected the vitamin E in a lipid emulsion and expected it would take some time to disappear from the plasma and them come slowly back into circulation, but it was gone within 10 minutes,” Traber said. “High-density lipoproteins quickly acquired the vitamin E, and the chylomicrons quickly disappeared from circulation into the liver.

“The IV vitamin E we put into the body over three days, almost none of it came out again, like 2% of the dose,” she added. “No one had ever seen that before – normally you absorb about half of what you consume. That vitamin E that’s staying in the body, we don’t know where it goes, and finding that out is important for studying how much vitamin E you need to eat every day.”

Vitamin E is a group of eight compounds – four tocopherols and four tocotrienols, distinguished by their chemical structure. Alpha-tocopherol is what vitamin E commonly refers to and is found in supplements and the European diet; gamma-tocopherol is the type of vitamin E most commonly found in the American diet.

“Plants make eight different forms of vitamin E and you absorb them all, but the liver only puts alpha-tocopherol back into the bloodstream,” Traber said. “All of the other forms are metabolized and excreted. That tells us the body is working very hard to get all the nutrients it can and will sort out what the toxins are later. That’s really exciting, because it explains why the liver needs an alpha-tocopherol transfer protein but the intestine does not.”

The National Institute of Diabetes and Digestive and Kidney Diseases and DSM Nutritional Products financially supported the research. 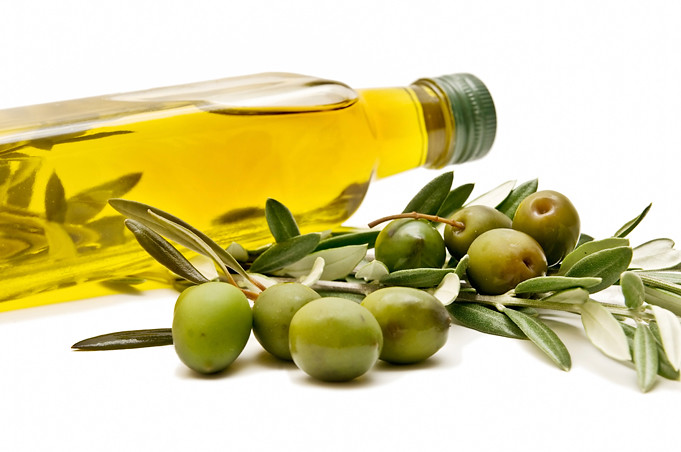