Fire is not all bad news in healthy sagebrush steppe ecosystems

CORVALLIS, Ore. – Fire is not all bad news in healthy sagebrush steppe ecosystems, according to an Oregon State University study.

The study, published in the journal Ecosystems, shows there is not a “one-size-fits-all” solution to fire in sagebrush steppe habitats across the western United States, said corresponding author Lisa Ellsworth, a range ecologist in OSU’s College of Agricultural Sciences.

The OSU research team sampled eight research plots more than a mile high in the Hart Mountain National Antelope Refuge in southeastern Oregon, 17 years after prescribed fire. The fuel loads – the burnable material – in the four unburned control plots were seven times greater than in the four burned plots.

The researchers modeled fire behavior to predict how fire would move through the study area and found “dramatic differences” between the unburned and burned plots. Seventeen years after fire, the burned plots, with their low fuel loads, will slow the spread of the next wildfire, Ellsworth said.

“Sagebrush steppe ecosystems that are in good ecological condition, with minimal invasive grass, can recover from prescribed fires,” Ellsworth said. “There are benefits to keeping some fire on these landscapes, including fires acting as fuel breaks, which will slow the spread of fire substantially, relative to the unburned control plots.”

The results are noteworthy, Ellsworth said, as federal, state and local agencies in Oregon and other western states spend millions on land management methods to conserve habitat for native wildlife, including greater sage-grouse. In 2015, U.S. Fish and Wildlife Service decided not to list the sage-grouse under the U.S. Endangered Species Act due to intense public and private conservation efforts.

“The current paradigm is that we want to protect sage-grouse habitat so we don’t want fire,” Ellsworth said. “This is critical, particularly in areas where invasive grass is an issue.  But we’re not doing a good job collectively in being nuanced in what part of the sagebrush steppe we’re talking about. In this study area, we saw that these small, patchy prescribed burns might do a whole lot of good if we’re talking about breaking up fuel continuity and preventing the spread of a large wildfire.”

Former OSU graduate student and study lead author Schyler Reis re-visited research plots in the Hart Mountain National Antelope Refuge that were burned in the 1997 by David Wrobleski for his master’s thesis at OSU. Wrobleski, now with the U.S. Forest Service, traveled to the refuge from Montana to help Reis with the field research. He also shared data he collected just before and right after the fires.

“This was a rare opportunity because we don’t have a lot of long-term data on fire in the sagebrush steppe,” Ellsworth said. “Resurrecting some of these old data sets is a great way to get a long-term picture of how these ecosystems recover from fire.”

The study site was dominated by Wyoming big sagebrush, the most abundant sagebrush subspecies. The refuge is managed for wildlife habitat. Cattle grazing was discontinued there in 1991 and feral horses were removed in 1999. The study site is two hours from a paved road.

The study site’s pristine condition and cooler soil hasn’t been conducive to the proliferation of invasive grasses, as in other areas of the sagebrush steppe where historic overgrazing and invasive cheatgrass and medusahead have combined to degrade the landscape.

Importantly, the researchers found 3.75 times more shrub litter in the unburned sites than the burned site. Shrub litter, also known duff, is the leaves that fall off the sagebrush and create a ground layer. Fire smolders in the duff layer, Ellsworth said, and the heat filters below the surface and is more likely to kill plants.

The absence of duff was another positive for the burned plots, she said.

“The good condition native vegetation and cooler soil was a big part of why this site handled prescribed fire so well,” Ellsworth said. “Prescribed fire won’t necessarily stop wildfire but it can slow it. In our study site there’s still not a lot of burnable material out there, primarily because there is very little invasive grass, but it is dominated by patchy native bunchgrasses.”

The study was funded by the Joint Fire Science Program and the Greater Sheldon-Hart Conservation Fund. 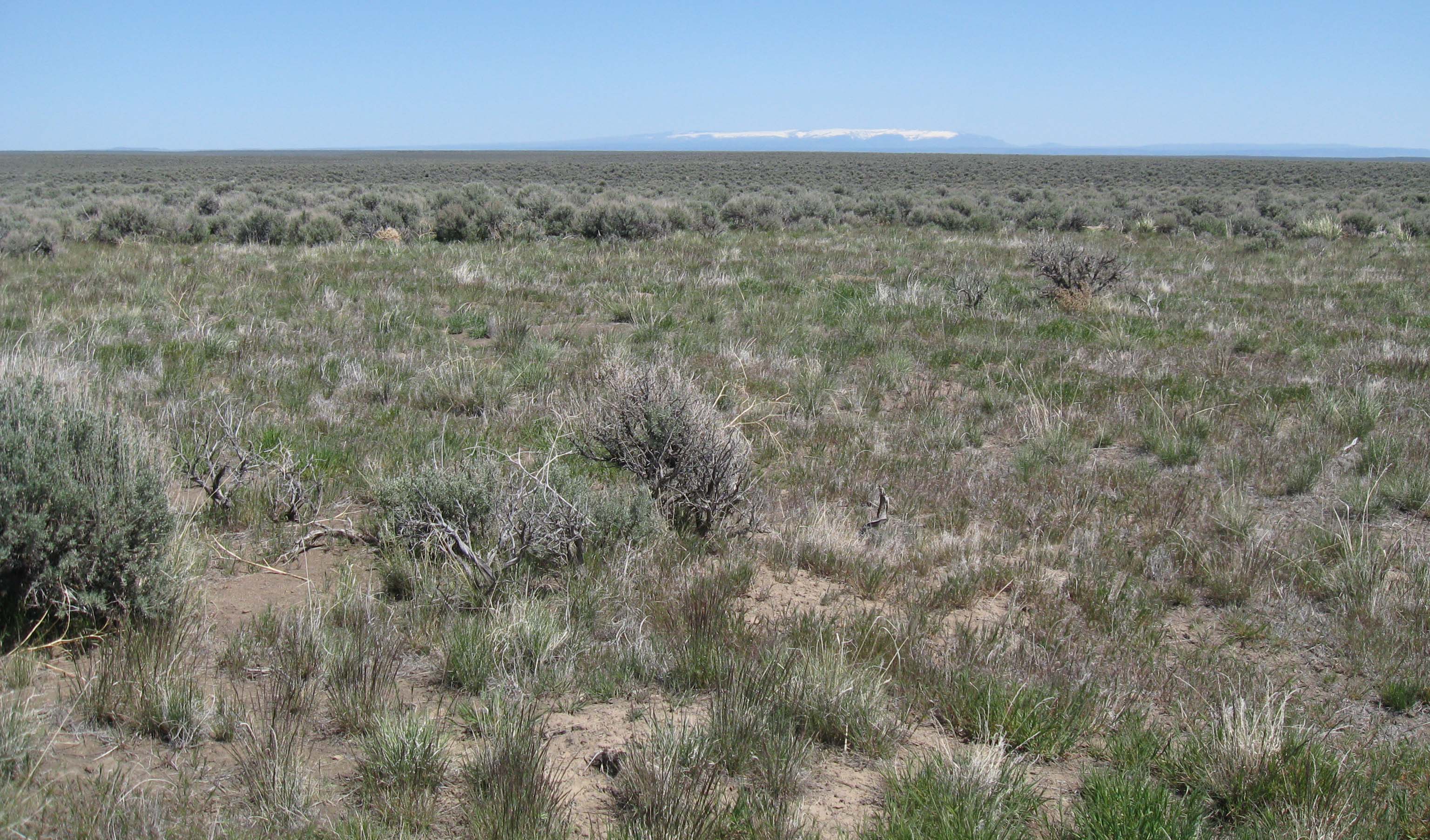