Flame retardant may cause hyperthyroidism in cats

CORVALLIS, Ore. – An epidemic of cats with hyperthyroidism may be explained by exposure to a chemical contained in flame retardants commonly found in furniture, according to an Oregon State University study.

The number of cats diagnosed with hyperthyroidism in 1980 was 1 in 200. Today it’s estimated that 1 in 10 cats are afflicted.

For the Oregon State study, a silicone pet tag developed by Kim Anderson, an environmental chemist in the Oregon State College of Agricultural Sciences, was attached to the collars of 78 hyperthyroid and non-hyperthyroid cats. The cats wore the tags for a week and owners filled out a questionnaire. Once collected, the tags went through a process to extract the chemicals by soaking them in a solvent.

The feline passive samplers – similar to a rabies tag – are produced out of the same material used in the silicone wrist bands invented in Anderson’s lab for measuring exposure to environmental chemicals in humans, including after Hurricane Harvey in Houston in 2017.

“The tags are porous and chemically very similar to human cells,” Anderson said. “Molecules of contaminants embed themselves in the silicone in the same way they’d go into the cells in your body. The silicone is a pretty good mimic of the types of chemicals that you can absorb – what we call passive sampling.”

The research, led by Carolyn Poutasse, a doctoral student in Anderson’s lab, found over 20 individual flame retardants in at least one tag. But only levels of tris(1,3-dichloro-2-isopropyl) phosphate, or TDCIPP, a flame retardant once used in children’s sleepwear and discontinued for that use in the late 1970s, differed between tags worn by hyperthyroid and non-hyperthyroid cats. TDCIPP is still commonly applied to the foam in upholstered furniture, some plastics and some gel air fresheners.

The research found that even in healthy cats, higher TDCIPP levels were correlated with thyroid hormone levels.

“The way a cat is diagnosed with feline hyperthyroidism is by extremely elevated concentrations of thyroid hormones,” Anderson said. “Seeing the correlation is suggestive of a connection between thyroid function and exposure to TDCIPP.”

Two cats in the same household can have different levels of TDCIPP, Poutasse said, because one cat may spend more time on furniture and the other on windowsills or other areas without flame retardant. Covering furniture to provide a barrier and reducing air freshener use may help lower a cat’s TDCIPP exposure.

“Of course, that begs the question, if we follow these cats for five years, would those cats on the higher end of normal thyroid hormone levels continue to progress to have higher and higher levels assuming their exposure to TDCIPP continues to be elevated?” Anderson said. “That would be the natural question if cats end up with hyperthyroidism.”

The amount of the chemical in use in the U.S. continues to rise, Poutasse noted. In 1997, demand for TDCIPP was 450 tons and in 2006 it was 22,700 tons. Scientists are beginning to look not only at the organophosphates in flame retardants, but also the derivatives. Anderson and Poutasse plan to continue evaluation of over 1,500 chemicals not measured in the current study.

“When you look at the environment, you’re immediately struck by, well, this wasn’t diagnosed in the ‘60s and ‘70s and now it’s 1 in 10,” said Anderson. “What chemicals came on the market in that time period? One of the biggest ones is flame retardants.”

The study was a partnership between OSU’s Food Safety and Environmental Stewardship Program, the OSU Carlson College of Veterinary Medicine, Columbia University, the Animal Endocrine Clinic and the New York Cat Hospital. 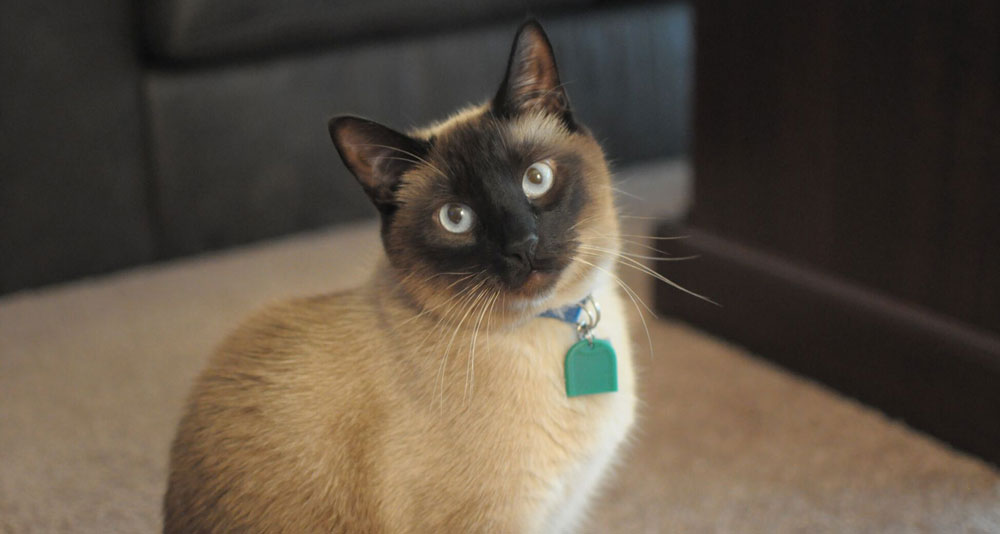