Santala, assistant professor of materials science, was selected for her proposal to study phase change materials, usually abbreviated as PCMs, which have potential for low-power, non-volatile computer memory. PCMs generally consist of antimony and tellurium alloyed with other elements. Her research will seek to address the need for more data on the physical mechanisms of the rapid crystallization that occurs within PCMs and on the heat flow during the process.

Fronk, assistant professor of mechanical engineering, was chosen for his proposal

to study supercritical fluids. At certain temperatures and pressures above a critical point, fluids transition between liquid and gas properties without undergoing a phase change such as boiling or condensation.

The cause and control of those degradations and oscillations are not well understood, and Fronk’s project will probe the physical phenomena that govern the heat transfer properties of near-critical fluids. His award is for $527,992.

Labram, assistant professor of electrical and computer engineering, was awarded $500,000 for his proposal to study opto-electronic circuits based on a new class of materials, metal halide perovskites. These materials are semiconductors like silicon but can be solution-processed at low temperatures, and their electronic and optical properties can be chemically tuned.

There has been interest in these materials for devices such as solar cells and light-emitting diodes, but they have not been closely examined for use in electronics. Labram plans to make proof-of-principle devices such as phototransistors that can be incorporated into next-generation electronic circuits for applications like differential amplifiers and optical sensors.

Nayyeri, assistant professor of computer science, was chosen for his proposal to research mapping problems in computational geometry and topology – the challenges involved in measuring similarity between objects.

Nayyeri, who was awarded $600,000, will examine different similarity measures, looking at them as maps between objects and considering different geometric and topological representations of the objects. The project aims to produce new algorithms with new performance guarantees in technologies such as medical imaging.

The CAREER program supports early-career faculty “who have the potential to serve as academic role models in research and education and to lead advances in the mission of their department or organization,” according to the NSF website. 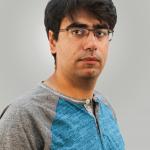 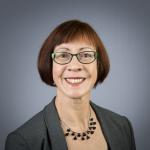 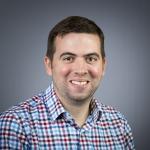 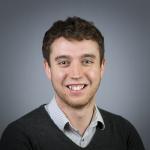