Genetic behavior reveals cause of death in poplars essential to ecosystems, industry

CORVALLIS, Ore. – Scientists studying the valuable, but vulnerable, black cottonwood poplar have identified the genetic mechanism responsible for the species’ inability to resist a pervasive and deadly disease.

Their finding, published in the Proceedings of the National Academy of Sciences, could help protect the ecosystem and lead to successful tree growth for increased biofuels and forestry production.

The researchers analyzed the genetic response of black cottonwood poplars infected by a pathogen known as Septoria, which causes untreatable cankers on the surface of the trunk and branches and kills trees early in the typical growing cycle.

Ecologically, black cottonwood poplars are prevalent in river systems across the U.S. Pacific Northwest where Septoria is not a threat – yet.

“Surprisingly, we found that a gene that causes susceptibility is widely prevalent across the species range,” said Jared LeBoldus, a forest pathologist at Oregon State University and the study’s corresponding author. “This degraded resistance and maintained susceptibility could be detrimental to the ecosystem if Septoria is introduced in the Pacific Northwest.”

Hybrid varieties of the poplars are economically valuable because they can grow up to three times faster than the pure species. If the hybridized poplars survive, they could dramatically increase production of high-value, bio-derived materials, biofuels and forestry products such as pulp and paper, lumber and veneer.

Unsuccessful growth of the cottonwood hybrid represents a key barrier to the industry’s economic potential and limits companies to slower growing varieties.

To map the genetic behavior of black cottonwood, OSU researchers assessed more than 3,000 individual black cottonwoods using a combination of digital imagery and measurements of disease severity for susceptibility to Septoria canker.

Scientists at the U.S. Department of Energy’s Oak Ridge National Laboratory (ORNL) used computational resources coupled with genome sequencing and profiling of more than a thousand genomes provided by the DOE’s Joint Genome Institute that helped identify the resistance and susceptibility gene in each individual black cottonwood.

The team then searched for links between a dataset of 28 million known mutations and the poplars’ genetic profiles to verify which trees lined up with those that were predicted to be resistant or susceptible to Septoria.

“Out of those billions of computations, we found mutations that are consistently correlated with either resistance or susceptibility to the disease,” said Wellington Muchero, a study co-author with the Center for Bioenergy Innovation at ORNL. “At ORNL, we can show that our results hold up in a real-world field conditions and that most black cottonwoods from the West Coast cannot tolerate the Septoria pathogen.”

The results also identified individual trees that are resistant to the disease and can be used to develop resistant hybrids for commercial production, as well as inform intervention strategies to protect Pacific Northwest ecosystems from the spread of Septoria.

Collaborators included researchers at the University of Georgia, and HudsonAlpha Institute for Biotechnology in Huntsville, Alabama. 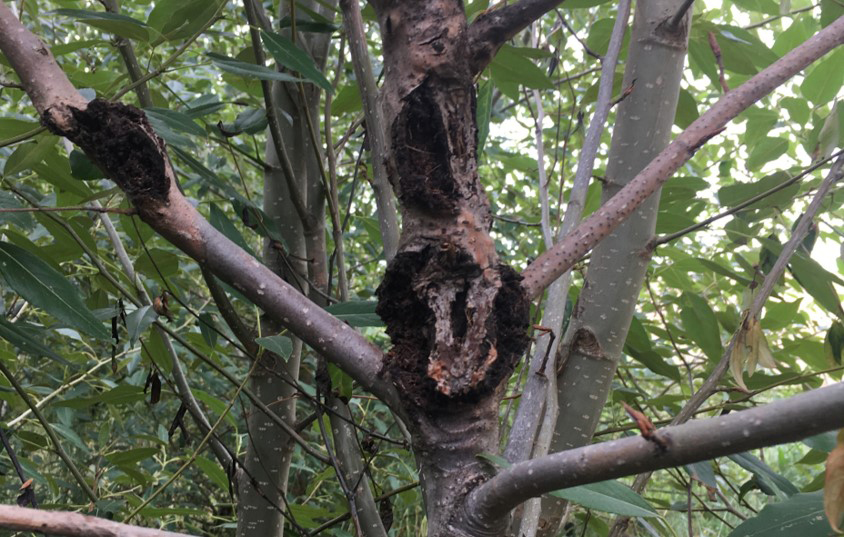