But even small reductions in air pollution levels can result in a reduction of disease risk.

The study shows that countries don’t have to immediately eradicate all air pollution to make a difference for people’s health, said researcher Perry Hystad, an environmental epidemiologist in OSU’s College of Public Health and Human Sciences. Hystad was the lead author on the international study, which also included fellow OSU public health researcher Andrew Larkin. Michael Brauer of the University of British Columbia was the senior author.

“If you reduce the concentration of outdoor air pollution, you’re going to see benefits for cardiovascular disease,” Hystad said. “Before this study, we were not sure if this was the case. Some studies suggested that at high concentration, as seen in many developing countries, levels would have to be reduced by very large amounts before health benefits would occur.”

Overall, the study found a 5% increase in all cardiovascular events for every 10 microgram-per-cubic-meter increase in concentration of air pollutant particles under 2.5 microns in size (PM2.5). Factoring in the vast range of concentrations in PM2.5 recorded across the globe, that means 14% of all cardiovascular events documented in the study can be attributed to PM2.5 exposure.

The PURE study chose multiple countries from low, middle and high-income brackets to address a gap in existing research, as most air pollution studies have centered on people in high-income countries with relatively low concentrations of air pollution.

The current study looked at PM2.5 particles because they are small enough to be breathed deep into the lungs where they can cause chronic inflammation, Hystad said. These particles come from a range of combustion sources, including car engines, fireplaces and coal-fired power plants.

The strongest association between air pollution exposure and health outcomes was for strokes. Hystad says a growing body of research finds that the risk of stroke is strongly impacted by exposure to PM2.5, especially at high concentrations.

Over the study’s time frame, some countries’ pollution levels improved, while some got worse, Hystad said. He pointed to the U.S.’s Clean Air Act of 1963 and how different air pollution levels are today compared to where they were in the 1970s.

“What I hope — and this is actually what is happening — is that developing countries can take these lessons and apply them and reduce the time it takes to achieve some of these air pollution reduction successes,” he said. “Maybe instead of 30 years, you can do it in 10 years.”

The PURE study is led by Salim Yusuf at the Population Health Research Institute (PHRI) of McMaster University and Hamilton Health Sciences in Hamilton, Canada. The PURE-AIR study is led by Hystad and Brauer. 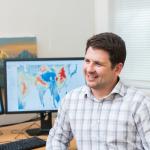