The findings suggest the possibility of probiotic treatments for atherosclerosis, the dangerous buildup of fats, cholesterol and other substances in arteries that cause strokes and heart attacks and is linked to smoking, diet, age and a range of genetic causes.

Diets heavy in animal-based foods have long been considered a risk factor for cardiovascular disease as such diets are a major source of TMA – trimethylamine – which is converted by the liver to another compound, TMAO, that promotes the buildup of fatty plaque in arteries. TMAO is short for trimethylamine-N-oxide.

“The connection between TMAO and cardiovascular disease has tended to focus the conversation on how animal-based diets cause negative health consequences,” said Veronika Kivenson, the study’s lead author and a postdoctoral fellow in the OSU College of Science. “But in analyzing data from foundational gut microbiome studies, we uncovered evidence that one type of bacteria associated with meat consumption can take the TMA, as well as precursors to TMA, and metabolize them without producing any TMAO. That means those bacteria are in effect severing a key link in the cardiovascular disease chain.”

The bacteria are of the Bilophila genus and evidence suggests an expanded genetic code enables their metabolism, via a demethylation pathway, to avoid making TMAO. Furthermore, Kivenson said, research shows animal-based diets cause a rapid increase in Bilophila in the gut.

“The organisms in your stomach have been shown to affect the development of myriad disease states,” said co-author Steve Giovannoni, distinguished professor of microbiology at OSU. “But the mechanisms – what is actually happening behind the connections among diet, health and microbiota – have generally been hard to pin down. More research into Bilophila cell biology and ecology is needed, but our study presents a clearly defined mechanism with potential for a big impact on human health.”

Identified only 31 years ago, in an infected appendix, Bilophila is a gram-negative anaerobic rod that’s classified as a pathobiont – an organism that normally has a symbiotic relationship with its host but can become disease-causing under certain circumstances. It’s commonly present in the microbiomes of people who are healthy.

“The data we reviewed show significantly more Bilophila in the microbiomes of healthy people compared to those with cardiovascular disease, and that Bilophila numbers go up in response to a diet based on meat compared to a plant-based diet,” Kivenson said. “Our findings suggest Bilophila’s role in the microbiome and human health might depend on the specific context and that their potential as a probiotic that mitigates animal products’ role in heart disease should be studied further.”

Findings were published today in mSystems. The National Science Foundation and the Simons Foundation supported this research. 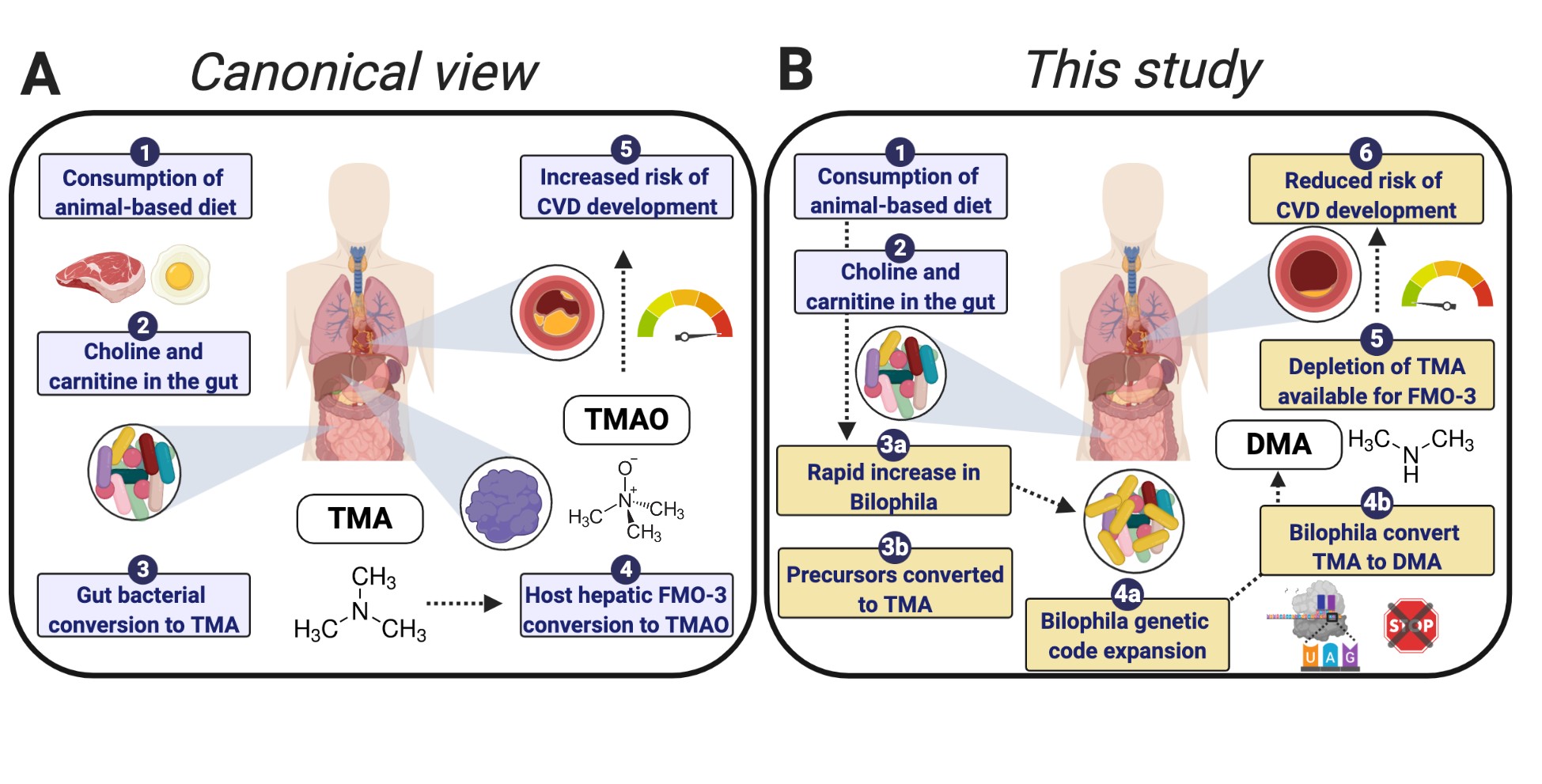