CORVALLIS, Ore. – As flowing lava from the Kilauea volcano continues to destroy homes on the Big Island of Hawaii – and officials fear a more violent eruption could occur – some Pacific Northwest residents have expressed concern that the events in Hawaii could trigger an eruption in the Cascade Range.

The Pacific Northwest has at least 13 major volcanoes, seven of which have erupted since 1800, according to Oregon State University geologist Adam Kent, but the geologic system here is in no way related to the hotspot chain of Hawaiian volcanoes, he emphasized.

“There is absolutely no linkage between the Hawaiian chain and the Cascade Range, and the geological environment is completely different,” said Kent, who has spent much of his career analyzing Northwest volcanoes. “Eruptions in the Cascades have nothing to do with any potential eruption of Kilauea volcano. However, having said that – any time you live in a region of volcanoes, you should be vigilant. At some point, the Cascade volcanoes will erupt again, and it may even occur in our lifetimes.”

Hawaiian volcanoes were formed by a hotspot. Hawaii is in the middle of a tectonic plate, and as the plate moved over the hotspot – what Kent describes as essentially akin to a “big blowtorch,” heat melts rock and creates a chain of volcanoes.

The Cascade Range of Oregon and Washington, on the other hand, formed in a subduction zone, where the oceanic plate is plunging beneath the North American continental plate. Over millions of years , water entered the subduction zone, causing the Earth’s mantle under the Cascades to melt, and forming a chain of volcanoes running parallel to the subduction zone.

The most striking example is Mount St. Helens, which erupted in 1980 and awakened the Northwest to the threat of volcanoes. But other iconic Northwest mountains also are classified as volcanoes and have the potential to erupt.

The U.S. Geological Survey considers Mt. Hood, the Three Sisters, Newberry Crater and Crater Lake in Oregon as carrying a higher risk of future activity than their fellow peaks. In Washington, St. Helens, Mount Baker and Mt. Rainier have the greatest potential to erupt.

“Only a handful eruptions have occurred in the Cascade Range since European settlement,” Kent said. “St. Helens, of course, erupted in 1980, and to a lesser extent, in the 2000s. And Lassen Peak erupted in 1915. Mt. Hood erupted in the 1780s, and Lewis and Clark could still see the effect on rivers when they arrived a couple of decades later.”

Kent said that over the past 4,000 years, the Cascades average about two eruptions per century.

In 2014, Kent published a study that suggested Mt. Hood can switch from being dormant to active surprisingly quickly – in a matter of months – if the temperature of the rock elevates past a certain point and two types of magma mix.

"If the temperature of the rock is too cold, the magma is like peanut butter in a refrigerator," Kent said. "It just isn't very mobile. For Mt. Hood, the threshold seems to be about 750 degrees Celsius; if it warms up just 50 to 75 degrees above that, it greatly decreases the viscosity of the magma and makes it easier to mobilize."

There are other volcanoes in the American West – some well-known and others that may surprise even local residents. Yellowstone, of course, has a documented history as a “super-volcano,” where rare massive eruptions can be catastrophic to the point of affecting global climate for decades, even centuries at a time.

Many people are unaware, however, that there are smaller volcanoes across the Colorado plateau, and in the mountains of Arizona and Utah. In geological terms all are fairly young, Kent said, and have erupted in the past.

Hawaii’s Kilauea volcano has been erupting since the early 1980s, according to Kent, but this new phase has the potential to turn into a major eruption as new fissures develop weekly. Although scientific knowledge of volcanoes has increased greatly, it is still difficult to predict what will happen and when, he pointed out.

“We can definitely tell when the risk of an eruption increases in many volcanoes, but we can’t yet put our finger on a date and time for a specific eruption,” Kent said. “However, we can also tell what the effects of an eruption might be by looking at the geological evidence from eruptions that have occurred in the past.” One good example of this are lahars, which are rivers of mud when water mixes with volcanic rocks and ash. The mixture of ash and water creates a cement-like substance that can scour the river bed and threaten whatever is downstream. “Lahar deposits are found in many Pacific Northwest rivers that drain large volcanoes”

Kent said lahars that flow down Mt. Hood during an eruption, for example, would take about three to three and a half hours to reach the mouth of the Sandy River.

“Part of being vigilant about Cascade volcanoes is being aware of what could happen and being prepared for when it does,” Kent said. “At some point in the future, all of the Cascade volcanoes will likely erupt. But we knew that before Mt. Kilauea began spewing lava.”

Kent is on the faculty of OSU’s College of Earth, Ocean, and Atmospheric Sciences. 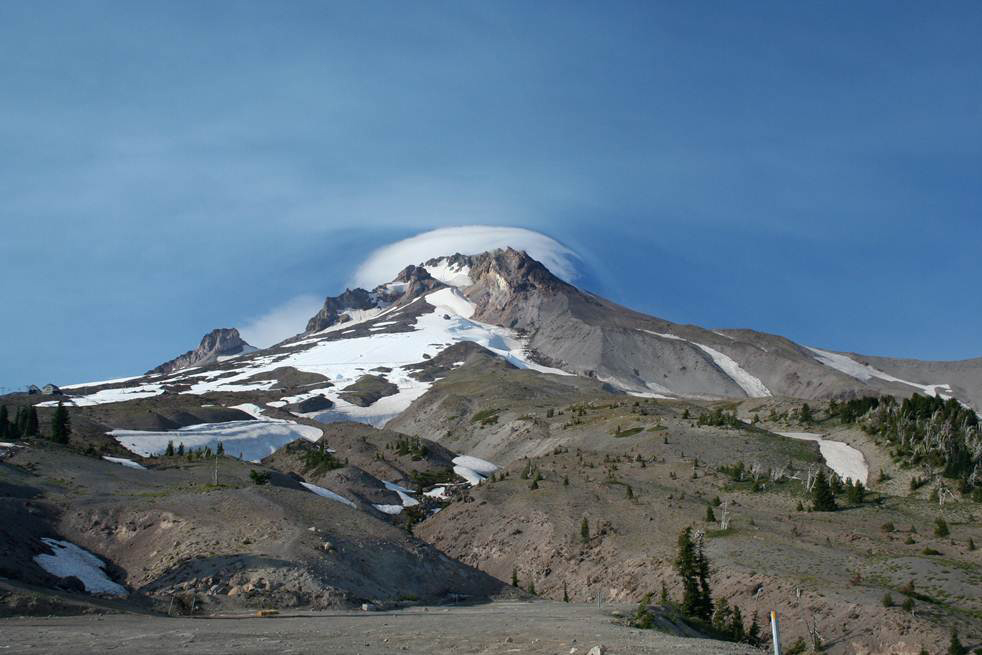 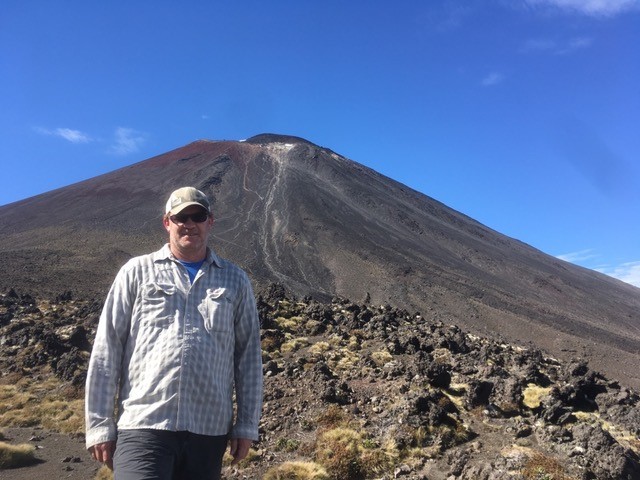