CORVALLIS, Ore. – When wildfire smoke filled the skies of Oregon’s southern Willamette Valley in 2018, many residents kept their doors closed and windows shut, thinking they were safe from polluted air.

But results of a preliminary Oregon State University study show that the air inside their homes contained higher concentration of polycyclic aromatic hydrocarbons, known as PAHs – a family of chemicals that are known to have the potential to cause cancer – than the PAH concentrations outside.

Though preliminary, these results indicate that the household indoor environment may be worse for PAH exposure than outdoors, said study corresponding author Kim Anderson, an environmental chemist and Extension specialist in OSU’s College of Agricultural Sciences.

“People think air inside their house is perfectly clean, and that if we close all the windows when it is smoky outside there will be zero contaminants inside. That’s just not true,” Anderson said.

The findings were published in the journal Environmental Science and Technology Letters. The National Institutes of Health funded the research.

PAHs are a large group of chemical compounds that contain carbon and other elements.

They form naturally after almost any type of combustion, both natural and human-created. PAHs are generated in a residential setting in a number of ways, particularly through cooking. Lighting a cigarette creates PAHs, as does burning candles or incense.

Those PAHs usually seep through open windows and doors. But when all of those are shut, as can be the case when the air is filled with wildfire smoke, PAHs recirculate through the house and don’t leave.

“When there isn’t much of an exchange of indoor and outdoor air, PAHs released off the meal you cooked three weeks ago are still in your house,” Anderson said.

For the study, the researchers placed air samplers in August 2018 at six sites in Eugene, Oregon. At each site, samplers were placed in a room inside and outside the building. Sampling took place around the clock for seven days. The study location and time were chosen because air quality during the summer months is commonly impacted by wildfires in the western United States.

The samplers consisted of low-density polyethylene strips in open-air metal cages. Indoors, they were located away from obvious PAH sources such as kitchens. 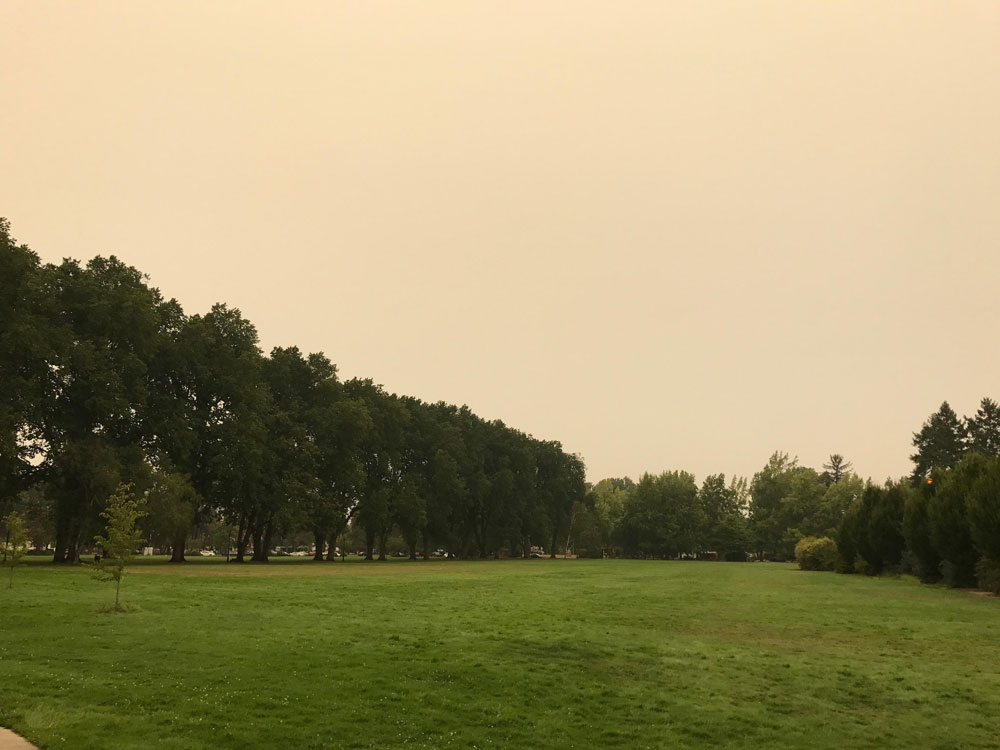