CORVALLIS, Ore. – Wildfires show no respect for property lines, but a new analysis of the 2013 Douglas Complex fire in southwestern Oregon concludes that young plantation forests managed by industrial owners experienced higher severity fire than did nearby public forests.

Researchers in the College of Forestry at Oregon State University used satellite imagery and local data to analyze the factors driving differences of severity in the fire, which burned about 50,000 acres north of Grants Pass. Located in the Klamath Mountains ecoregion, the area is dominated by Douglas fir, ponderosa pine and white fir and is a mix of private and federal ownership and state-owned O&C (Oregon & California Railroad) lands.

While daily weather was the most significant driver of fire severity, the researchers found that other factors such as ownership, forest age and topography were also critical. Intensively managed private forestlands tended to burn with greater severity than older state and federal forests. The findings are important because they point to the need for collaboration among landowners, both public and private, to reduce the wildfire risk across the region.

The findings were published in Ecological Applications, a professional journal.

“We leveraged a fire severity metric that integrates fire intensity and tree susceptibility. We demonstrated how industrial forest management increases these aspects of fire risk,” said Harold Zald, lead author and a former post-doctoral scientist at Oregon State. Zald, who is now an assistant professor at Humboldt State University in Arcata, California, worked with Christopher Dunn, who is currently a post-doc at OSU.

“Given the configuration of the checkerboard landscape in southwest Oregon, the probability of fire occurrence is likely very similar across ownerships,” added Zald.

The report contrasts with other studies that focus on increasing wildfire risk stemming from fuels that accumulate as a result of historical fire suppression. The common perception that recent increases in wildfire risk — particularly in states with large portions of federal lands — results from mismanagement on those lands is not necessarily correct, the researchers added. “Our study clearly demonstrates that the legacy of historical and current forest management practices for timber production contribute more to increased wildfire risk,” said Dunn.

While fire risks may be higher on public lands than they were in the past, privately managed plantation forests in the Douglas Complex fire still tended to show greater fire severity than did forests on public lands.

Private industrial forests tend to be dominated by younger trees that have thinner bark and lower crown height, the researchers wrote. Both those characteristics are known to lead to increased fire-induced tree mortality. However, even after accounting for the age of forested stands, industrial forest management resulted in higher fire severity for reasons that are not entirely clear. One explanation may be that industrial forests have much more homogenous forests, both horizontally and vertically, at spatial scales that influence fire behavior, Zald and Dunn wrote.

The researchers called for more research on how fire is transmitted between lands under different ownerships and management regimes. Alternative management strategies are also needed, they wrote, to reduce fire risks within stands and across the landscape.

The research was funded by a grant from the U.S. Bureau of Land Management. 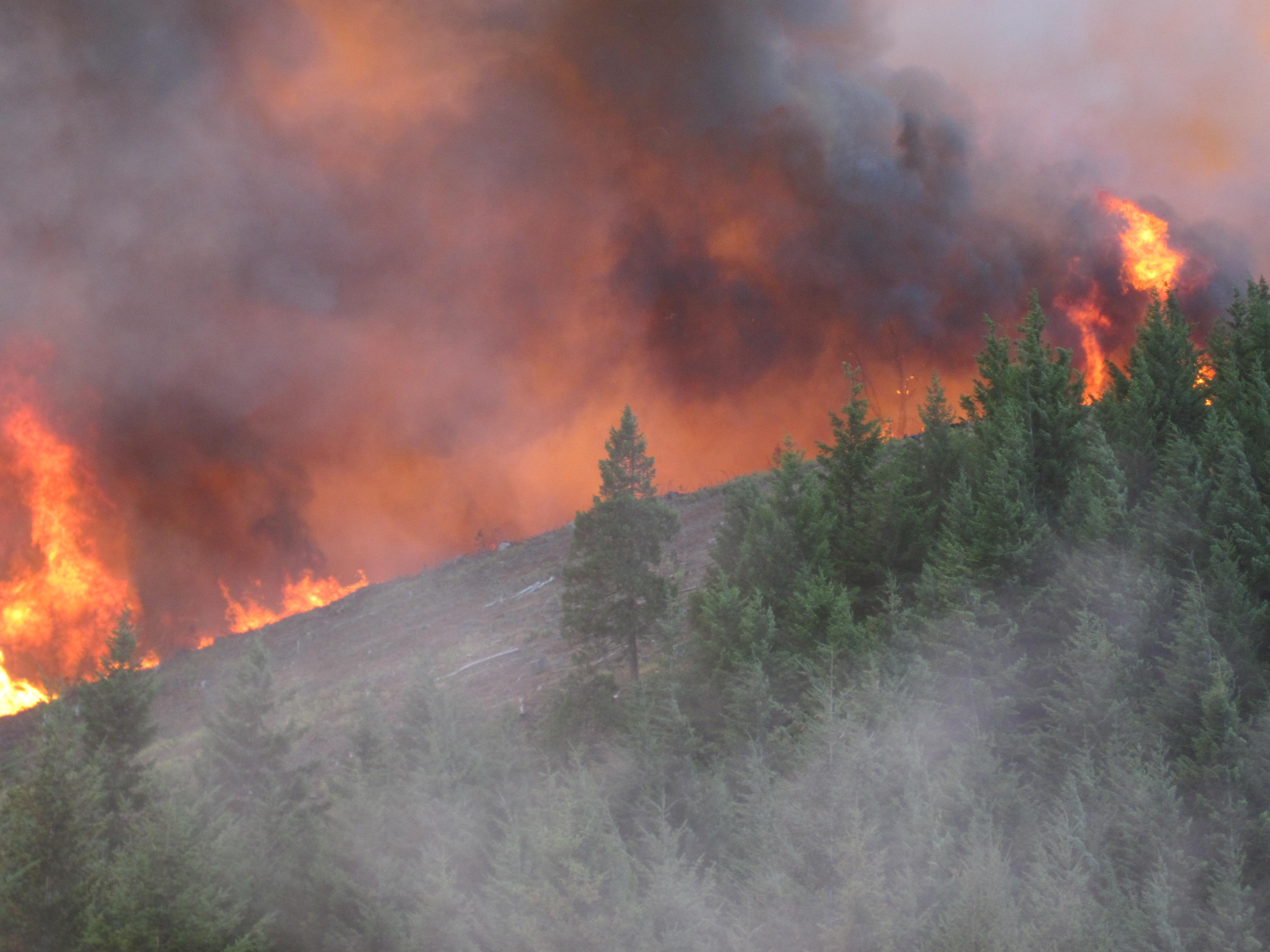