Alexander, past president and chancellor of Louisiana State University, was selected by the OSU Board of Trustees in December to succeed Edward J. Ray. Ray, who stepped down June 30, is now president emeritus at Oregon State.

Alexander assumes the helm at a time of extraordinary momentum within Oregon State and yet uncertainty nationally for colleges and universities.

OSU enrolled 32,774 students in fall of 2019, making it the state’s largest university for the sixth straight year. That total includes students enrolled in campuses in Corvallis and Bend at OSU-Cascades, and in the university’s nationally ranked online Ecampus undergraduate and graduate degree program.

Meanwhile, OSU recorded $439.7 million in grant-funded research last year, again exceeding all of the research conducted at Oregon’s other public comprehensive universities combined. While enrollment and research has grown at OSU, the percentage of historically underrepresented students enrolled at OSU also has grown from 13.5% in 2003 to 26.3% in 2019.

Oregon State – like other universities and colleges nationally – is grappling with educational, financial, public health and research challenges brought on by the COVID-19 pandemic and addressing renewed calls for equity, inclusion and social justice following the May 25 killing of George Floyd in Minneapolis, Minnesota.

The best approach to all of the challenges facing higher education is to put students first in decision-making, Alexander said.

“If we are working to help the next generation to become better than we are, then we are achieving our mission in public education, and that means putting our students first,” he said.

Alexander said he will continue advancing OSU’s commitment to inclusive excellence among students, faculty and staff; focus on providing access to an affordable education for all learners; and strive to reduce the cost of a college education.

“This country is changing and when our universities do not embrace this change, then they are setting their students up for failure in the future, because that’s not the way the state, region or the nation is going to progress,” Alexander said. “The diversity of what we do, the inclusivity of what we do, is at the heart and soul of our public university mission.”

Alexander’s priorities at Oregon State include:

As an internationally recognized land grant research university, OSU is uniquely poised to support the state of Oregon in its response to and recovery from the pandemic, Alexander said. For example, university researchers are undertaking groundbreaking studies to determine the prevalence of COVID-19 in Oregon communities.

In addition to campuses in Corvallis and Bend, OSU operates major teaching and research centers in Newport and Portland; 14 agricultural experiment stations and forest research laboratories across the state, and Extension offices in every county.

Alexander was appointed president and chancellor of LSU, a land grant institution like Oregon State, in July 2013. Prior to arriving at LSU, he served as president of California State University, Long Beach from January 2006 to June 2013 and president of Murray State University in Kentucky from September 2001 to December 2005.

Alexander is noted nationally for his strong advocacy of public higher education. He has provided Congressional testimony on multiple occasions regarding ways to overcome barriers to equal opportunity for college students, college affordability and the use of federal incentives to help reverse the decline in state support for public higher education.

Alexander is the author of “The American Higher Education Dilemma: State Disinvestment, Student Indebtedness, and the Decline of Human Capital Development” which is scheduled for publication in spring 2021. He has also co-authored the 2015 book “Financing Public Schools: Theory, Policy and Practice” and coedited “Maximizing Revenue in Higher Education” in 2003 with Ronald Ehrenberg.

Under Alexander’s leadership, LSU’s 2018-19 graduating class set records for the number of in-state and out-of-state graduates, as well as females, Black students, Hispanic students, first-generation students and Pell Grant recipients, along with graduates who previously served in the U.S. military. Levels of student loan indebtedness for these LSU graduates are among the nation’s lowest, with more than half graduating with no student loan debt.

At California State University, Long Beach, Alexander led the third largest public university in California. The university grew to 36,000 students during his tenure, and from 2009-12 achieved its highest graduation rates and largest graduation classes.

At Murray State University, Alexander led a university that grew student enrollment to record numbers and was noted nationally for significant increases in graduation rates.

Alexander and his wife, Shenette, have three adult daughters, Kylie, Savannah and Madison. The Alexanders are residing in Corvallis. 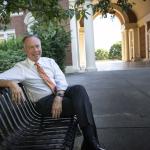 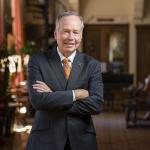 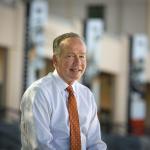