CORVALLIS, Ore. — The parallels between COVID-19 and the 1918-19 influenza pandemic can seem eerie at times: the disproportionate impact on marginalized people, the arguments over mask use, the lack of scientific consensus, the calls for hand-washing and social distancing.

Yet scholars who study that era are learning that much of the day-to-day lived experience of a pandemic cannot be captured in historical records, and caution that we cannot oversimplify the past to use it as a blueprint for our present.

A group of historians and other Progressive Era academics recently collaborated on a round-table conversation of what they have learned from the world’s response to COVID-19, as well as themes that teachers and professors can use to encourage future discussion of COVID-19 in the classroom.

“The idea is to put out robust, well-reviewed, vetted set of historical insights that can help people make sense of the current moment,” said Chris Nichols, director of Oregon State University’s Center for the Humanities and an associate professor of history in the College of Liberal Arts. “We tried to make it rich and deep as well as accessible for multiple kinds of audiences.”

The conversation was recently published in the Journal of the Gilded Age and Progressive Era.

One of the main messages Nichols and his colleagues want people to understand about the 1918-19 pandemic is the depth of loss and suffering felt by people around the world.

“In and of itself, the suffering was horrific,” Nichols said. “By being attuned to the suffering and death, and to the specific types of responses, you can learn some lessons, but don’t use it without that attention first.”

The number of deaths during the influenza pandemic — 675,000 in the U.S., an estimated 50 million worldwide — obscure as much as they illuminate, he said. “Learn about the families, the personal stories, get a sense of the social history, rather than just wielding the numbers in abstract.”

Only then, he said, will people fully grasp what the world is trying to avoid today.

In 1918, as today, people’s experience with the pandemic depended greatly on their race, gender and socioeconomic status.

“Keeping in mind these unequal experiences is really important because they can easily get lost or flattened out through narratives of national unity, or scientific progress, or even analytic choices that prioritize the high virulence of the virus during the second wave of the 1918 pandemic,” wrote co-author Joseph Gabriel, an associate professor at Florida State University who studies the history of medicine.

Inadequate data from the time period means historians don’t know exactly how much worse the flu affected communities of color and poor communities; but they know the pandemic and the U.S.’s response exacerbated existing inequalities, like the fact that African Americans at the time had an average life expectancy of 38.9 years, compared with 55.1 years for white Americans.

“What I have found so heartbreaking, and so crucial to highlight, is how fully in 2020 we have re-created the inequitable distribution of that suffering,” she wrote. “In 2020, though legal segregation is gone, we are seeing the disparate landing of this pandemic following the same patterns of the earlier pandemic, with people of color, especially African Americans, Latinx Americans, Native Americans, Alaskan Natives, and Pacific Islanders in our communities suffering hospitalization and death at rates far above those of white Americans.”

As professors, the authors also discussed their own experiences teaching the 1918-19 pandemic, and the reasons it is often subsumed into other big issues of the decade, including World War I and the Woodrow Wilson administration. With the recent interest in historical perspectives on the COVID-19 pandemic, they’ve already seen more students and scholars wanting to focus on the 1918 flu.

The authors also discussed themes including bias toward European and U.S.-centric narratives of the pandemic, when Mexico, for example, suffered a death rate five times that of Europe; the lack of strong federal leadership in both 1918 and 2020 giving rise to misinformation and confusion; witnessing the real-time evolution of medical understanding of influenza and COVID-19; the shortcomings of national health care infrastructure; and the challenge of learning from 1918 without using it to predict the future.

Nichols hopes that readers can use this discussion as a jumping off point to stoke curiosity for more in-depth research.

“This is just the tip of the iceberg,” he said. “Then you can go read some of the many great books on the subject or consult the archives.” 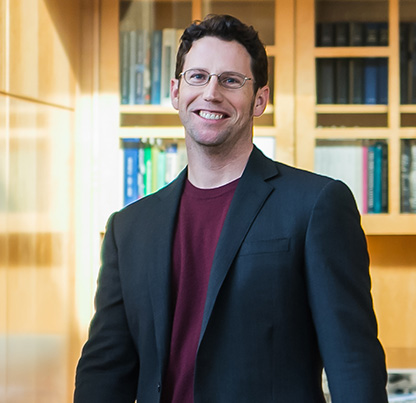