How long does a whale feed? New data gives insight into blue and fin whale behavior

CORVALLIS, Ore. – Researchers using electronic tags were able to monitor blue and fin whales off the coast of Southern California over multiple weeks, providing new insight into the feeding behaviors of the two largest whale species. The researchers also found evidence of differences in the feeding intensity and habitat use of males and females of both species.

“The information collected with these tags gives us a good description of the scale of whales’ feeding behavior over periods of hours, days and weeks, which is something we’ve not been able to do before,” said Ladd Irvine, a senior faculty research assistant in Oregon State University’s Marine Mammal Institute and the study’s lead author.

The whales fed mostly during the day, usually in short bursts lasting one to two hours, but would also feed continuously throughout the daytime, and in rare circumstances for an entire day.

“We were able to quantify feeding bouts, which are periods of uninterrupted feeding, and found that the duration of feeding bouts correlated with another measure of feeding success - the number of prey capture events, known as feeding lunges,” Irvine said. “That means the whales stayed longer in areas where they fed more. This allowed us to make inferences about the profitability of feeding patches, as whales should stay in an area and feed longer where prey is abundant and move on when prey becomes scarce.”

The findings, which were published today in the journal Frontiers in Ecology and Evolution, could have implications for managing populations of blue and fin whales, both of which are listed as endangered in the United States.

In 2014 and 2015, researchers tagged eight blue and five fin whales off the coast of Point Mugu and San Miguel Island in Southern California. Both species frequent the area, feasting on krill.

Prior whale monitoring efforts had relied solely on location tracking, which tells researchers where the whales travel, but not what happens along the way. The tags used in this study, developed at Oregon State in collaboration with Wildlife Computers Inc., included GPS for movement monitoring as well as the ability to record information about the whales’ behavior every second while they were on the move. Accelerometers and other sensors on the tags measured lunge-feeding behavior as well as frequency and depth of dives.

“The hardest thing about studying whales is that you can’t really follow them when they dive below the surface” said Irvine, who is also a doctoral student in the OSU College of Agricultural Sciences’ Department of Fisheries and Wildlife. “The data collected from these tags give us unprecedented detail about what whales are doing over a longer time period than was previously possible.”

Tags remained on the blue whales an average of 22 days and on the fin whales about 14 days. It’s unclear why the tags came off the fin whales more quickly, but it could have to do with their movement and faster speed in the water, Irvine said.

The researchers found that both species of whales had similar feeding bout characteristics. During an average feeding bout, blue whales made 24 dives over a period of about 3.3 hours, while fin whales made 19 dives over 2.7 hours. The similarities are not surprising, the researchers said, as the two species are similar in size and feed in the same way. Slight differences observed may be due to preferences in terms of patch characteristics or prey type.

The researchers also observed consistent differences in dive depths during feeding bouts between individual whales, in some cases even when the whales were feeding in the same place, Irvine said. That suggests some individual whales may have different foraging strategies.

“This study represents a significant leap forward in our knowledge of whale foraging ecology,” said Daniel Palacios, who holds the Endowed Faculty in Whale Habitats position at the Marine Mammal Institute and is a co-author of the paper.

“By collecting data from individual whales over multiple days and weeks, we were able to obtain large amounts of new information about how feeding intensity evolves and changes in time and space, at scales that are relevant to ecology as well as management,” he said. “We were able to answer questions like how long does a whale feed? What is the size of a feeding patch? How far does a whale need to move before it finds the next patch? Do females and males feed at the same intensity? It may seem surprising, but studying whales is enormously challenging and we lacked much of this information.”

But feeding might not be the only thing on the whales’ minds, as the researchers also found differences in movements between tagged males and females of both species.

“The males made big loops offshore of Southern California, while the females stuck closer to shore. Those routes may be related somehow to breeding behavior, and could have implications in terms of exposure to human activities if whales of one sex are more likely to be encountered in specific parts of busy Southern California waters,” Irvine said.

“While the results are exciting, our conclusions about the behaviors of whales from this initial set of data from 13 animals should be viewed as preliminary,” he said. “These data are an incredibly rich description of the tagged whales’ behavior, but they ultimately represent a relatively small number of individuals, occupying a portion of their overall range.”

Ideally, similar data would be collected again from different locations or different whales to determine if the observed feeding and other behavior patterns are representative of the broader populations, he said.

“Nevertheless, this information is a huge addition to our understanding of blue and fin whale feeding ecology,” Irvine said. “Does what we saw with these individuals hold up as we continue to study them in other places and seasons? That’s a question still to be determined. We’re still just scratching the surface of our understanding of whale behavior.”

Other co-authors of the paper are Barbara Lagerquist and Bruce Mate of OSU’s Marine Mammal Institute. Funding for the study was provided by the U.S. Navy’s Pacific Fleet Command as part of the Marine Species Monitoring Program, under subcontract with HDR Inc. 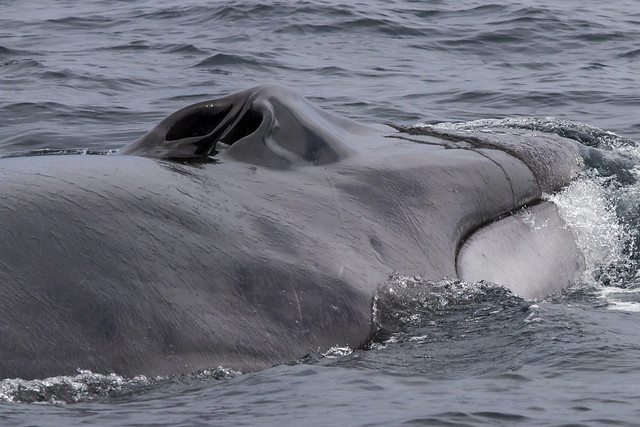 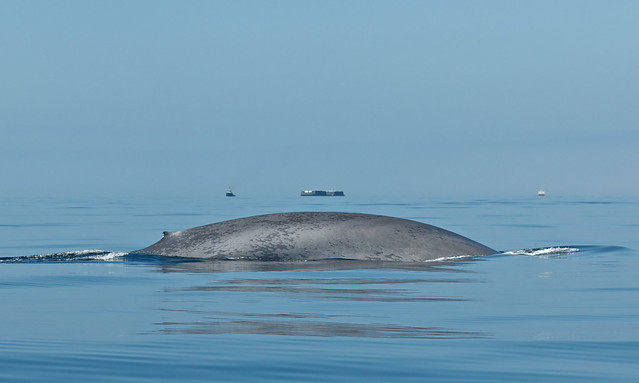