CORVALLIS, Ore. – The ill-fated “Into the Wild” adventurer chronicled by author Jon Krakauer and film director Sean Penn may have been able to cross the river that turned him back had he tried a day earlier or later, research by Oregon State University suggests.

Three decades after Christopher McCandless died in the Alaska wilderness, hydrologist David Hill and water resources graduate student Christina Aragon of the OSU College of Engineering conclude that McCandless was thwarted by high flows in the Teklanika River because of an intense, short-lived runoff event.

“Mr. McCandless had unfortunate timing,” said Hill, a professor of civil engineering. “The specific day of his attempted crossing – July 5, 1992 – coincided with a large amount of rainfall-driven runoff. Had his attempt occurred a bit on either side of that day, the conditions might have been more favorable and the outcome may have been different for him.”

Findings were published in Frontiers in Earth Science.

How much water flows in a stream at any given time is determined by a combination of many factors, Hill said, including precipitation, snowmelt and evaporation, as well as infiltration of water into the soil.

“Those and many other complex processes determine the places water goes, how much of it goes where, and when it goes,” he said. “The two most significant drivers of streamflow are the patterns of precipitation and temperature.”

Using all of the relevant data they could obtain involving weather, land cover and elevation, Hill and Aragon applied a collection of computer models that have been widely used in snowy, high-latitude locations including Alaska. The goal was to compare the 1992 hydrology of the Alaska Range to other years and the July 5, 1992, Teklanika River conditions to the days before and after.

“David and Christina’s paper is fascinating to me for deeply personal reasons,” Krakauer said. “Over the three decades that have passed since Chris McCandless perished in Alaska, I’ve been eager to learn as much as possible about his experience from the moment he ‘walked into the wild’ in April 1992 until his death inside Bus 142 some four months later. This paper sheds a little more light about a key event during that period – his attempt to return to civilization halfway through his Alaska adventure.”

McCandless had hiked west along the Stampede Trail near Healy, Alaska, forded the Teklanika on April 28 and lived in Bus 142, an abandoned Fairbanks city transit vehicle, 8.6 miles from the river. Several weeks later when he sought to leave the wilderness, he found the river impassable, returned to the bus and died of starvation on Aug. 18.

“The spring snowmelt in 1992 was delayed, which kept flows in the Teklanika relatively low and made it possible for Mr. McCandless to cross the river and reach Bus 142 at the end of April,” Aragon said. “When the snowmelt finally happened, it happened fast. After that, the river got higher or lower on roughly a weekly basis depending on rain in the region. Streamflow in summer 1992 was more variable than usual because of the quick snowmelt followed by periods of heavy rain.”

For the 1992 water year – the period of Oct. 1, 1991, through Sept. 30, 1992 – the Teklanika watershed received just under 27 inches of precipitation, 20% greater than average. Also in 1992, mean daily temperature was a month slower than usual in rising above freezing, and summer rainfall was more intense than it normally is.

Exactly what that means in terms of streamflow and river hydraulics is hard to know, the researchers note, partly because of the difficulties associated with river monitoring in the nation’s largest, wildest state.

“Alaska is a challenge in terms of long-term gauging datasets,” Aragon said. “Remoteness, harshness and sheer scale mean many river basins are not gauged with the same coverage as those in the lower 48. The U.S. Geological Survey maintained a gauge on the Teklanika River for 10 consecutive years, but that ended in 1974.”

Though the researchers don’t have access to all the information necessary to say what the actual patterns of water elevation and velocity were at the Stampede Trail crossing of the Teklanika River in July 1992, the modeling techniques shed a great deal of light on the main driver of what makes a river fast and impassable: water quantity.

“Connecting relative changes in streamflow to hydraulic estimates of how velocity and stage vary with streamflow is a useful step toward understanding the ups and downs of the Teklanika River,” said Hill.

In the years following McCandless’ death and the “Into the Wild” book and movie, two hikers died in the river trying to visit Bus 142, which had been hauled into the wilderness in the 1950s so workers could live in it while upgrading a route to an antimony mine.

Many others needed to be rescued on pilgrimages to the bus, finally prompting the state of Alaska to enlist the National Guard to airlift it from the Stampede Trail with a Chinook helicopter on June 18, 2020. The 1946 International Harvester model K-5 is now on display at the University of Alaska Museum of the North in Fairbanks.

“Although the paper can’t determine with certainty whether McCandless would have been able to safely exit the wild if he’d tried to cross the Teklanika River again at a later date, it raises poignant questions that are worthy of consideration,” Krakauer said. “Perhaps even more importantly, the paper conveys valuable information about the dynamics of Alaska’s rivers – the fording of which has always struck me as one of the most dangerous aspects of backcountry travel in Alaska, based on close calls I personally had on numerous trips into Brooks Range, the Alaska Range and the Coast Mountains of Southeast Alaska. David and Christina’s paper might help other adventurers avoid calamity going forward.” 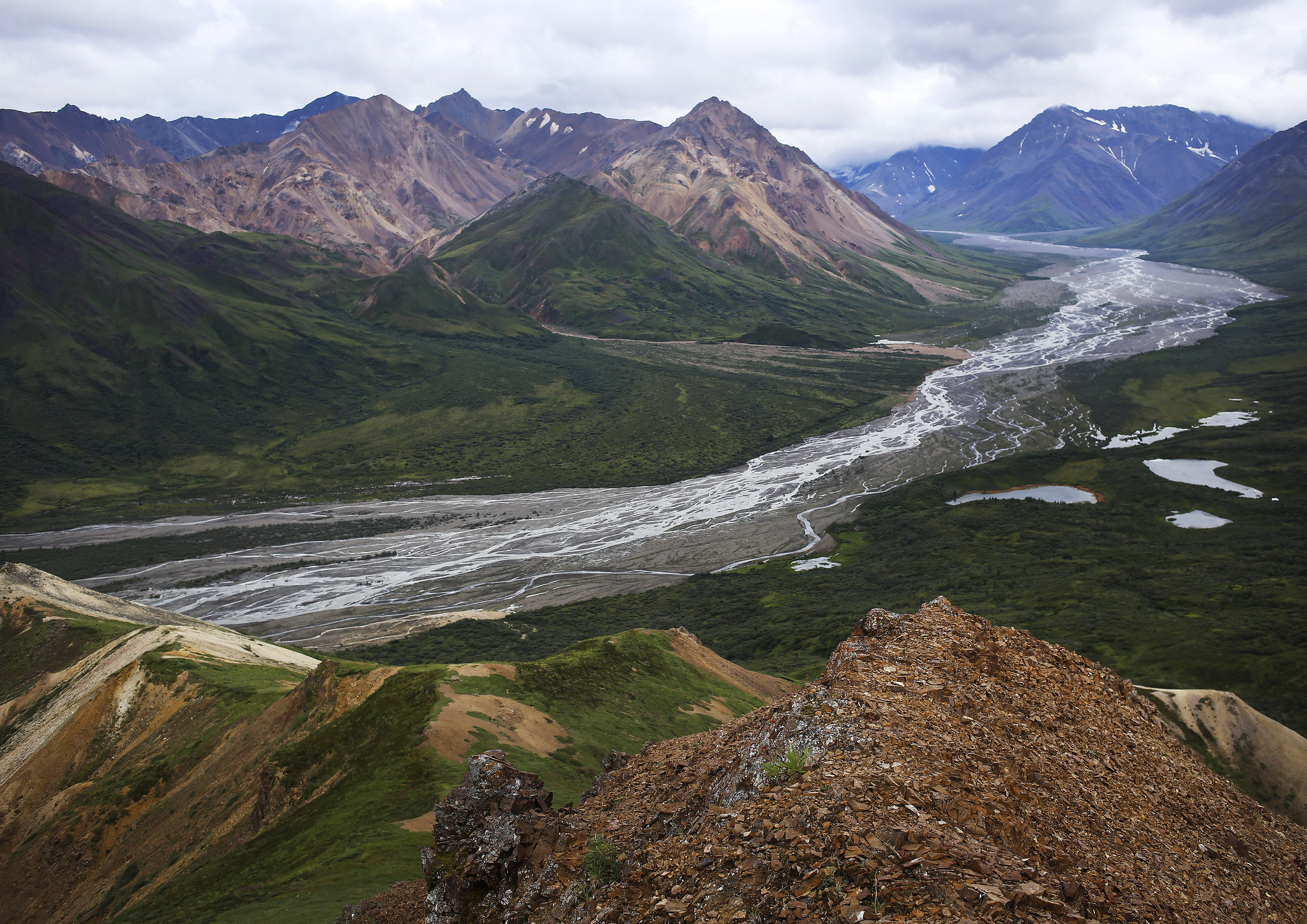 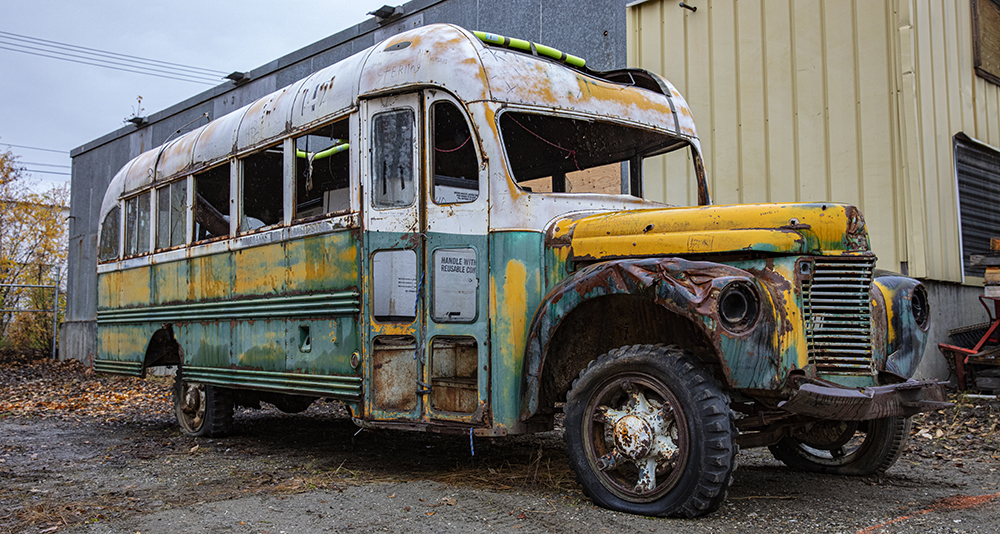