CORVALLIS, Ore. – Findings by a team led by an Oregon State University geotechnical engineer are paving the way toward engineering techniques that could keep Pacific Northwest residents more safe during the eventual Cascadia Subduction Zone earthquake.

Ben Mason of the OSU College of Engineering led a National Science Foundation-supported team that traveled to Indonesia to study the aftermath of the magnitude 7.5 Palu-Donggala quake that occurred in September 2018.

The team’s report has just been published by the Geotechnical Extreme Events Recognizance Association, which organized the team.

The Indonesia earthquake killed more than 4,000 people, a death toll that includes nearly 700 whose remains have not been found, many of them entombed by landslide debris.

“The earthquake caused many landslides, which are important for Oregon and the rest of the Northwest,” said Mason, associate professor of civil and construction engineering and also assistant dean of OSU’s Honors College. “Many people in our field are calling the Palu-Donggala quake one of the most significant earthquake case histories for landslides in recent memory. We expect much of the coastal range to experience landslides during the Cascadia earthquake.”

Roughly 85 miles off the Pacific shoreline, the Cascadia Subduction Zone is a 600-mile fault running from northern California to British Columbia. Over the last 10,000 years, there have been 41 earthquakes along the fault; the time between quakes ranges from 190 to 1,200 years, with the last one an estimated magnitude 9.0 temblor in 1700.

The Geotechnical Extreme Events Recognizance Association, known as GEER, is a 30-year-old volunteer organization of geotechnical engineers, engineering geologists and earth scientists whose mission is to obtain post-disaster information that can advance research and improve engineering practice.

GEER researchers studied five different quake-caused landslides and found unlined irrigation canals – canals without any bed barrier to prevent seepage – were an exacerbating factor. Such canals also exist throughout agricultural lands in areas that will be affected by the Cascadia Subduction quake.

“A substantial majority of the fatalities were directly related to landslides,” Mason said. “Some of the slides occurred along ground with relatively low relief – average grades of around 2 to 4% – and many of them traveled about a kilometer. In at least one location, a breached canal triggered a mudflow that engulfed the initial landslide mass.”

Liquefaction – saturated soil that loses strength and stiffness during an applied stress such as an earthquake – was found at each study site and is believed to have been the landslides’ triggering mechanism.

“An unlined irrigation canal formed the upper boundary of slides that occurred on the eastern side of the Palu basin,” Mason said. “The canal contributed to saturation of the ground, and the canal was breached by landslides at several locations and contributed water to later-stage mudflows. The canal seems to have played a critical role in the initiation and progression of the slides in that area.”

Mason noted that the slopes were in a precarious position before the ground started shaking because many of them were saturated rice paddies.

“Water dramatically decreases a slope’s resistance to landsliding,” Mason said. “The coastal hills of the Northwest have many slow-moving landslides, and in addition, the area receives lots of rain for much of the year. Thus, engineers expect many of the region’s coastal slopes to fail dramatically during the Cascadia earthquake.”

In addition to the problem of unlined canals, the data gathered in Indonesia can help inform engineering techniques related to the Northwest in two other key ways.

“One is predicting where the slow-moving slides are, so transportation officials can monitor and perhaps move roads that serve as lifelines between the valley and coast,” Mason said, noting that two of his OSU colleagues, Michael Olsen and Ben Leshchinsky, are working on that as well. “The other is predicting how the ground will shake during the next earthquake, which is very difficult. But if we know where the potential landslides will occur, and how the ground will shake, then we can do more to specify engineering solutions.” 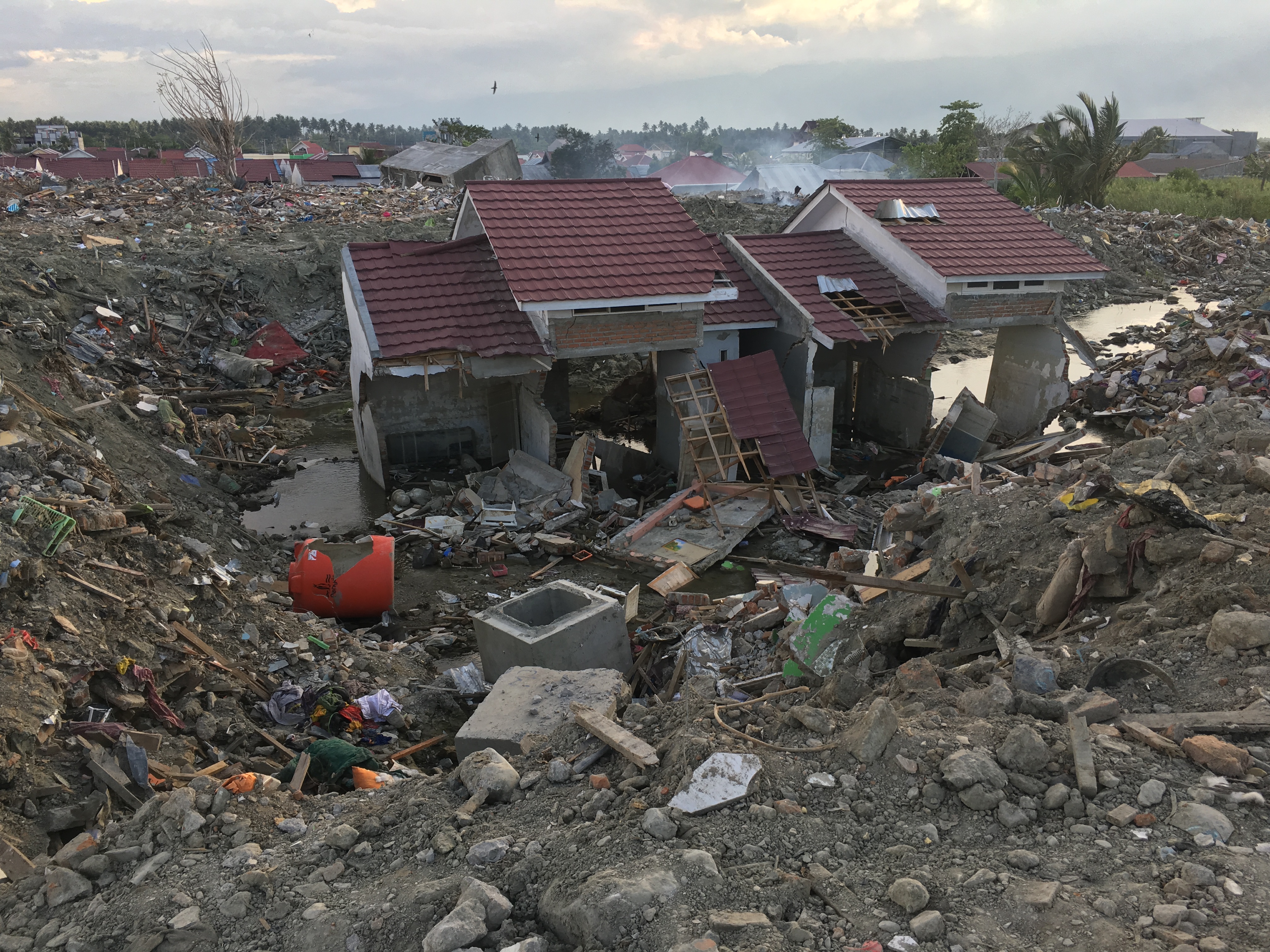 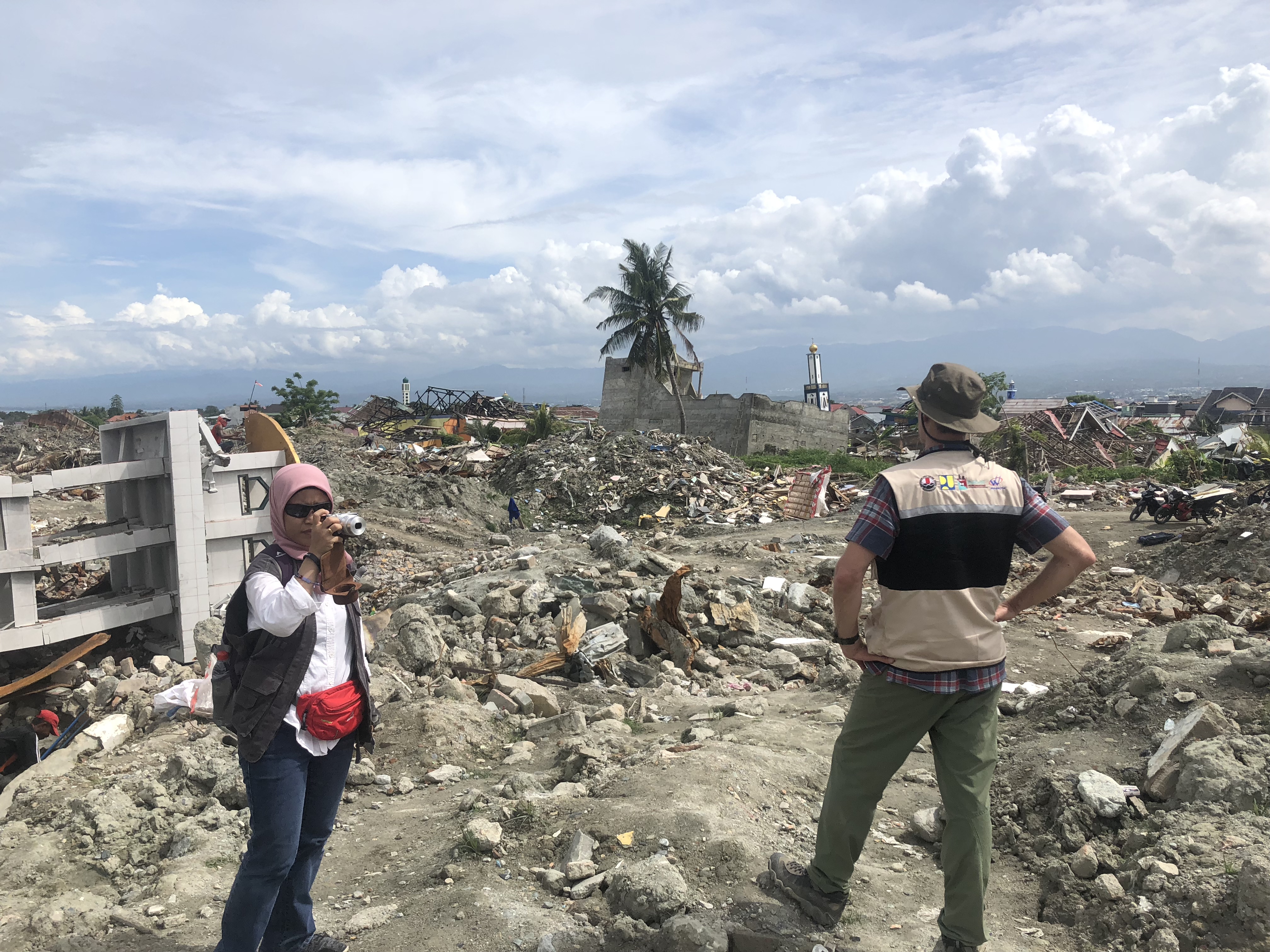