Magnetic pulses alter salmon’s orientation, suggesting they navigate via magnetite in their tissue

CORVALLIS, Ore. – Researchers in Oregon State University’s College of Agricultural Sciences have taken a step closer to solving one of nature’s most remarkable mysteries: How do salmon, when it’s time to spawn, find their way back from distant ocean locations to the stream where they hatched?

A new study into the life cycle of salmon, involving magnetic pulses, reinforces one hypothesis: The fish use microscopic crystals of magnetite in their tissue as both a map and compass and navigate via the Earth’s magnetic field.

Findings were published in the Journal of Experimental Biology.

Researchers including David Noakes, professor of fisheries and wildlife at OSU and the director of the Oregon Hatchery Research Center, subjected juvenile chinook salmon to a type of brief but strong magnetic pulse known to reverse the polarity of magnetic particles and affect magnetic orientation behavior in other animals.

Orientation behavior of pulsed salmon and un-pulsed control fish were compared in a magnetic coil system under a pair of conditions: the local magnetic field, and one in which “map-like” information from the magnetic field had been shifted.

In the local field, pulsed and un-pulsed fish oriented almost identically. But after the magnetic map was shifted, the test and control salmon behaved much differently from each other – the control fish were randomly oriented and the pulsed fish displayed a preferred heading.

The difference in behavior suggests that chains of magnetite, which would have been altered by the pulse, may play a role in the navigation system of salmon.

Magnetic pulses are known to alter magnetic orientation behavior in a range of terrestrial and aquatic animals, among them mole rats, bats, birds, sea turtles and lobsters. The study by Noakes and colleagues at Oregon State, the University of North Carolina and LGL Ecological Research Associates, Inc. is the first evidence linking a magnetic pulse to behavioral changes in fish.

Magnetite, an oxide of iron and one of the primary iron ores, is expressed chemically as Fe3O4 and is the most magnetic of the Earth’s naturally occurring minerals. Naturally magnetized magnetite is known as lodestone and was ancient people’s introduction to the concept of magnetism.

Magnetite is the basis for one of two ways salmon are thought to find their way around; the other is the theory of chemical magnetoreception, which suggests biochemical reactions influenced by the ambient magnetic field are a navigational tool.

“In the big picture, these salmon know where they are, where they’re supposed to be, how to get there and how to make corrections if needed,” said Noakes, the study’s corresponding author. “While they’re in fresh water, they’re imprinting upon the chemical nature of the water. When they hit salt water, they switch over to geomagnetic cues and lock in that latitude and longitude, knowing they need to come back to those coordinates. And when they decide to come back, it’s months in advance because they’re halfway to Japan.”

After reaching the mouth of the river that took them to the ocean, the salmon swim upstream to spawn at the exact location where they hatched.

“In the river they seem to rely upon chemical signals,” Noakes said. “There’s ongoing research looking into that.”

The magnetic pulse could have affected the salmon’s map, compass or both, Noakes said.

“Our findings are consistent with the hypothesis that magnetoreceptors are based on magnetite crystals,” he said. “But we’ll need more research to confirm or refute this hypothesis and to definitively characterize the mechanisms that underlie magnetoreception in fish. We’re trying to figure out the life cycle of the salmon from the points of highest information – when they go from fresh water to salt water and when they turn around and come back.”

Michelle Scanlan of the OSU Department of Fisheries and Wildlife collaborated on the study, as did Lewis Naisbett-Jones and Kenneth Lohmann of North Carolina and Nathan Putman of LGL Ecological Research Associates. Putman is a former Oregon State researcher.

The National Science Foundation, the Air Force Office of Scientific Research, the Oregon Hatchery Research Center and the Oregon Department of Fish and Wildlife supported the research. 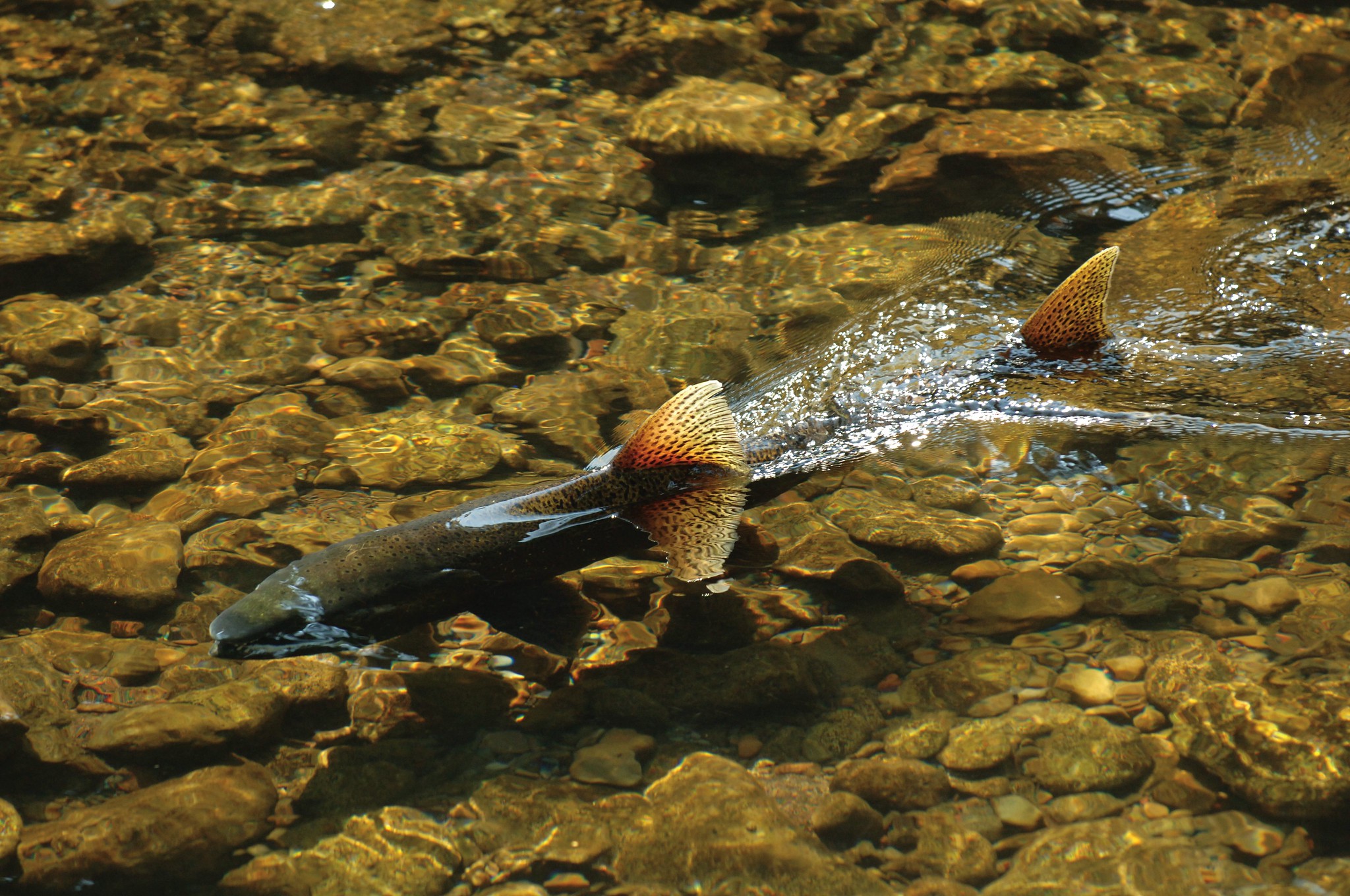