CORVALLIS, Ore. – Manta rays strain their tiny food from mouthfuls of seawater in a novel way that could hold the key to better filtration in a variety of commercial applications, new research by Oregon State University shows.

Published today in Science Advances, the findings explain that manta rays filter zooplankton, mesoplankton and microcrustaceans with an apparatus different from anything previously seen in any biological or industrial system.

“The most common type of filter is a sieve filter, where a particle-containing fluid is passed through a membrane with pores smaller than the particles,” said study co-author Jim Strother, assistant professor of integrative biology in the OSU College of Science.

Sieve filters include everything from a kitchen colander that strains pasta to membrane filters that produce ultrapure water. Other filter mechanisms are hydrosol filtration, such as the fiber filters in HVAC systems, and cyclonic filtration, used in bagless vacuum cleaners.

“There are lots of different types of filters used for many purposes worldwide, but they’re all based on just a few fundamental mechanisms,” said Strother, who collaborated with corresponding author Misty Paig-Tran and Raj Divi of Cal State Fullerton.

Manta rays, close relatives of sharks that can measure more than 20 feet across, eat by bringing plankton-rich water into their mouths as they swim. They filter and ingest the plankton and then flush the remaining water out their gill slits.

Many filtration systems are prone to clogging as they collect whatever they’re filtering out, but manta rays use arrays of leaf-like lobes to bounce food particles away from the filter.

Water passing over the lobes creates a complex pattern of swirling eddies, and food particles in the flow hit the lobes and move away. The setup allows the fish to retain food organisms much smaller than the pores.

“Manta rays appear to utilize a novel mechanism for filtering particles out of fluids,” Strother said. “Their filtering apparatus has a special structure that causes plankton particles to ricochet off the filter and become concentrated in the mouth cavity, so the fish can then ingest them.”

Since the particles are repelled by the filter but not captured, the filter has several highly desirable properties, including that it can be operated at high flow rates and is extremely resistant to clogging.

“This paper establishes the basic mechanism, and we are currently looking at whether we can adapt this mechanism for engineered systems,” Strother said. “For example, one future direction is exploring whether this can be applied to wastewater treatment in order to address the emerging threat from microplastics pollution.” 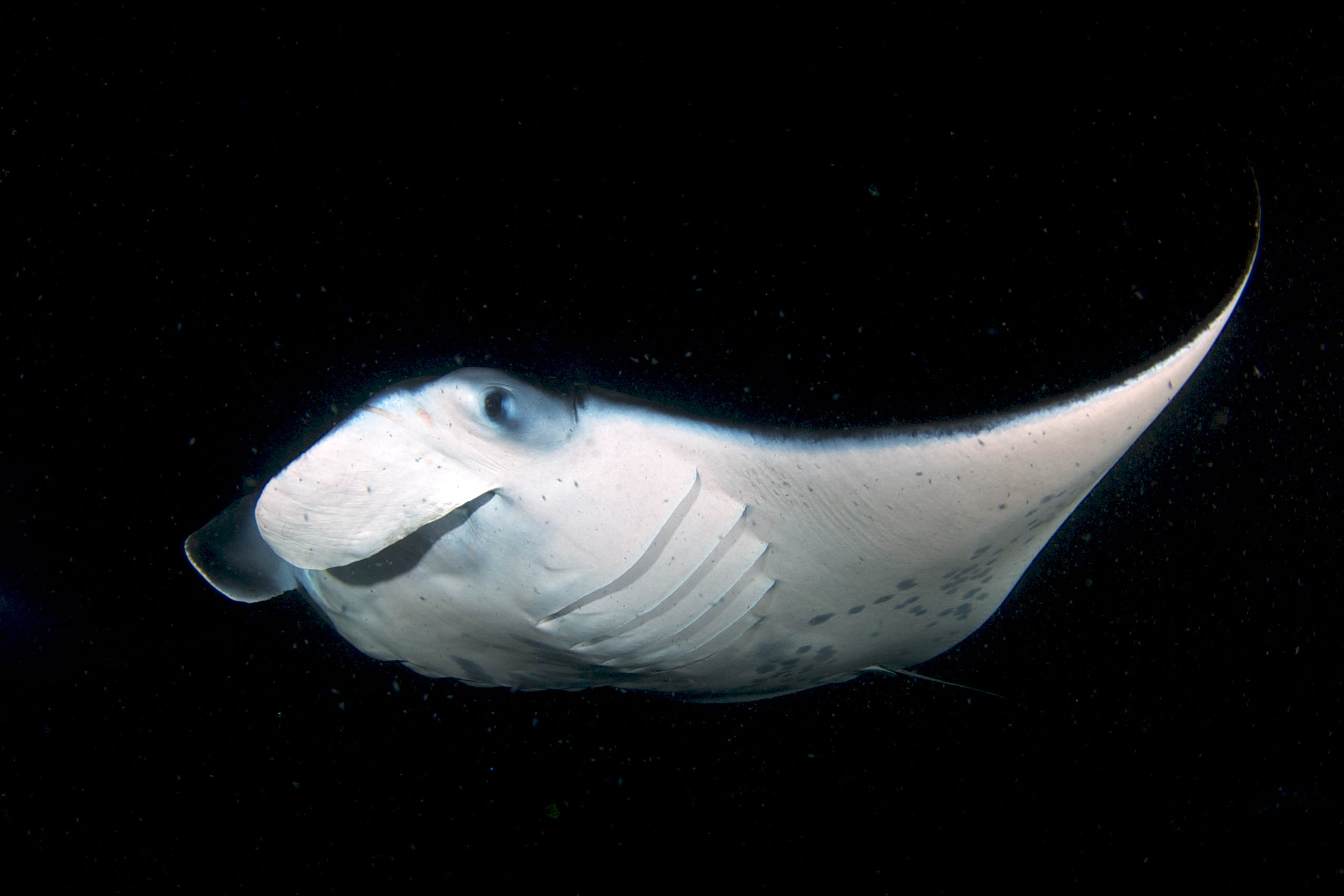