CORVALLIS, Ore. – Longtime friends and musical collaborators Mary Chapin Carpenter and Shawn Colvin will take the stage as an acoustic duo at 7:30 p.m. Dec.10 at the LaSells Stewart Center on the Oregon State University campus in Corvallis.

Carpenter and Colvin will swap songs and share stories in the show, billed “Mary Chapin Carpenter and Shawn Colvin: Together on Stage!” The show is an updated revival of the pair’s 2013 tour.

Carpenter has sold over 14 million records, racking up hits like “Passionate Kisses,” “He Thinks He’ll Keep Her,” “Down at the Twist and Shout,” and “I Feel Lucky.” She has won five Grammy Awards, two Country Music Association Awards, and two Academy of Country Music Awards.

She is one of only 15 female members in the Nashville Songwriters Hall of Fame. Her most recent album, “Sometimes Just the Sky,” is a celebration of her three-decade career and features new versions of some of her most beloved songs.

Colvin won her first of three Grammy Awards, for Best Contemporary Folk Album, with her 1989 debut, “Steady On.”  “Sunny Came Home,” from the album “A Few Small Repairs,” took home Grammy Awards for Record of the Year and Song of the Year in 1998.

Colvin is a recent inductee into the Austin City Limits Hall of Fame and was recognized for her career accomplishments with the 2016 Lifetime Achievement Trailblazer Award from the Americana Music Association. In September 2019, to commemorate the 30th anniversary of “Steady On,” Colvin released a newly recorded and all acoustic version of that landmark album.

The performance is part of the OSU School of Arts and Communication’s SAC Presents series.

To purchase tickets in person, go to Fairbanks Hall room 309A or 309B, between 9 a.m. and 4 p.m. Monday through Friday. If not sold out, tickets will also be available at the LaSells Stewart Center box office prior to the concert. To purchase online, visit https://liberalarts.oregonstate.edu/SACpresents or call 541-737-5592.

SAC Presents participates in Corvallis Arts for All. Individuals in the SNAP program with an Oregon Trail Card may purchase up to two tickets at $5 each starting one hour prior to each performance, if seating is available.

Lobby and box office open at 6:30 p.m. Wine and light snacks are available for purchase from Lumos Wine Co. prior to the performance and during intermission.

Child care is available on campus for all SAC Presents performances through OSU KidSpirit’s Adult Night Out. Advanced registration and fee required. See the KidSpirit website at https://kidspirit.oregonstate.edu/adult-night-out for details and registration.

Other performances in the 2019-2020 SAC Presents series are:

SAC Presents is funded in part by donations made during the Cornerstone Campaign for the Arts and by OSU Friends of the Arts. 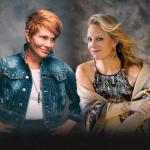