CORVALLIS, Ore. – A resemblance to moss, lichens and fungi made for fantastic cover by a new genus and species of cylindrical bark beetle described by an Oregon State University College of Science researcher.

“If you can’t beat your enemies or run away, then hide, and that is what this Cretaceous beetle is doing,” said OSU’s George Poinar Jr. “He is hiding under a spectacular camouflage of his own making, allowing him to blend into a mossy background.”

Poinar, an international expert in using plant and animal life forms preserved in amber to learn more about the biology and ecology of the distant past, and collaborator Fernando Vega of the U.S. Department of Agriculture named the male specimen Stegastochlidus saraemcheana. They placed the specimen, found in 100-million-year-old Burmese amber, in the subfamily Colydiinae in the family Zopheridae.

“The beetle must have spent its life among moss, lichens and fungi, either attached to tree trunks or on the forest floor,” Poinar said. “A close association with fungi is indicated by strands of fungal spores, known as conidia, attached to the beetle’s cuticle, or outer covering.”

Cylindrical bark beetles are known for their slender shape and for laying eggs under the bark of trees. The 4.2-millimeter-long beetle described by Poinar blended in with its surroundings thanks to more than 100 spike-like structures, or protuberances, on its back and head.

Its antennae have 10 segments, with the terminal segment clublike, and each of its tarsi – the part of the legs farthest from the body – has four sections.

“A few parasitic mites were attached to him by their mouths and in the end a predator did finally discover the beetle in spite of its awesome deception,” Poinar said.

The beetle’s narrow body would allow it to enter tight places, including the galleries – vertical structures beetles build in wood for feeding and reproduction – of other beetles.

“Its pointed mouth parts indicate that S. saraemcheana was a carnivore that could have preyed on the life stages of various other invertebrates,” he said. “This discovery represents a new variation of form and structure within this family of beetles, and finding fungi attached to the body of the fossil beetle provides important information on the possible habitats, likely tropical and moist, visited by Cretaceous cylindrical bark beetles.” 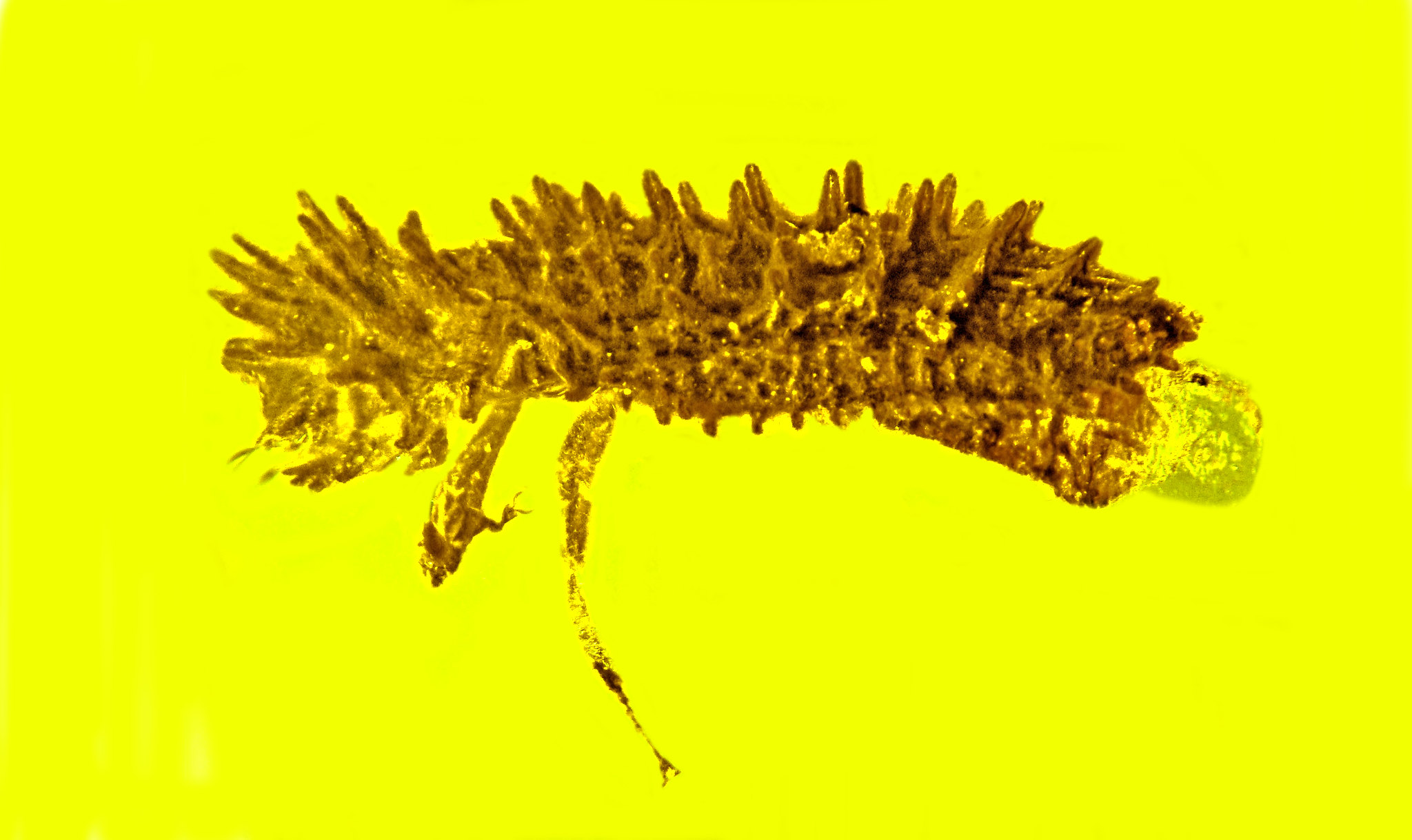