Meet the ‘mold pigs,’ a new group of invertebrates from 30 million years ago

CORVALLIS, Ore. – Fossils preserved in Dominican amber reveal a new family, genus and species of microinvertebrate from the mid-Tertiary period, a discovery that shows unique lineages of the tiny creatures were living 30 million years ago.

The findings by George Poinar Jr. of the Oregon State University College of Science give a rare look at a heretofore unknown clade of invertebrates, along with their fungal food source and other animals that lived in their habitat.

Poinar, an international expert in using plant and animal life forms preserved in amber to learn more about the biology and ecology of the distant past, informally calls the new animals “mold pigs” for their resemblance to swine, and their diet. Scientifically, they are Sialomorpha dominicana, from the Greek words for fat hog (sialos) and shape (morphe).

Invertebrate means not having a backbone, and invertebrates account for roughly 95 percent of animal species.

“Every now and then we’ll find small, fragile, previously unknown fossil invertebrates in specialized habitats,” Poinar said. “And occasionally, as in the present case, a fragment of the original habitat from millions of years ago is preserved too. The mold pigs can’t be placed in any group of currently existing invertebrates – they share characteristics with both tardigrades, sometimes referred to as water bears or moss pigs, and mites but clearly belong to neither group.”

“The large number of fossils provided additional evidence of their biology, including reproductive behavior, developmental stages and food,” he said. “There is no extant group that these fossils fit into, and we have no knowledge of any of their descendants living today. This discovery shows that unique lineages were surviving in the mid-Tertiary.”

About 100 micrometers long, the mold pigs had flexible heads and four pairs of legs. They grew by molting their exoskeleton and fed mainly on fungi, supplementing that food source with small invertebrates.

“No claws are present at the end of their legs as they are with tardigrades and mites,” Poinar said. “Based on what we know about extant and extinct microinvertebrates, S. dominicana appears to represent a new phylum. The structure and developmental patterns of these fossils illustrate a time period when certain traits appeared among these types of animals. But we don’t know when the Sialomorpha lineage originated, how long it lasted, or whether there are descendants living today.”

Findings were published in Invertebrate Biology. Diane Nelson of East Tennessee State University collaborated with Poinar on this research. 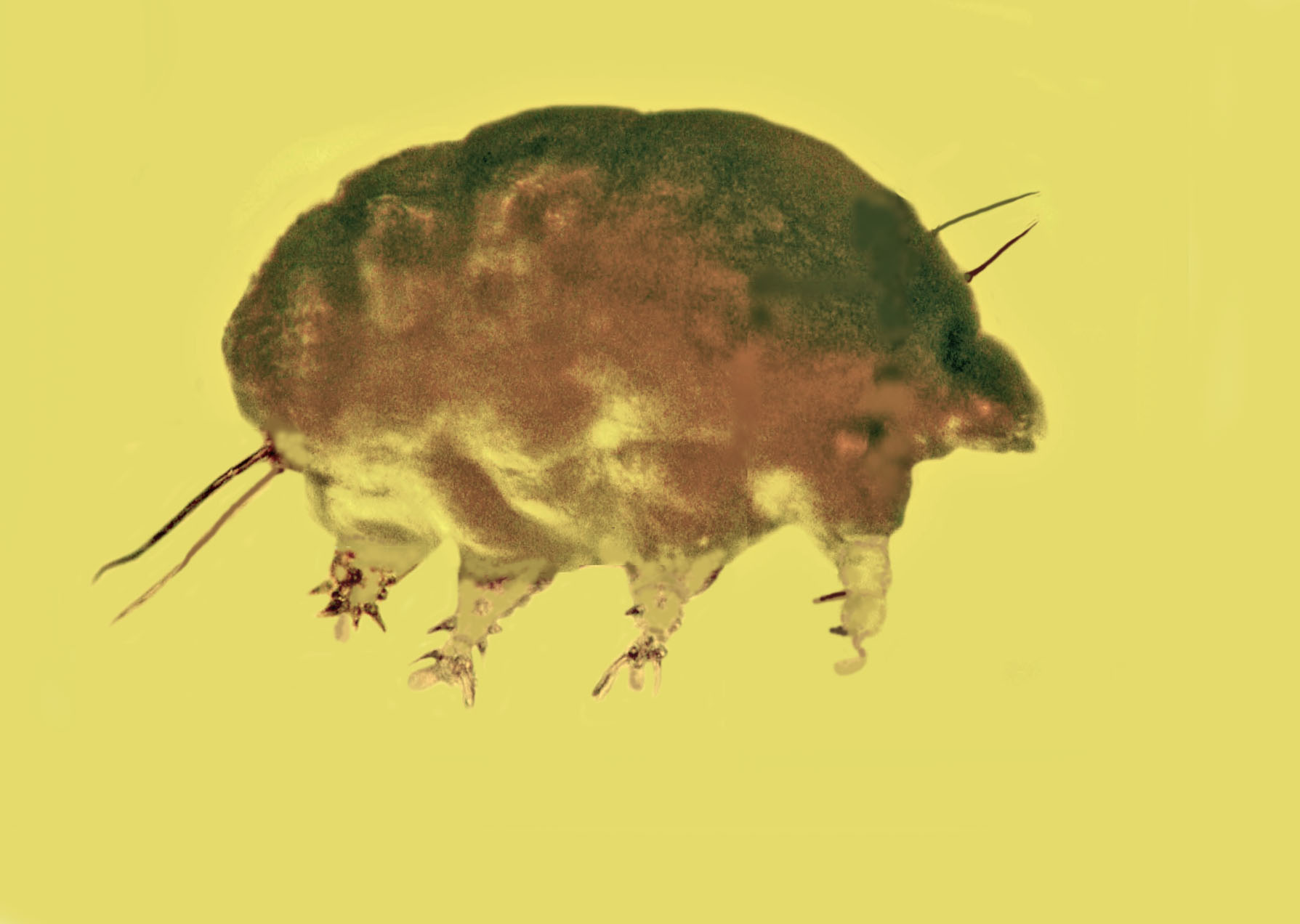