CORVALLIS, Ore. – Two Oregon State University researchers have discovered a microscopic soil-dwelling nematode on the Corvallis campus that could be an important tool against invasive slugs that cause billions of dollars a year in agricultural damage worldwide.

In Oregon at least half of the 20 top agricultural commodities suffer from slug damage, including the important grass seed industry with an estimated $60 million in losses annually, according to Rory Mc Donnell, associate professor in crop and soil science in the College of Agricultural Sciences and slug specialist for OSU Extension Service. Although figures aren’t available for the $1 billion nursery industry, Oregon’s top commodity, slugs and snails account for huge losses in that sector, as well, Mc Donnell said.

The parasitic nematode, Phasmarhabditis hermaphrodita, could decrease those losses significantly, said Dee Denver, professor and head of the OSU Department of Integrated Biology in the College of Science and a nematode specialist. It has been used in Europe as a bio-control product under the brand name Nemaslug for more than 25 years, but is not registered in the U.S. by the Environmental Protection Agency.

“The thought process is that if it works in Europe and we find it here and it works here, it might be easier to get it registered by the EPA,” Mc Donnell said. “If we can provide evidence it’s native, that makes a strong case for developing it as a bio-control. But we want to make sure there are no effects on native slugs or snails. We don’t want bio-control gone awry. That’s very, very important.”

Growers rely on expensive chemicals to control slugs and only get 10% to 60% efficacy, according to Mc Donnell. The pesticides can have unintended effects on non-target organisms and can contaminate waterways.

“The damage they cause is a massive issue,” Mc Donnell said. “We surveyed 200 growers throughout the Willamette Valley to gather their opinion of controlling slugs with pesticide. We found only 30% said they were happy with the performance of chemicals.”

For three years, Mc Donnell, whose position was originally funded by the Oregon Legislature to find solutions to the state’s slug problem, travelled Oregon hoping to find P. hermaphrodita. When he did, it was in his backyard – the OSU campus in Corvallis. The discovery was the first in North America outside of California, where researchers at the University of California, Riverside, including Mc Donnell, found it in 2014.

Finding the nematode wasn’t easy. There are thousands, if not millions, of nematode species, and comma-sized P. hermaphrodita is almost invisible to the untrained eye. To identify it, Denver, who is a nematode specialist, had to extract and sequence its DNA and compare it to a national repository.

To locate the nematode, Mc Donnell and his staff set and scouted traps at the edges of agricultural fields, looking for gray field slugs (Deroceras reticulatum) that may have succumbed to nematodes. The nematodes invade the slug through a hole at the back of its mantle – the saddle-shaped part at the front of the slug. Once inside, the nematode kills and feeds on the slug and reproduces at a fast rate – one nematode can produce thousands of offspring in a matter of one to two weeks.

“When a slug is infested with nematodes, it liquifies,” Denver said. “You end up with a swarming pile of worms. It’s pretty gruesome.”

The gray field slug, which is the bane of home gardeners as well as agriculture, has invaded most of the world. It is the most important invasive slug species in agricultural production, Mc Donnell said. In Europe, P. hermaphrodita can reduce crop damage by slugs by up to 90%. Direct damage isn’t the only way D. reticulatum affects plants; it can be a vector for disease and also defecates and leaves slime trails, which reduces the quality of the crop.

As they continue to work on P. hermaphrodita, Denver and Mc Donnell are growing other species to determine genetic relationships and perhaps discover related nematodes that also have potential as bio-controls.

“Nematodes are abundant and diverse – there are millions of them in every aspect of the earth’s biosphere,” Denver said. “They are really understudied and, with Rory’s lab as one of a very few in North America devoted to slugs and snails, we’re in a good position to do this research.”

The results of their research have been published in the journals PLoS and Biological Control. 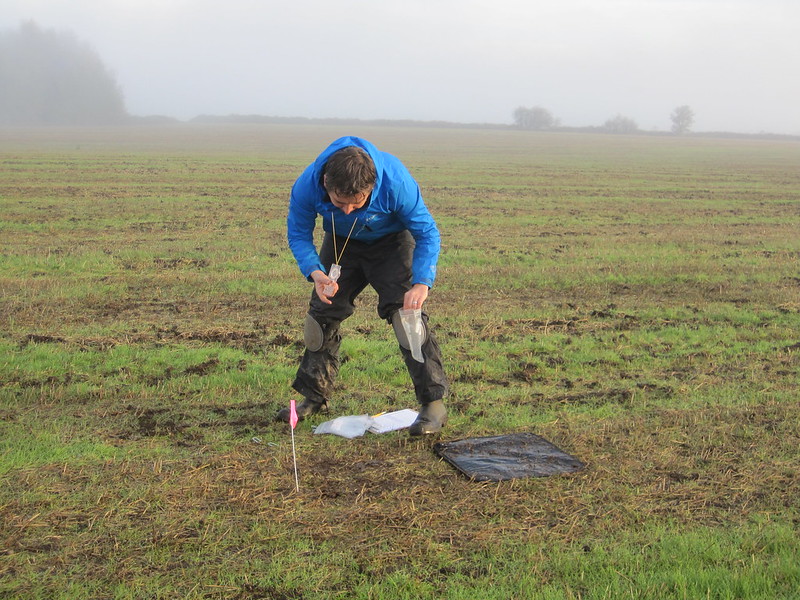