**This news release was updated on April 29, 2021 to include details about the Food and Drug Administration approval of this device.

CORVALLIS, Ore. – The Food and Drug Administration just approved a medical monitoring device that could aid patients with COVID-19 and other respiratory ailments that was developed by a team including an Oregon State University researcher.

Patients with severe COVID-19 are often treated with ventilators, devices that pump air into the lungs of patients unable to breathe adequately on their own. But ventilators, which involve placing a breathing tube in the patient’s airway, are expensive, invasive and open the possibility of infection.

Ventilatory assistance helmets provide an alternate way to treat COVID-19 patients with moderate respiratory problems, helping address their condition before it becomes severe and thereby reducing the need to be placed on a ventilator. These helmets are less expensive ($200 vs. $30,000 for a ventilator, the researchers say) and non-invasive.

Recent studies have found helmet-based non-invasive ventilation effective in treating COVID-19 patients. However, it is crucial to maintain proper air flow and pressure levels in the helmets. Too much pressure can cause lung damage, while too little pressure can reduce the efficacy of the treatment. If the air flow is too low, the patient could be in danger of rebreathing exhaled air.

The team of researchers that included engineers and inventors who also work at Oregon State and the University of British Columbia believe they have solved that problem by developing a device that measures the helmet pressure and airflow, while providing visual and audible alarms to alert if pressure or flow are outside the bounds set by a medical provider.

Health Canada, a peer agency to the FDA, has also authorized use of the PEEP-Alert Pressure and Flow Monitor under a COVID-19 emergency order. That authorization also allows it be used in many other countries. In fact, the team is preparing to send a batch of the monitoring devices to hospitals in Kenya.

“As we have all seen during the COVID-19 pandemic, there are limitations with ventilators,” said John Selker, an Oregon State professor who helped develop the device. “That has led to a lot of interest in helmets as a low-cost and less invasive alternative, particularly in medically underserved parts of the world. This device brings us closer to that reality.”

The bubble-like helmets surround the patient’s head and are sealed with an airtight collar that wraps around the neck. An attached tube supplies fresh gas that is enriched in oxygen. The outlet is fitted with a viral filter to protect health care workers from exposure to viral particles.

The PEEP-Alert device – which is about the size of a deck of cards – attaches to the helmet outlet. It allows over four days of continuous monitoring prior to recharging, is compatible with existing helmets, and can be easily disinfected and reused.

“We think the PEEP-Alert device will speed up the adoption of helmets to treat patients not only with COVID-19, but also other acute respiratory conditions,” said Mark Johnson, one of the developers of PEEP-Alert who devoted his sabbatical to the project and is usually the Canada Research Chair in Ecohydrology at the University of British Columbia. Johnson worked on the device with Selker and several other engineers.

In March 2020, at the time COVID-19 was declared a pandemic and the shortage of ventilators was a global challenge, Johnson reached out to Selker, who he called the “MacGyver of hydrology.” Johnson and Selker are both hydrologists who knew each other from academic conferences and their shared alma mater: Cornell University. But they had never worked together.

Nevertheless, they decided to collaborate on this project. While the project doesn’t have an application in water systems, they believed they could draw on their backgrounds to create the medical device.

Johnson, who was on sabbatical from his position at the University of British Columbia, and several others, designed and developed the device via a company they created called PEEP-Alert. (PEEP stands for positive end-expiratory pressure and is a medical term for the breathing support provided to a patient’s lungs; this support can be provided non-invasively via helmets or invasively using a ventilator).

Selker created the Oregon State Fast Response Respiration initiative that also contributed to a guidance document put out by the Association for the Advancement of Medical Instrumentation that helped with FDA approval to allow helmets to be used to treat COVID-19 patients. Other countries had similar approvals in place, but in the U.S. helmets were only approved for a few other medical conditions.

Meanwhile, the team continued to design and test the pressure and flow monitor with the helmets already on the market. No manufacturers in the U.S. made helmets that could sustain the level of positive pressure needed, and the newcomers to production often had design defects.

OFRR developed the regulatory specifications for performance and then made a mobile laboratory to test helmets to ensure the helmets met these guidelines. Five manufacturers utilized OFRR’s services, yielding an abundance of high-performance medical devices in the market in the first months of the COVID-19 pandemic.

PEEP-Alert is now talking to helmet manufactures in Brazil, Italy and the U.S. about offering the device to their customers.

“We believe helmets are safe and can help avoid the need for ventilators in many cases,” said Selker, a professor in the Oregon State College of Agricultural Sciences. “And for much of the world they could be transformative.”

In addition to Selker and Johnson, several others worked on the project: Morten Kals, who is now a doctoral student at University of Cambridge; Erik MacLennan, an instrumentation engineer at Precision NanoSystems Inc; and Ted Selker, a San Francisco Bay Area computer scientist and inventor. 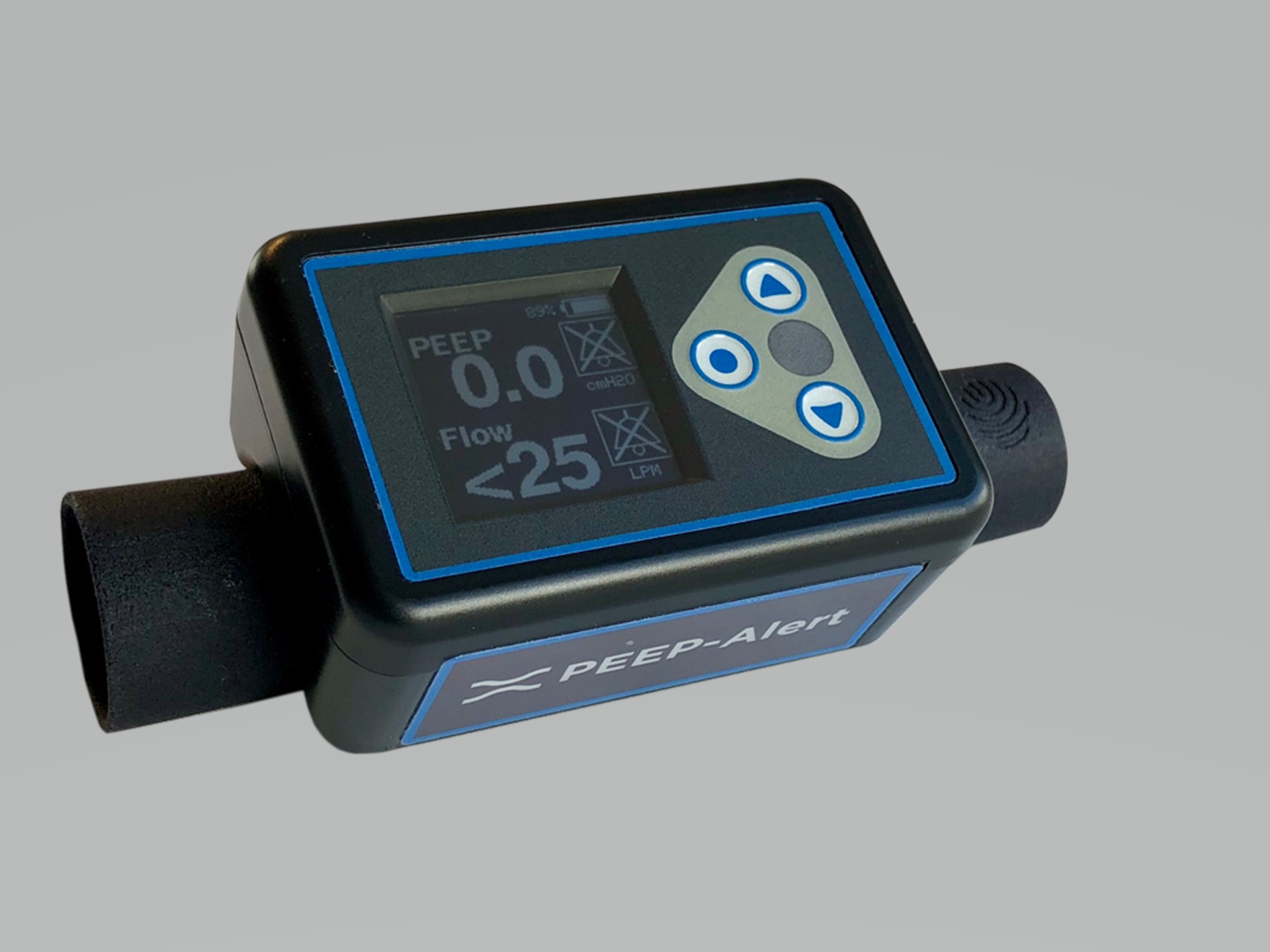 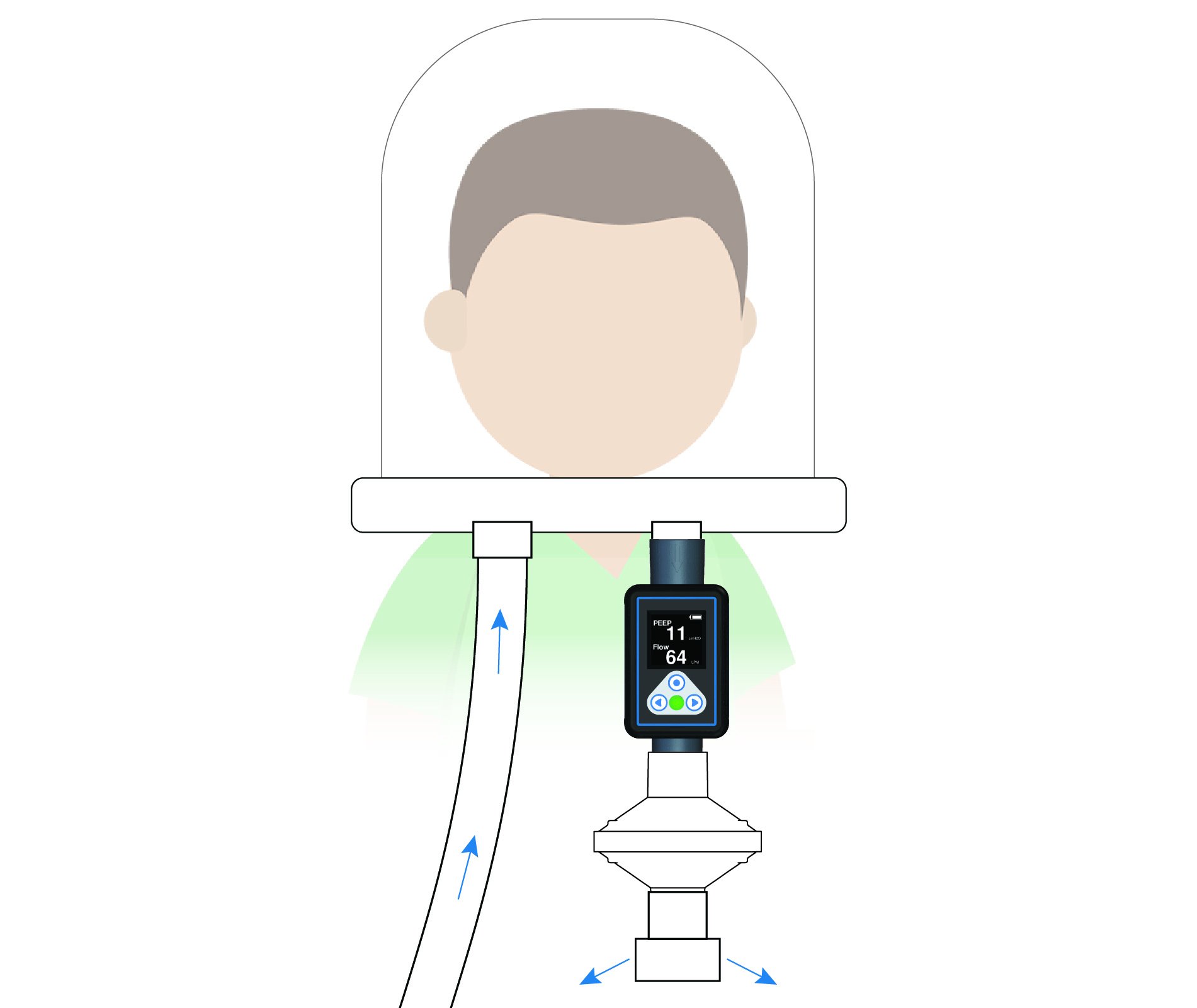