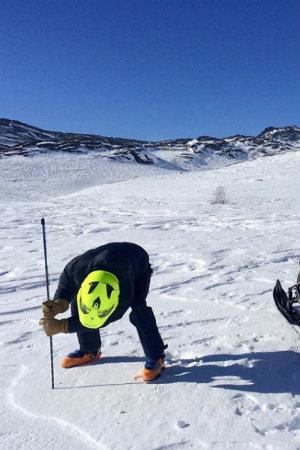 CORVALLIS, Ore. – The National Aeronautics and Space Administration is looking for snowshoers, backcountry skiers and snow-machine users in the Pacific Northwest to gather data to use in computer modeling for snow-water equivalent, or SWE.

SWE refers to how much water a particular amount of snow contains, information that’s important to scientists, engineers, and land and watershed managers.

NASA is funding a four-year project that involves an Oregon State University civil engineering professor, David Hill, and Ph.D. student, Ryan Crumley, as well as researchers at the University of Washington and the Alaska Division of Geological & Geophysical Surveys.

The project is called Community Snow Observations and is part of NASA’s Citizen Science for Earth Systems program.

“Our initial model runs show that the citizen science measurements are doing an amazing job of improving our simulations,” said David Hill of the OSU College of Engineering. “NASA has an unbelievable number of satellite assets in the sky producing incredible information about what’s going on in the earth’s systems, and they’re leveraging information and expertise from the public to make their product even better.”

Getting involved in Community Snow Observations is easy. A smartphone, the free Mountain Hub application, and an avalanche probe with graduated markings in centimeters are the only tools a recreationist needs.

As citizen scientists make their way through the mountains, they use their avalanche probes to take snow depth readings that they then upload into Mountain Hub, a fully featured app for outdoor users.

That’s all there is to it.

“Traditionally, the types of models we run have relied on ‘point’ measurements, such as snow telemetry stations,” Hill said. “Citizen scientists who are traveling in backcountry snow environments can provide us with much more data than those stations provide.”

Community Snow Observations kicked off in February 2017. Led by Hill, Gabe Wolken of the University of Alaska Fairbanks and Anthony Arendt of the University of Washington, the project has so far focused primarily on Alaskan snowpacks. Researchers are now looking to recruit citizen scientists in the Pacific Northwest as well, and if possible in the Rocky Mountain region also.

Alaska Fairbanks has spearheaded the public involvement aspect of the project, while the UW’s chief role is managing the data. Hill and Crumley are responsible for the modeling.

Which particular geographic areas get modeled “is kind of up to the public,” Hill said, adding that the more the data are spread out over time and space, the better.

“The models take into account the temporal densification of the snowpack and the spatial variability in snow-water equivalent and how snow properties are always changing, even in a given location,” he said. “If we get a whole bunch of measurements on one day in one spot, that has value, but the more we can get things stretched out, the more coverage we get, the better modeling products we can produce.” 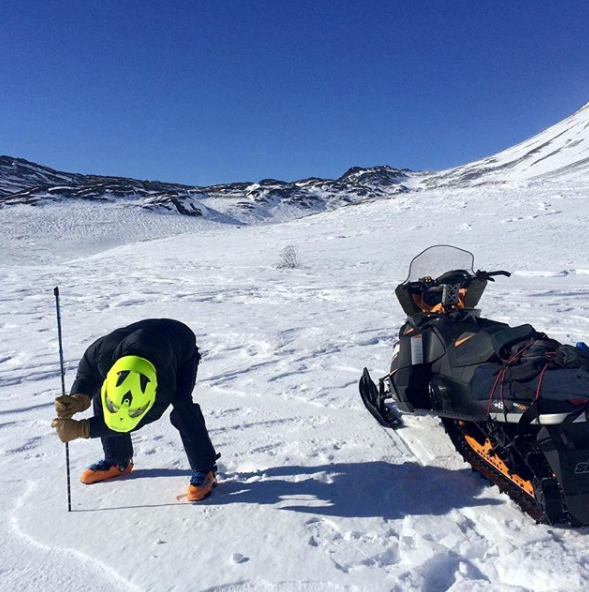