Murthy, who has served as the Ronald and Valerie Sugar Dean at the UCLA Henry Samueli School of Engineering and Applied Science since January 2016 and previously worked at several other top engineering universities and in the private sector, will become OSU’s 16th president on Sept. 9, 2022.  She will succeed Becky Johnson, who has served as OSU’s interim president since May 1, 2021, and will remain OSU’s president through Sept. 8.

“We are very pleased to welcome president-elect Murthy to Oregon State University,” said Kirk Schueler, chair of OSU’s Board of Trustees.

“Dr. Murthy is the right person and leader to guide this remarkable university that is enjoying tremendous momentum. Under Dr. Murthy’s leadership, OSU’s incredible impact in Oregon, nationally and globally, and the university’s commitment and progress in advancing diversity, equity and inclusive excellence will grow.”

Murthy is the first woman of color to lead OSU.

“This is the right place and right time,” Murthy said. “I am very impressed by Oregon State University. OSU is well-positioned to address the many challenges in how higher education will be best provided in the years ahead thanks to the university’s excellent faculty, staff and leaders, and its commitment to student success, inclusive excellence and its long experience and leadership in online education.”

Murthy praised OSU for its growing national and global research prominence and its contributions to Oregon communities statewide through OSU Extension and engagement programs.

“This is the time to think big and do big things. I am confident that OSU can be a national leader in the post-pandemic era.”

“We also will invest even more in research infrastructure. We will support individual research investigators in their efforts to expand their research activities. And we will grow our work with federal and state leaders and agencies, and private sector businesses, to significantly expand large-scale and collaborative OSU research.

“Oregon State University is a fantastic example of a modern, 21st century land grant university. We can build on this impact through OSU Extension’s work in communities across the state and by OSU engaging in strong two-way communication with Oregonians and communities.”

Murthy, 64, was the first woman dean at UCLA’s engineering school, which has 190 faculty members and more than 6,000 undergraduate and graduate students. During her tenure, she made expanding access to a UCLA engineering education a top priority. This includes deepening relationships with local community colleges, increasing outreach to underrepresented minority groups and easing the transition for transfer students.

She also led the effort to establish Women in Engineering at UCLA ([email protected]) – a program that supports the full participation of women in engineering.

Murthy also has been active helping raise more than $330 million in philanthropy at UCLA.

She underscored her intention to advance OSU’s commitment to inclusive excellence among students, faculty and staff.

“Advancing diversity, equity and inclusion is a deeply held conviction of mine and is central to my work as an educator and administrator,” Murthy said. “As an engineer, I have often been the only woman in the room since I was 16.”

Murthy said the university will advance inclusive excellence by providing access to college for all learners and providing students enrolled on campus and online with strong student support services, including advising, internships, mentoring and financial assistance for those with need.

“I do not believe in exclusivity or in excluding certain students,” she said. “That’s not the future I see for OSU. I see broad access for all qualified learners.”

Under Murthy’s leadership at UCLA, the engineering school focused on growth in areas critical to the 21st century, including engineering in medicine and biology; sustainable and resilient urban systems; artificial intelligence, machine learning and data science; cybersecurity and the future internet; robotics and cyberphysical systems; as well as advanced materials and manufacturing. She also is a distinguished professor in the school’s mechanical and aerospace department.

While at Purdue and University of Texas, Murthy served as the director of the Center for Prediction of Reliability, Integrity and Survivability of Microsystems (PRISM) from 2008 to 2014, a center of excellence supported by the National Nuclear Security Administration (NNSA).

Murthy began her career at Arizona State University, where she was an assistant professor of mechanical and aerospace engineering from 1984 to 1988. From 1988 to 1998, Murthy worked at New Hampshire-based Fluent, Inc., a developer and vendor of the world’s most widely used computational fluid dynamics software. She led the development of algorithms and software that still form the core the company’s products.

She has authored over 330 technical publications.

She is a member of the National Academy of Engineering (NAE), foreign fellow of the Indian National Academy of Engineering (INAE), fellow of the American Society of Mechanical Engineers (ASME) and the recipient of many honors, including the ASME Heat Transfer Memorial Award in 2016 and the ASME Electronics and Photonics Packaging Division Clock Award.

Her research interests include nanoscale heat transfer, computational fluid dynamics, and simulations of fluid flow and heat transfer for industrial applications. Recently, her focus is on sub-micron thermal transport, multiscale multi-physics simulations of micro- and nano-electromechanical systems (MEMS and NEMS) and the uncertainty quantifications involved in those systems.

Murthy is married to Dr. Sanjay Mathur, an aerospace engineer who works at SparkCognition, a firm specializing in artificial intelligence systems and development.

Action to appoint Murthy by the OSU Board of Trustees concluded a national presidential search launched in late 2021 with the formation of a 17-member search advisory committee, the holding of community listening sessions and development of a presidential leadership profile to guide the recruitment process.

The recruitment included an extensive interview process of candidates that involved the search advisory committee and trustees. On May 23 and 24, two finalist candidates were invited to OSU’s Corvallis campus for final interviews with the board of trustees, community conversations and public forum meetings with each finalist. The search process included the opportunity for community members to provide web input to the board on each finalist and also included extensive background checks and due diligence on each finalist. 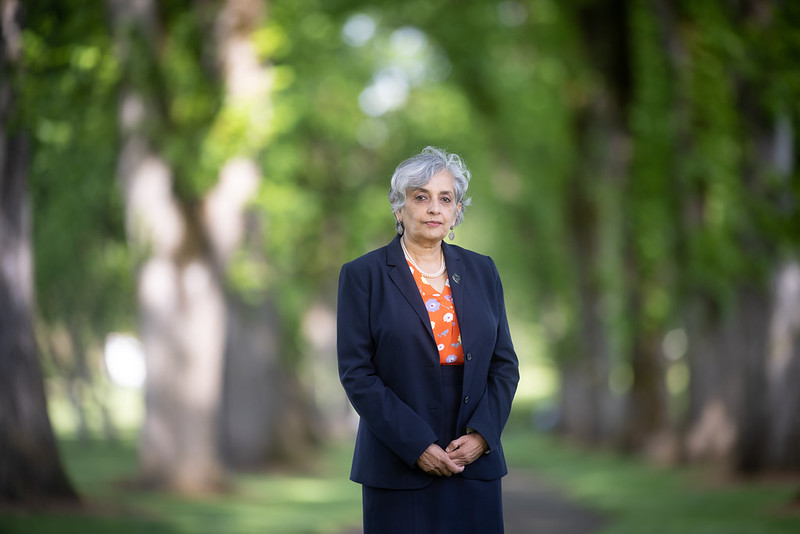 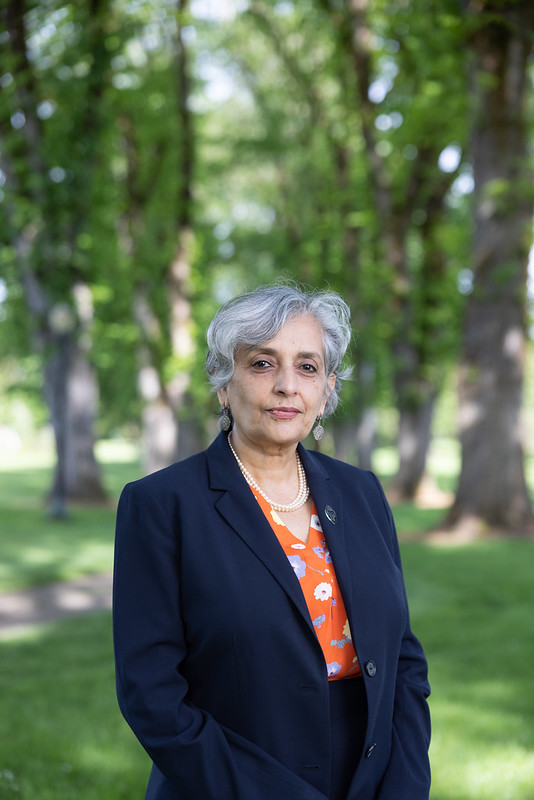 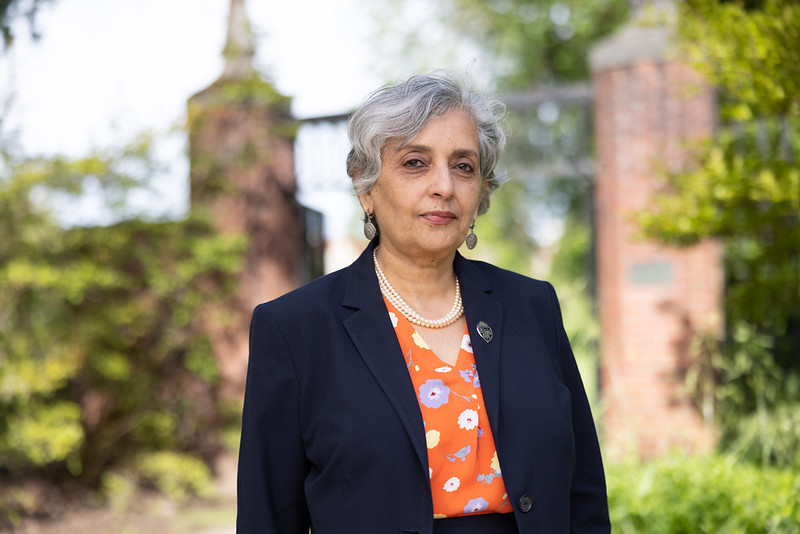