In 2013, NSF selected Oregon State to lead the initial design phase for as many as three new vessels, and the National Science Board authorized as much as $365 million for the project. Oregon State selected Gulf Island Shipyards, LLC in Houma, Louisiana to construct the first vessel, which OSU will operate. The research vessel Taani will operate primarily in the Pacific Ocean.

Funding for a second vessel was approved in June of 2018, and NSF selected the East Coast Oceanographic Consortium led by the University of Rhode Island to operate the vessel primarily in the Atlantic Ocean. NSF has not yet chosen an operating institution for this third vessel, although it will be targeted for work in the Gulf of Mexico, the Caribbean Sea, and the southeast Atlantic Ocean. Gulf Island Shipyards will build all three vessels.

The new ships are critical to the nation’s research efforts, said Roberta Marinelli, dean of OSU’s College of Earth, Ocean, and Atmospheric Sciences.

“Understanding the ocean’s resources and its role in our future is a national imperative,” Marinelli said. “The Regional Class Research Vessels are state-of-the-art platforms that will add critically needed capacity to understand nearshore oceanic process and living marine resources. OSU is pleased to work with Gulf Island Shipyards, and on behalf of the National Science Foundation, to build these revolutionary vessels for the academic research fleet.”

Demian Bailey, project co-manager for OSU, said the first ship is scheduled to be delivered to Oregon State in the summer of 2021, and will require a year of outfitting and testing before becoming fully operational. The keel-laying ceremony for the first vessel took place last November.

The second ship is scheduled for delivery to Oregon State in January 2022 for similar outfitting before transitioning to the University of Rhode Island.

Construction of the newly announced third ship should begin in November 2019 and be completed six months after the second vessel.

“These new ships will provide significantly enhanced capabilities compared to the academic research fleet vessels scheduled for retirement,” said Clare Reimers, an Oregon State University oceanographer, who helped lead the scientific planning for the ships. “They are essential to advance science-based understanding of ocean processes.”

About the new ships: 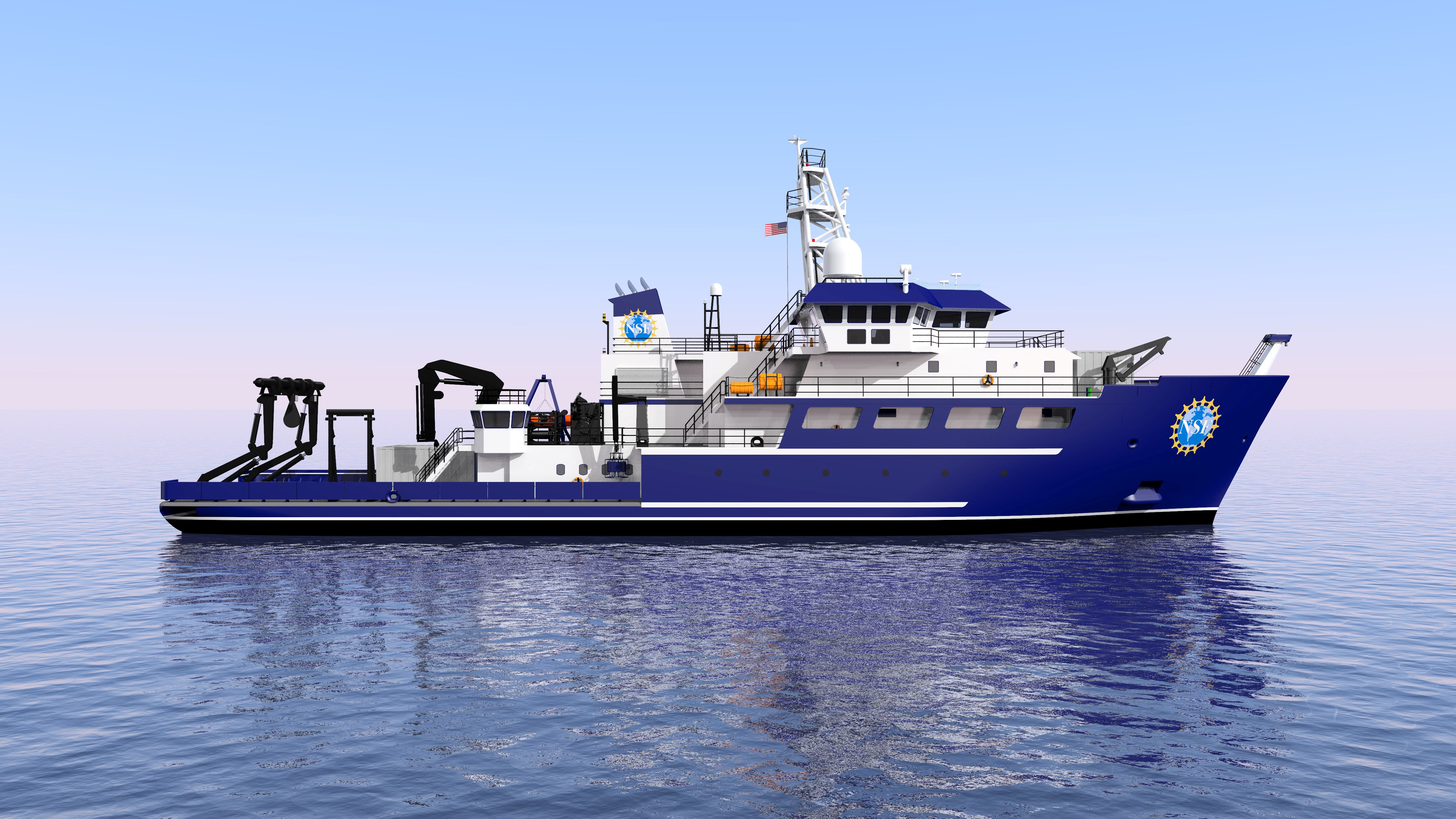