CORVALLIS, Ore. – Oregon State University scientists have taken a key step toward better understanding neurodegenerative diseases by using a suite of biophysical techniques to learn more about a motor protein whose malfunction is associated with many disorders.

The study, published in the journal eLife, represents important progress toward improved care for the millions of people around the world affected by conditions such as Alzheimer’s disease, amyotrophic lateral sclerosis, Parkinson’s disease and multiple sclerosis.

Neurodegenerative diseases occur when nerve cells in the brain and spinal cord, known as neurons, break down, function abnormally and eventually die. As neurons deteriorate, patients typically experience a range of gradually worsening neurological symptoms that can progress to debilitation and, in many cases, death.

According to the Harvard NeuroDiscovery Center, 5 million people in the United States have Alzheimer’s disease and 1 million have Parkinson’s. There are also 400,000 MS patients and 30,000 have ALS, a disease that reached the public’s consciousness when baseball star Lou Gehrig was diagnosed with it in 1939.

Neurodegenerative conditions onset primarily in mid- to late-life, meaning the incidence is expected to rise as the U.S. population ages. Demographic data suggest that without new interventions more than 12 million Americans will be affected by neurodegenerative diseases by 2050.

Elisar Barbar, head of the Department of Biochemistry and Biophysics in the OSU College of Science, and Kayla Jara, program coordinator for Oregon State’s genetic code expansion center, GCE4All, led a deep dive into dynein, one of the two types of motor proteins within cells; the other type is kinesin.

Motor proteins are tiny molecular machines that animal and fungi cells use to convert chemical energy into mechanical work. They are miniature “vehicles” traversing a cell via a network of tracks referred to as the cytoskeleton, hauling a cellular payload and generating forces to aid in many vital processes and functions.

“Dynein is responsible for the transport of cargo that controls cell proliferation and differentiation in the nervous system in the immediate aftermath of injury and during regeneration,” Jara said. “Neurodegenerative diseases arise as a consequence of mutations in the genes that produce components of the dynein motor and impair transport machinery in the axon.”

Nerve cells can be very long and heavily dependent on motor proteins to ensure transport of material between the cell body and the tip of the axon, she said. A cable that extends from the main part of the cell, the axon transmits electrical impulses from one neuron to other neurons.

“Just as freeways connect towns and cities, inside our cells lie an array of roads called microtubules that the motor proteins use to shuttle their loads,” Barbar said. “Dynein is responsible for carrying cargo in one direction, and about 40 proteins of the kinesin type haul in the opposite direction. That suggests there are intricate methods of regulation between the many subunit proteins that together make up dynein.”

In this study, Barbar and Jara, a doctoral student during the research, collaborated with scientists from Oregon State and Lewis & Clark College for a close look at one of those subunits: the intermediate chain, or IC, which acts as a binder for other subunits as well as for two non-dynein proteins, p150Glued and NudE.

“These binding interactions all take place in the first half of IC, which has escaped study by many structural techniques because it doesn’t fold into a specific structure,” Barbar said. “We wanted to find out how the binding of the subunits regulates IC interactions with p150Glued and NudE. This question has gone unanswered because of the difficulty in studying unstructured protein complexes of this size. But p150Glued and NudE bind to the same region of IC, and those proteins are involved in different dynein functions, so there must be a mechanism to select between the two.”

Studying proteins from a fungus, Chaetomium thermophilum, the scientists learned what that mechanism is: IC’s ability to fold back on itself and affect the p150Glued/NudE binding site. Due to the challenge of conducting research into non-structured proteins, many biophysical techniques were used in combination, Jara said, which resulted in a blueprint for how to study other, similar protein complexes.

“Dynein is the molecular motor responsible for transport of misfolded proteins so they can be broken down, meaning it is crucially involved in the appearance and clearance of proteins that are a hallmark of neurodegenerative diseases,” Jara added. “In particular, dynein malfunction is an early feature in disorders such as ALS and Alzheimer’s. Knowledge about the dynein structure and how it works will contribute to our understanding and treatment of these disorders.” 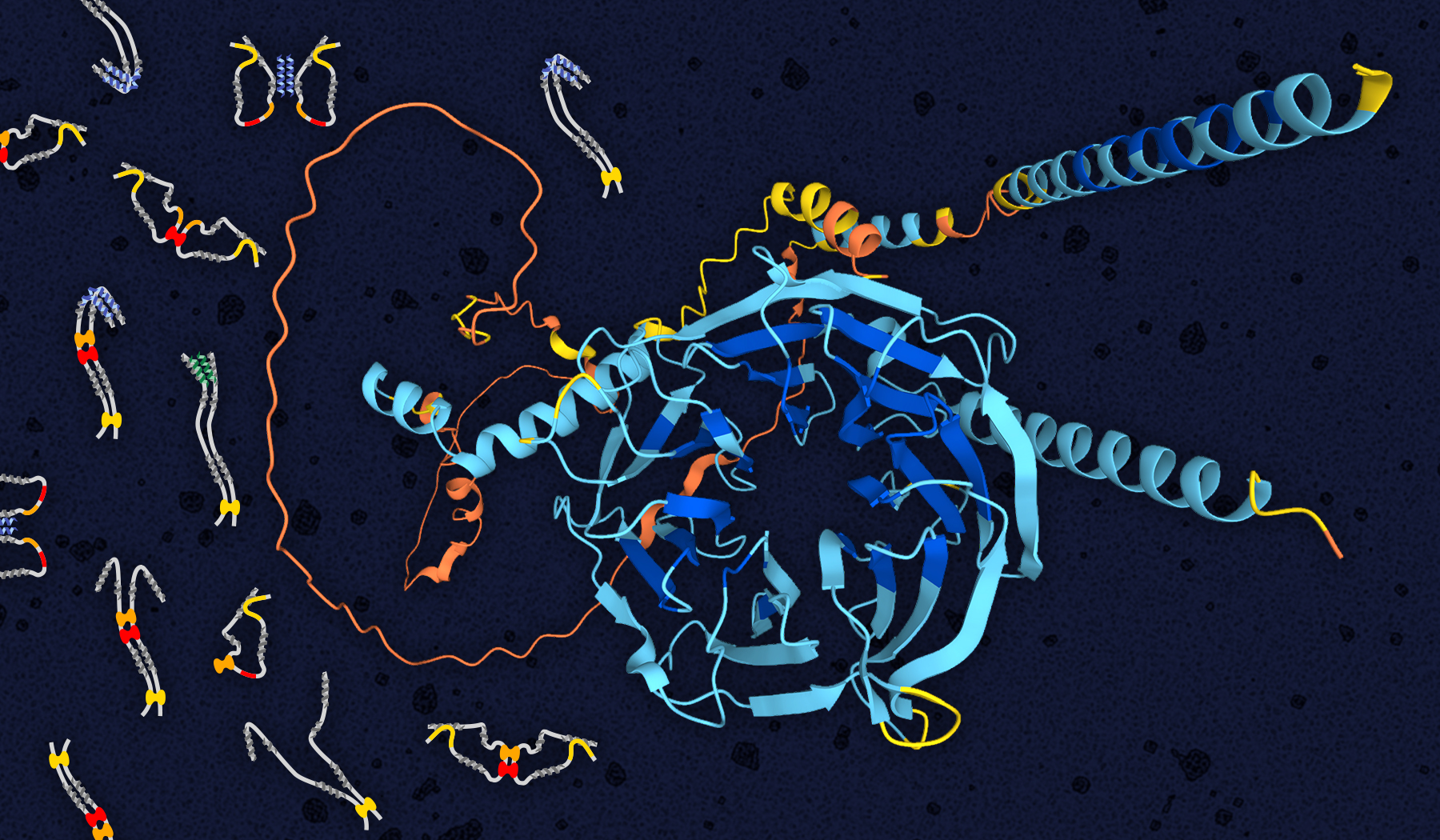