CORVALLIS, Ore. – Scientists at Oregon State University have taken an important step toward gene therapy for deaf patients by developing a way to better study a large protein essential for hearing and finding a truncated version of it.

Mutations in the protein, otoferlin, are linked to severe congenital hearing loss, a common type of deafness in which patients can hear almost nothing.

The research suggests otoferlin, which is in the cochlea of the inner ear, acts as a calcium-sensitive linker protein. The study also shows that a mutation in otoferlin weakens the binding between the protein and a calcium synapse in the ear, and deficiencies in that interaction might be at the root of hearing loss related to otoferlin.

The size of the otoferlin molecule and its low solubility have made it difficult to study, including how otoferlin works differently than another neuronal calcium sensor in the brain, synaptotagmin.

“It’s a one-trick pony of a protein,” said corresponding author Colin Johnson, associate professor of biochemistry and biophysics. “A lot of genes will find various things to do, but otoferlin seems only to have one purpose and that is to encode sound in the sensory hair cells in the inner ear. And small mutations in otoferlin render people profoundly deaf.”

The work by Johnson and collaborators in the Department of Physics and Department of Biochemistry and Biophysics provides a molecular-level explanation for the observation that otoferlin and synaptotagmin don’t have the same functional role.

“The otoferlin gene is really big, and it makes a huge protein,” Johnson said. “The traditional method for making a recombinant protein is using E. coli, but they loathe big proteins. This paper came up with a way of getting around that challenge.

“We were trying to shorten the gene, to find a truncated form that can be used for gene therapy. There is a size limit in terms of what you can package into the gene delivery vehicle, and otoferlin is too large. That’s the holy grail, trying to find a miniature version of otoferlin that that can be packaged into the delivery vehicle and then hopefully the patient can start hearing.”

Otoferlin’s size has precluded rescue experiments in which a modified mRNA for otoferlin is transfected into an animal model to replace a suppressed or knocked-down otoferlin gene causing deafness.

The study by Johnson, doctoral biochemistry student Nicole Hams, former biochemistry doctoral student Murugesh Padmanaryana and biophysicist Weihong Qiu identified a truncated form of otoferlin that can function in the encoding of sound.

The National Institutes of Health supported this study. Results were recently published in the Proceedings of the National Academy of Sciences. 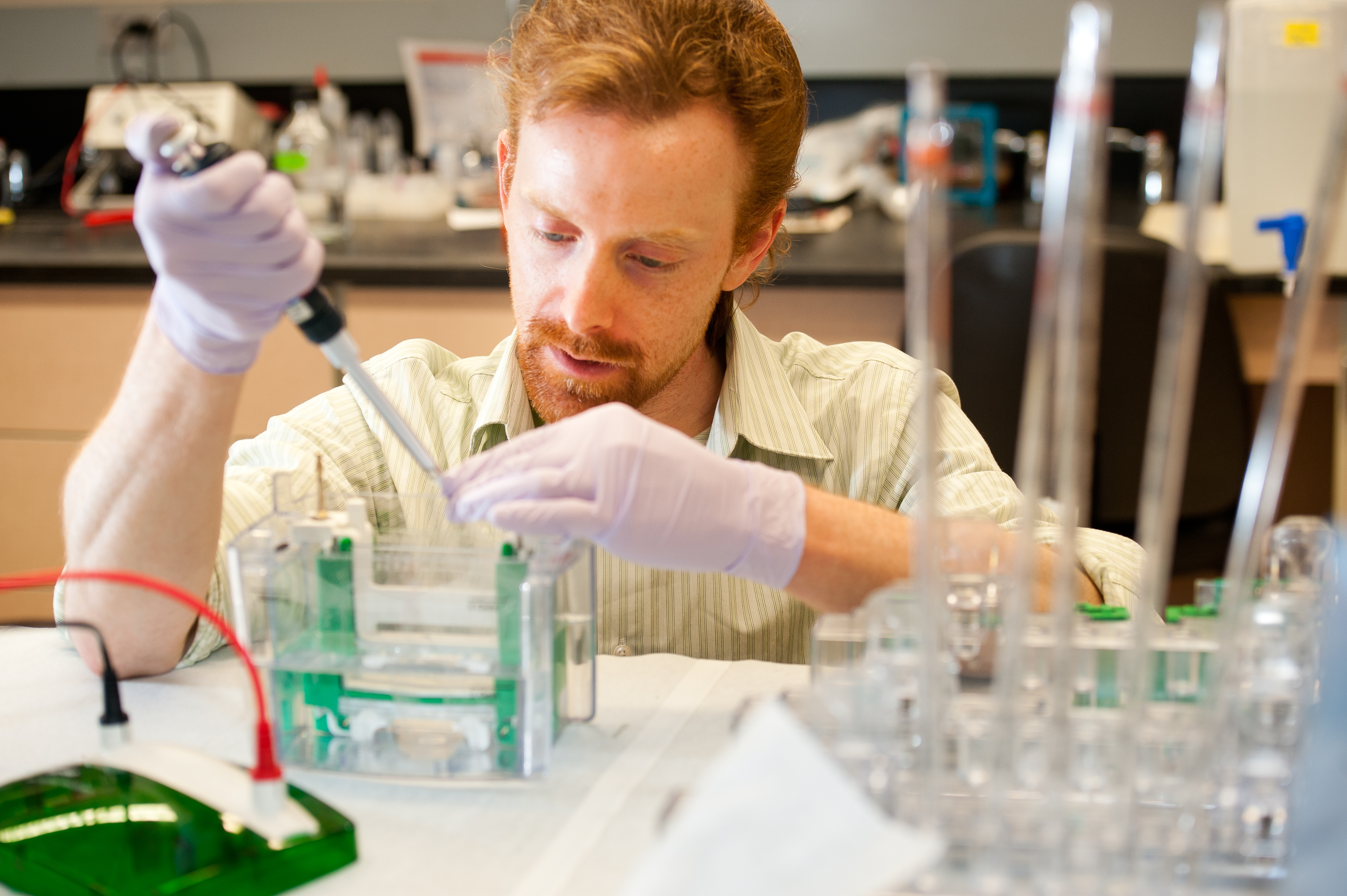