The interdisciplinary research team published its findings in the Journal of Dairy Science.

Bovine clinical mastitis, a bacterial infection of the udder, is the most prevalent and costly disease in the dairy industry. Diagnosed shortly after calving, the disease strikes about 16.5 percent of U.S. dairy cows in the first 30 days of lactation. Clinical mastitis costs the dairy industry millions of dollars of lost milk income and loss of cows due to the disease.

The researchers identified biomarkers in the cows’ blood that could indicate which of them are at increased risk of a specific disease, Bobe said.

“After giving birth, all cows are highly vulnerable to serious infectious and metabolic diseases,” he said. “Long before they acquire the disease these cows have a metabolic profile that indicates they are at an increased risk of disease.”

In nearly all cases, bovine clinical mastitis develops when the cow’s immune system isn’t able to defend against exposure of pathogenic bacteria at the end of its teat. Most of the time, the cow’s symptoms are mild–they are producing milk lacking normal consistency, for example flakes or clots, and the milk must be discarded. In serious cases, the cow may also have a fever and won’t eat.

The OSU test makes it possible for a dairy farmer to use this test to determine which of their cows are at risk for the infection before it occurs, Bobe said. To prevent the disease, they could feed those cows nutritional supplements that could boost their immune systems.

The study cohort consisted of 161 healthy pregnant Holstein cows from a 1,000-head dairy farm in Oregon’s Willamette Valley. Blood samples were collected weekly during the last three weeks before calving and at calving. After calving, the researchers selected blood samples of eight cows that were diagnosed with clinical mastitis but no other diseases after calving and compared them with nine cows that remained healthy after calving.

The researchers used a form of advanced analytical chemistry, known as ultra-performance liquid chromatography high-resolution mass spectrometry, to analyze the blood samples for lipids and other circulating metabolites.

“At some point before calving the cows got infected,” Bobe said. “This method allows us to determine when those cows were infected and needed to be treated.”

The study was funded by the OSU Agricultural Research Foundation and the Oregon Beef Council. 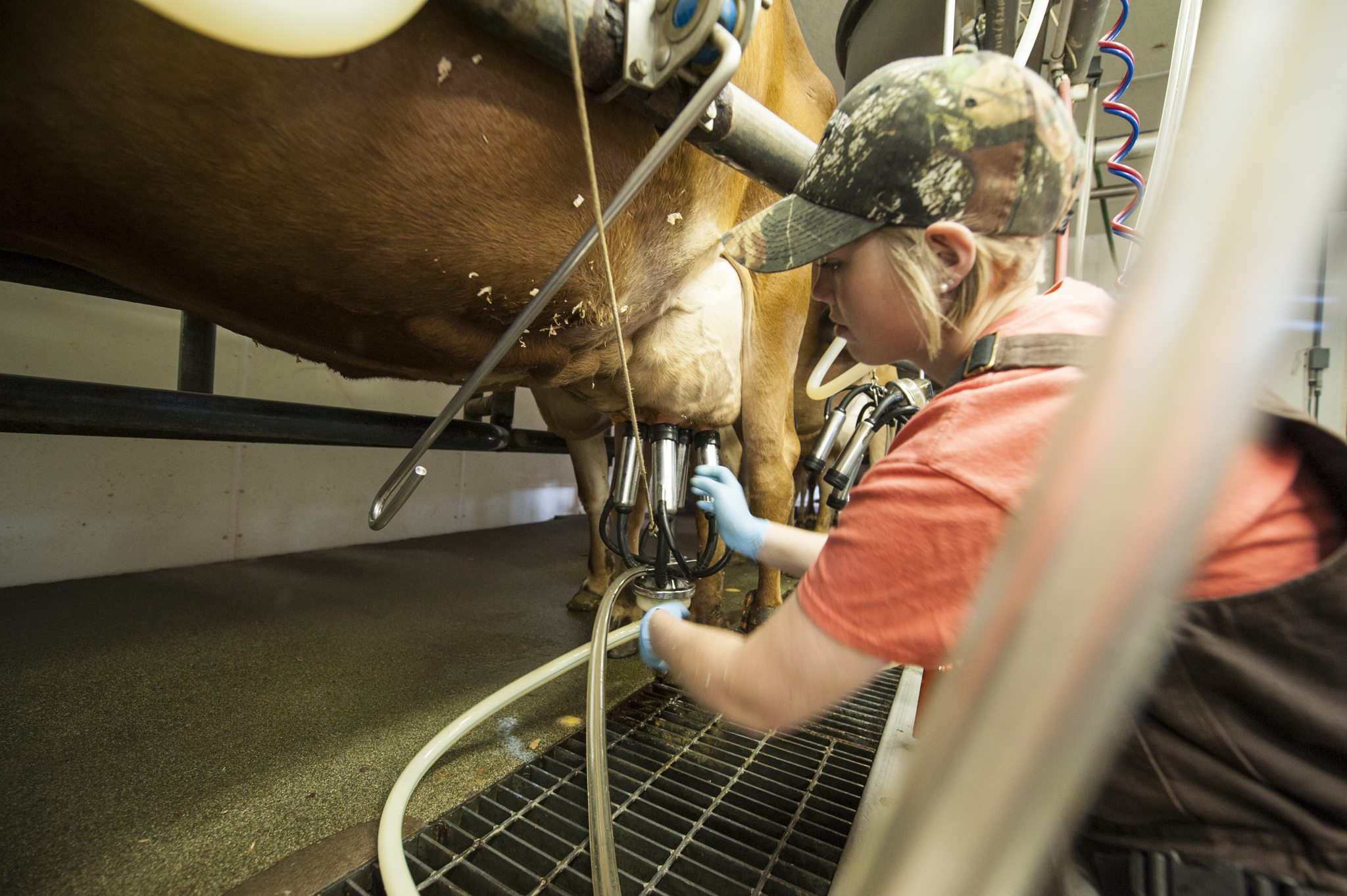