CORVALLIS, Ore. — In a new book based on nearly 30 years of study, Oregon State University researcher Steven M. Ortiz delves into the marital realities facing women married to professional athletes, including infidelity, sexism and a significant power imbalance in their relationships.

“The Sport Marriage: Women Who Make It Work,” from the University of Illinois Press, is the culmination of an extensive research project involving hundreds of hours of interviews with athletes’ wives, which Ortiz conducted between 1989 and 2016. As the first researcher to take this approach, Ortiz focused on heterosexual marriages with professional baseball, football, basketball and hockey players.

“This book is about the subordination of women and gender inequality,” said Ortiz, an associate professor of sociology in OSU’S College of Liberal Arts. Despite major changes in society and sports since he began his research, not much has changed for women in sport marriages, Ortiz said, because the status quo favors men.

Ortiz analyzes sport marriages as the prototypical “career-dominated marriage,” which he defines as a marriage between a man and a woman where the man works in a male-dominated occupation such as business, law enforcement, medicine, politics or military.

He writes that women in sport marriages are expected to make significant contributions to their husbands’ careers while taking full responsibility for managing the couple’s domestic life, whether or not the woman has her own career. This arrangement allows the man to focus on his career, which will always take precedence over family and marital relationships.

In the book, he identifies many unwritten rules the women he interviewed were expected to follow, which governed nearly every aspect of their lives. For example, they were obligated to keep team secrets, such as infidelity by teammates, and conform to strict standards of physical appearance in their public life.

Many of these marriages began before the husband turned pro, so the women were unprepared for the lifelong commitment to total self-sacrifice that would be expected of them.

Ortiz said that gaining access to the private worlds of athletes’ wives was challenging because they are heavily protected by their husbands and sport organizations.

His first study, from 1989-1993, included 47 wives and 19 other individuals including husbands, an ex-wife, and members of team management. Ten wives came back for the second study from 2015-16, along with seven new wives, bringing the total number of participants to 83.

Ortiz wrote “The Sport Marriage” to be accessible to a wide range of general and academic readers, and to be useful in a classroom setting for those who teach courses on themes such as social psychology, sociological theory, family, gender and sports.

The text includes advice from athletes’ wives to women considering marriage to a professional athlete, including the warning that their husband’s career will always be his top priority, and that they should learn as much as possible about his career aspirations and his family history before marriage.

“The Sport Marriage” is available for purchase through all major booksellers starting Aug. 24. 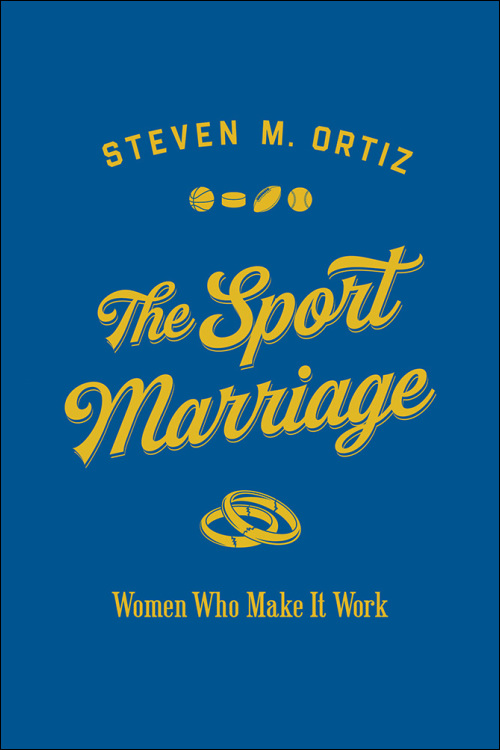