A new federal report on the impacts of climate change release on Friday – that includes a chapter focusing on the Pacific Northwest – warns that more years like 2015 may lie ahead for the region and they may be even worse.

“Unless we rapidly reduce the amount of carbon we’re putting into the atmosphere on a global basis, we will increasingly experience extreme weather events – and the Northwest will not be exempt,” said Philip Mote, director of the Oregon Climate Change Research Institute at Oregon State University and a co-author on the Pacific Northwest chapter.

“The impacts in 2015 were profound and affected natural resources, public health and local economies. I wish I could say that year was an anomaly, but it is likely that those conditions will become more and more frequent.”

The Northwest chapter included authors from Oregon, Washington and Idaho representing universities, state and federal agencies, Native American tribes, and private industry.  They organized the chapter by looking at the impacts of climate change on natural resource economy, the natural world and cultural heritage, infrastructure, health, and frontline communities.

“Although we are looking at same great challenges in the future – especially if we have repeated years like 2015 – there are things resources managers, businesses and citizens can do to increase their resilience to climate change,” said chapter lead Christine “Kris” May of Silvestrum Climate Associates.

How bad was 2015? The Northwest experienced its warmest year on record, with the annual average temperature 3.4 degrees (F) warmer than the 30-year average. Winter was worse, with temperatures averaging 6.2 degrees (F) above normal. The report notes that “the warm 2015 winter temperatures are illustrative of conditions that may be considered ‘normal’ by mid-century.”

As a result of the high temperatures and sparse precipitation, snowpack levels in Oregon and Washington were the lowest on record: Oregon was 89 percent below average, Washington, 70 percent. This “snow drought” led to lower river levels that affected many farmers, who received reduced allocations of water for irrigation or had their water shut off early. In Eastern Oregon’s Treasure Valley, for instance, farmers received only a third of their normal irrigation water because the Owyhee Reservoir received inadequate river inflows to fill the reservoir for the third year in a row.

Mote said the region has warmed substantially – nearly two degrees (F) since 1900 – with a corresponding reduction in mountain snowpack. The shorter winters and earlier springs may make for nice weather, he says, but increasingly provide challenges because of reduce stream flows in summer and fall. It also has a costly effect on winter recreation.

“The skiing industry is being hit hard by climate change because what used to fall as snow around the 5,000-foot level increasing is falling as rain,” said Mote, who was a lead author on two Intergovernmental Panel on Climate Change (IPCC) reports. “The difference between a low snowfall year and a high snowfall year in the Northwest equates to 2,100 fewer employees and a $173 million reduction just in ski resort revenues.”

The researchers say some of the adaptation methods being looked at in the Northwest include vintners experimenting with different varieties of wine; timber companies planting more drought- and heat-resistant trees; and farmers utilizing flexible cropping methods, conservation tillage and dryland farming techniques. More cities and counties are including climate change mitigation in their planning.

“The more planning for adaptation and mitigation the better,” Mote said, “but there are some supreme challenges – especially for isolated communities, tribal communities and others that rely on natural resources. Water availability, water quality and infrastructure are foundational issues moving forward.” 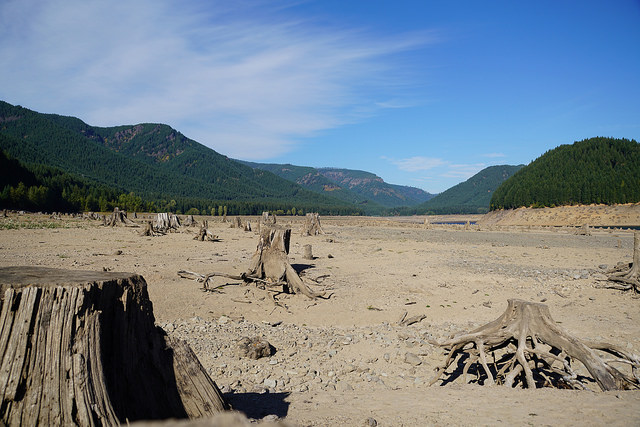