CORVALLIS, Ore. – A new species of fish discovered in the Amazon basin in Brazil by two Brazilian researchers has been named Leporinus sidlauskasi, in honor of Brian Sidlauskas, associate professor and curator of fishes with the Department of Fisheries and Wildlife at Oregon State University. The researchers are colleagues of Sidlauskas.

Sidlauskas has spent nearly two decades studying Neotropical fishes around the world, and has discovered several new fish species. He was part of a team in 2017 that identified a new species of fish and named it after the Irish singer Enya, because it was found in the Orinoco River (one of Enya’s hit singles was “Orinoco Flow). Now Sidlauskas joins Enya in the honor of having a fish named for him.

The new fish is part of the genus Leporinus, meaning ‘little hare’ in reference to its rabbit-like teeth. It was found in the Teles Pires River in the Amazon basin, a tributary of the Amazon that Sidlauskas hasn’t yet explored. Researchers identified it as a new species based on its unique color pattern as well as its number of teeth and scales. It was found near the Sete Queas rapids. According to the Brazilian researchers Heraldo Britski and José Birindelli, it appears to be fairly abundant in its natural habitat. Birindelli also was a co-author with Sidlauskas on the discovery of the Enya fish (Leporinus enyae).

“This is one of the highest honors in my career to date, and I feel rather overwhelmed to know that such a species will carry my name long after I’m gone,” Sidlauskas said. “The fact that the newly discovered fish belongs to a family that I have studied for years makes the honor very personal, and also indicates that my international colleagues have found my scientific contributions helpful and meaningful, and have embraced me as part of the community of scholars studying the incredible diversity of the neotropics.”

There are many ways to identify new fish species, Sidlauskas said, including distinctive anatomy and coloration, geographic distribution, genetics or even behavioral difference.

“One way or another, we’re looking for substantial evidence that the new species represents a collection of individuals on an evolutionary trajectory distinct from all other known species,” Sidlauskas said.  Paper reviewers and journal editors are the initial arbiters of whether the species is distinct enough to merit a new name, but other scientists can challenge the initial findings if they find additional data.

Sidlauskas has never seen ‘his’ fish in person but would love to go snorkeling and see it in the wild someday. He’s also considering commissioning an artist to depict the new fish and celebrate the discovery.

While Sidlauskas has named a number of fish species over the years, including several after other scientists, he said some day he’d like to return the favor and name a fish after the Brazilian scientists who have honored him. Currently he’s studying sculpins in Oregon, and the impact of hydropower dams on fish in west-central Africa. Next year, he has a Fulbright Fellowship to Brazil, where he plans to collaborate with Birindelli on taxonomic, anatomical and evolutionary studies of fishes related closely to the one that’s been named after him.

“Discoveries like this one highlight how little we really know about the natural world around us, and illustrate that we lack names for many of the leaves of the tree-of-life, let alone even a basic understanding of the biology, ecology and behavior of many creatures that share the planet with us,” Sidlauskas said. “Ideally, such discoveries will help us to think carefully about how we alter the world’s rivers, and inspire us to leave enough of the world unaltered that generations to come will have the chance to marvel at the diversity that still teems within those waters, to make new discoveries of their own, and to appreciate a beautiful fish named Sidlauskas that still thrives in a corner of the grandest watershed on the exquisite planet we call Earth.” 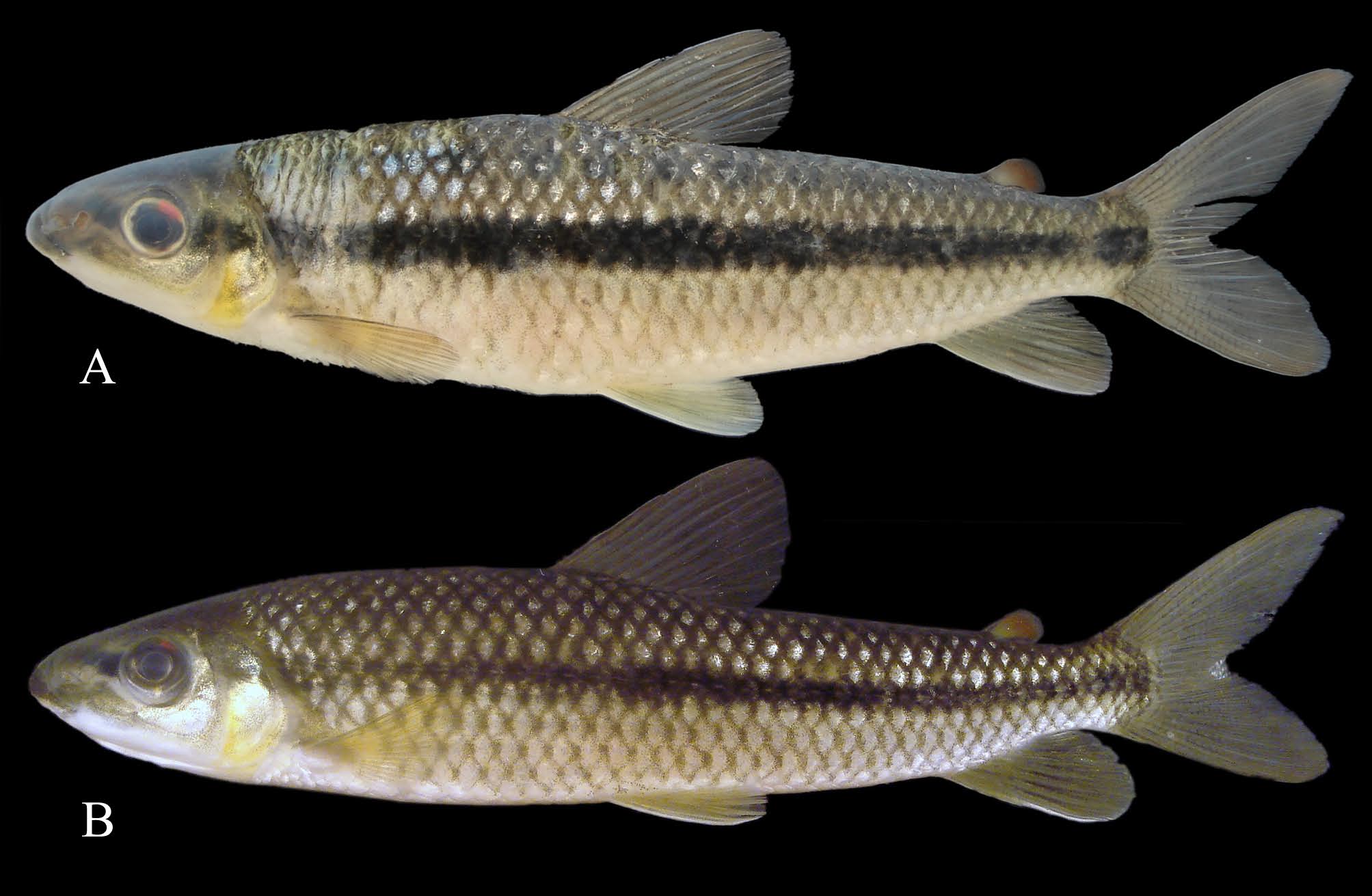